Andy Warhol and Paul Morrissey’s Blood for Dracula comes to Blu-ray in a new Special Edition!

Desperate for virgin blood, Count Dracula (Kier) journeys to an Italian villa only to discover the family’s three young daughters are also coveted by the estate’s Marxist stud (Joe Dallesandro of Morrissey’s Flesh, Trash and Heat). Stefania Casini and Bicycle Thieves director Vittorio de Sica co-star in one of the most unique underground horror films of the 1970s, now scanned uncut in 4K from the original negative and available on Blu-ray for the first time ever.

This new 3-disc collector’s item is packed with special features, including numerous interviews with the cast and filmmakers. Check out the new artwork below and click here to order your copy. 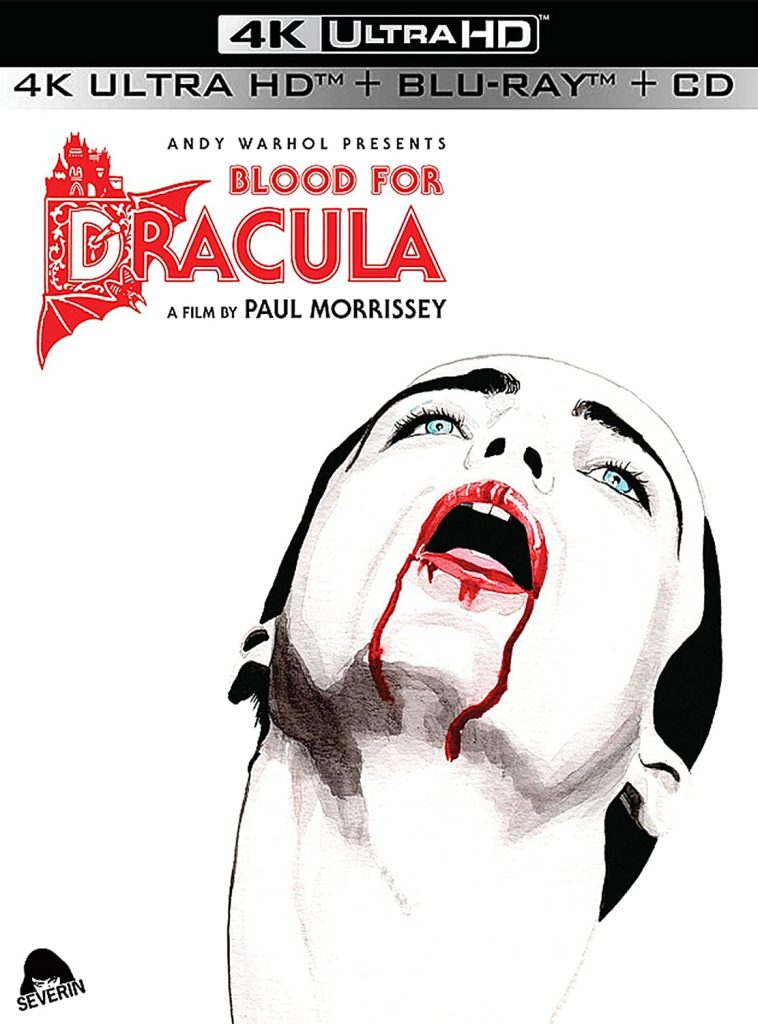