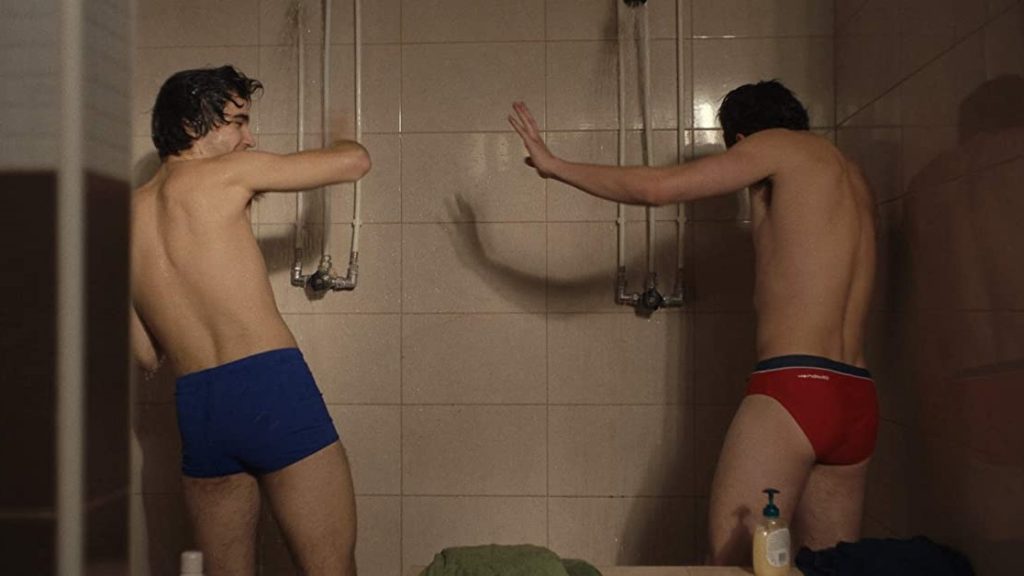 Isaac
The debut film from directing duo David Matamoros and Angeles Hernandez, Isaac employs two different timelines to tell the story of two couples who clash together. Former childhood friends Denis and Nacho (Ivan Sanchez and Pepe Ocio) had an intense relationship as teenagers. After years apart, they meet in a café and seemingly regain those distant ties of trust, affection and complicity. Denis, who needs money for a business venture, doesn’t hesitate in asking Nacho for a loan. From there begins a game of mutual dependencies in which the two men’s partners – Marta (Maria Ribera) and Carmen (Erika Bleda) – are both implicated. And if this four-way collaboration was not complex enough, loose ends, social pressures, ambition, repressed desires and the guilt that has been weighing on the two men for many years further complicate this intense story of polyamory. 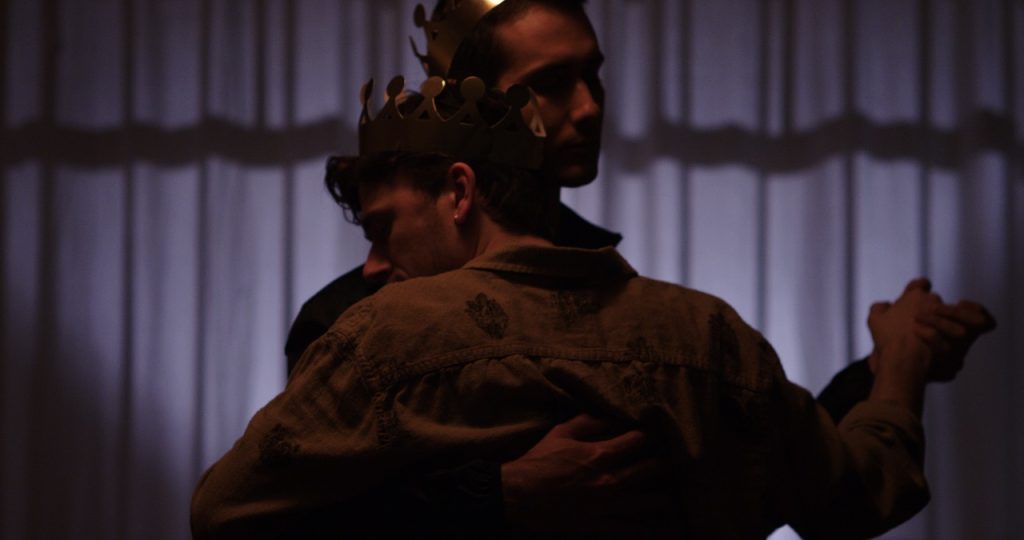 Here Comes Your Man
What begins as a simple hookup blossoms into an unlikely romance between two young men in this charming and deeply sexy gay romantic comedy. When Jordan (Calvin Picou) and Aaron (Jason Alan Clark) meet in person after exchanging pics through a hook-up app, their initial tryst is fraught with the kind awkward tension that suggests they might not be a perfect match. On top of that, Aaron is unaware that Jordan is, for all intents and purposes, “straight” and in a hetero relationship. The two go their separate ways and, confused about his sexuality, Jordan impulsively blocks Aaron’s number. When they run into each other again weeks later, the full truth comes out… and they find something undeniable about their strange romantic chemistry. But turning a one-night stand into “happily ever after” is not quite as easy as it seems. 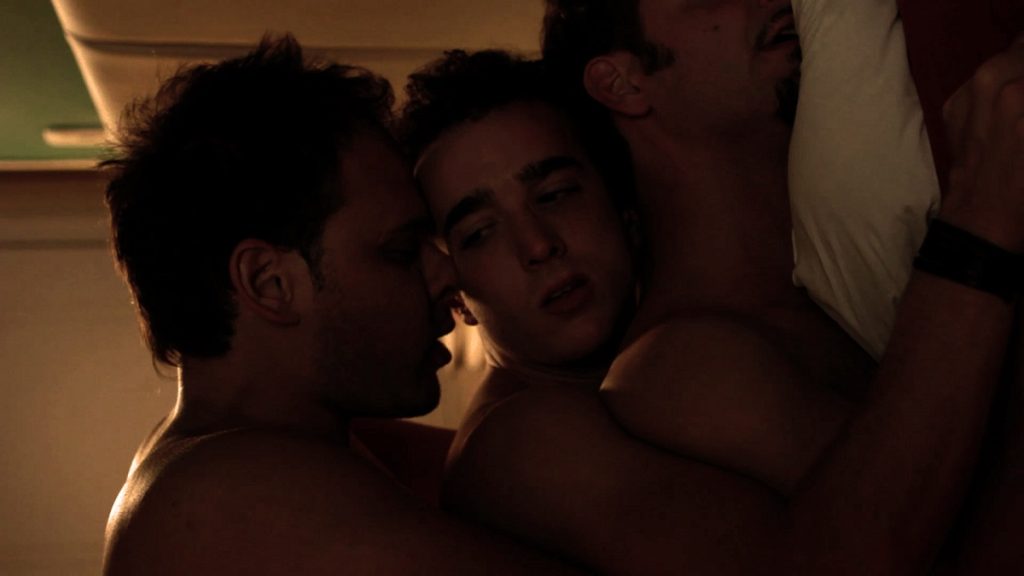 The Third One
In the extended pre-title opening to The Third One, we’re treated to raunchy online conversations and video chats between Fede (Emiliano Dionisi), a college student, and an attractive gay couple in their early 40s (played by Carlos Echevarría and Nicolás Armengol). After a few heated internet encounters, the three of them decide to meet in person. Unfolding largely in real time over the course of one night, this deceptively simple from director Rodrigo Guerrero concerns a ménage à trois – the planning stage, the main event and the aftermath. Light on conflict, but heavy on tension, the film aims to simulate a modern gay threesome as believably as possible – and it succeeds. This is a sex positive movie that looks at taboos – open relationships, intergenerational affairs – with a fair eye and celebrates the enchanting effect that one night of honest, uninhibited passion can leave you with in the morning. 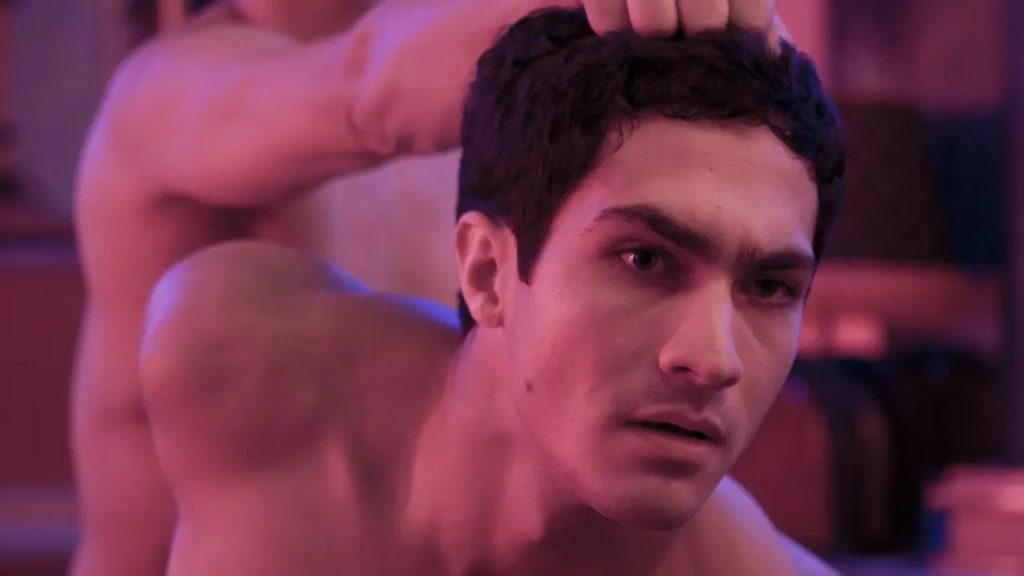 Death in Buenos Aires
Death in Buenos Aires is a gripping police thriller about corruption, paranoia and the secret gay lives of the wealthy elite of Buenos Aires during the politically tumultuous 1980s. At the scene of a murder of one of the city’s high society figures, veteran police inspector Chavez (Demian Bichir), runs into Gomez (Chino Darin), a.k.a. “El Ganso” (“The Goose”), a handsome rookie cop with dreams of advancement. When Chavez uncovers that the murder may be linked to a small-time hustler and the gay nightclub La Manila, the detective sends the rookie undercover to pose as a young hottie on the prowl for an older benefactor. As they come close to luring out the killer, the erotic charge of their new surroundings triggers changes in both Chavez and Gomez. Director Natalia Meta‘s deeply involving debut film delivers rich, multi-faceted characters that match the complexity of its riveting story. 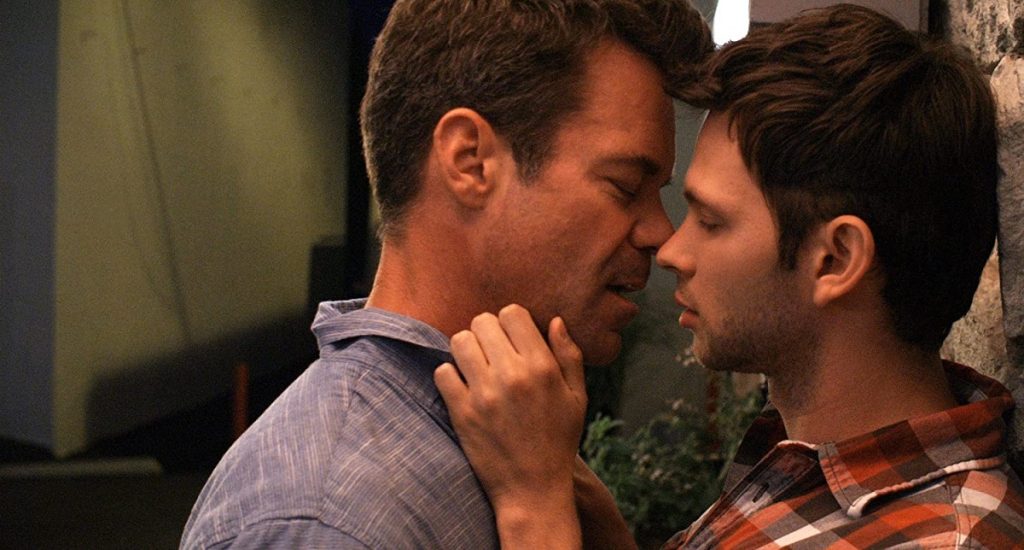 Retake
Tuc Watkins stars in writer-director Nick Corporon‘s romantic road film as Jonathan, a lonely, middle-aged man who hires a male sex-worker (Devon Graye) in San Francisco to join him on a trip to the Grand Canyon. Jonathan insists on calling his hunky companion “Brandon” and lays out specific rules for their role-playing – he wants to play daddy and expects “Brandon” to be his submissive boy toy in bed and in public. A feeling of menace and allure underscores Jonathan’s actions as the trip commences between the two strangers. But as “Brandon” digs deeper for clues and begins to ferret out the truth, he also realizes that his feelings for Jonathan go far beyond the usual client/hustler relationship. As the duo draws nearer to their geographical destination, the emotions of both men spill out and threaten to expose the carefully constructed world Jonathan has paid to create.