Three LGBTQ projects from Mattioli Productions are available on DVD and Blu-ray starting this week!

Mattioli Productions is a trans-owned full service production company that serves the LGBTQ community by telling their stories through groundbreaking, globally distributed work. Their creative and ambitious works span several genres including comedy, drama, horror, documentary, music videos and reality TV audition reels. Their goal is “to produce content that genuinely represents the LGBTQ community while keeping our stories our own, and increasing our visibility in mainstream media.”

The company is headed by namesake AJ Mattioli, a Queens-born, NYC based, trans producer/director with 16+ years in the entertainment industry. His work has been celebrated at the Queens Museum, The United Nations, The NY Times, The Advocate, Huffington Post, Gay Star News and many others! As a go-to trans producer for queer filmmaking, he’s worked with some of the hottest LGBTQ+ celebs, including Sasha Velour, Shakina Nayfack, Bob The Drag Queen, Cory Wade, Rain Dove, Vincent DePaul, Carmen Carerra, Miss Fame and many more.

We’re thrilled to announce that three exceptional works from Mattioli Productions – the short film Neon Boys, the feature film Your Eyes on Me and the episodic series Bombshell – will be available on DVD and Blu-ray, exclusively at TLAgay, starting this week. Check out the selections below and make sure to order your copies. 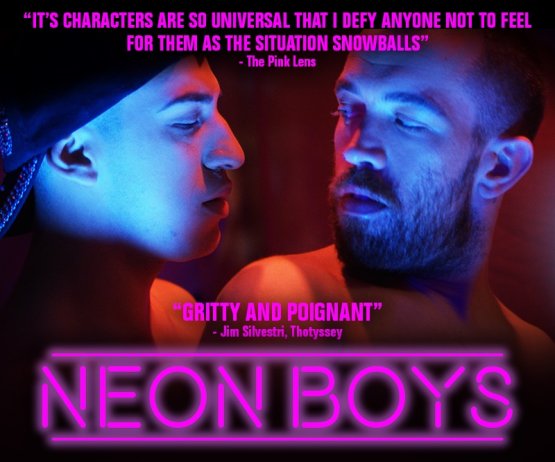 Neon Boys
To be a father, you have to make difficult choices. Having a hard time landing a job after spending time in prison, Shawn (Matty Gliteratti) decides to try his hand at making ends meet by working as an erotic dancer. It’s all in an effort, ultimately, to support his daughter. While he’s there, though, stripping down to make some cash, he finds that he’s beginning to fall in love with a man… for the first time in his life. A stylish, candy-colored and deeply heartfelt short film from prolific indie director AJ Mattioli and co-director/star Jonathan Salazar, Neon Boys has charm and sex appeal to spare. This thirty-minute short also co-stars accomplished character actor and multiple award-winner Vincent De Paul.

Click here to order your copy of Neon Boys on DVD or Blu-ray! 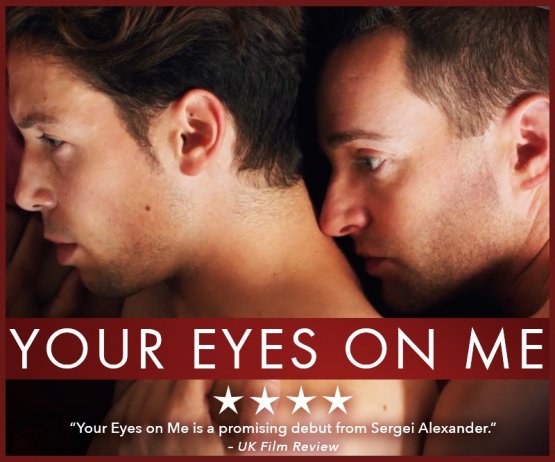 Your Eyes on Me
Your Eyes on Me tells the story of a romantic encounter that changes the life of a drag artist forever. The film follows Gloria (Paul Stone), an accomplished drag queen whose life changes in a variety of unexpected ways when she meets Kandi (Jean-Philippe Boriau), a drag virgin auditioning for her next show. As the bond develops between the two, their relationship takes an unexpected turn. Suddenly the past – and the choices that Gloria made as a young man – come into stark reality. A touching drama from writer-director Sergei Alexander, Your Eyes on Me has earned rave reviews from critics. Film & TV Now called it “compactly structured with an effectively shocking revelation which confounds the very core of emotions.”

Click here to order your copy of Your Eyes on Me on DVD or Blu-ray! 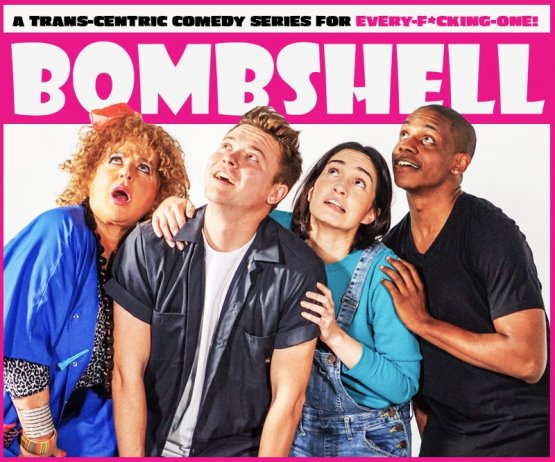 Bombshell
Bombshell is a short web comedy about Jay (Ellis David Perry), a queer transman navigating the shark-infested waters of LA’s gay dating scene. He’s young, he’s single, and he’s really just looking for fun and sex, meeting guys mostly on hookup apps. But, when the bedroom door closes, his private world becomes an arena for cis men and the questions they only feel safe to ask in private. Jay’s chosen family is with him on his journey: Selena (Jessica Rosas), Darlene (Cheril Vendetti) and Penis Mascot (Charles Johnson), the cartoon caped penis who personifies his id. When he meets Joe (Havon Baraka), a kind guy who’s really into him, he must learn self respect to save any hope for his new relationship.

Click here to order your copy of Bombshell on DVD or Blu-ray!