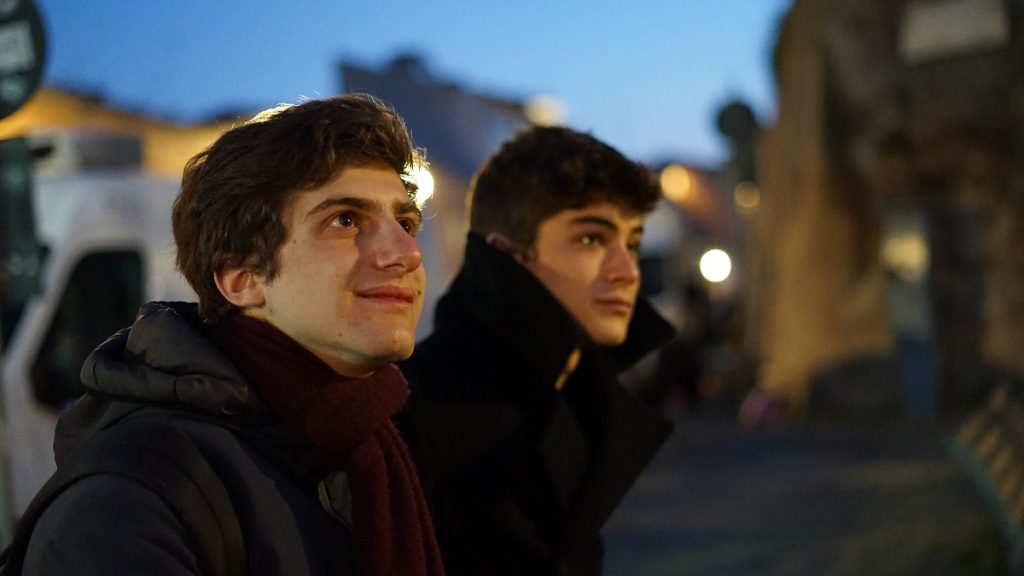 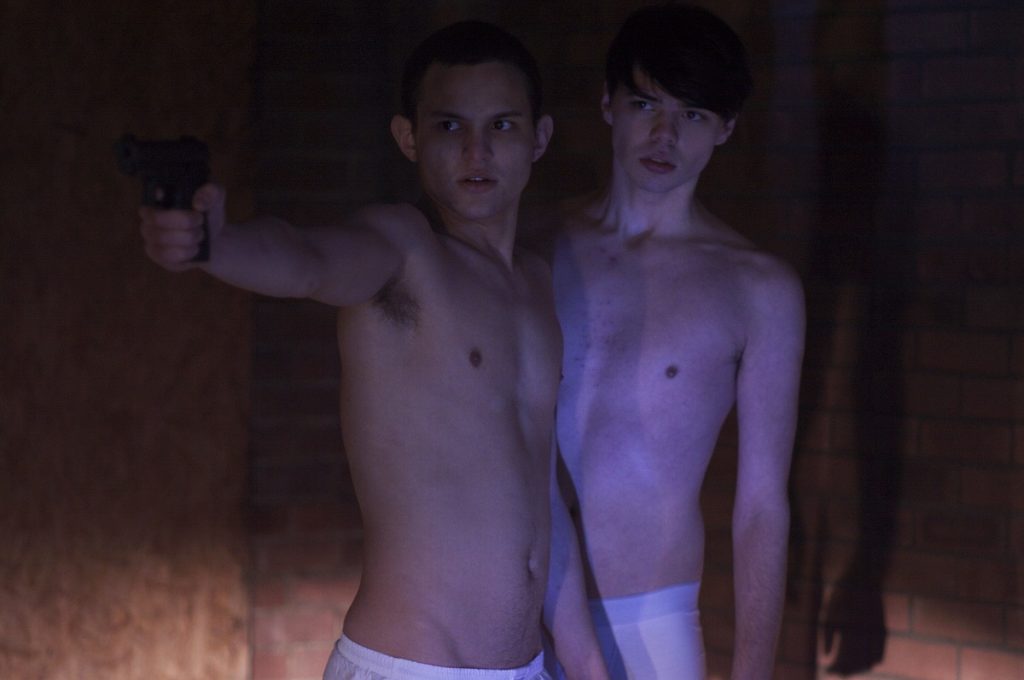 Cal
An unexpected follow-up to the hit 2009 gay indie Shank, the startling and impassioned British drama Cal follows a young gay man searching for love, respect and acceptance. Twenty-year-old Cal (Wayne Virgo, reprising his role from the original film) returns home to Britain from France after receiving news that his mother is ill. He finds his home city of Bristol facing hard economic times – with poverty and crime on the rise. While navigating his way across the new landscape, he meets Jason (Tom Payne), a young student in need of help. Unfortunately, Cal’s kindness toward Jason brings him into contact with some very dangerous locals. 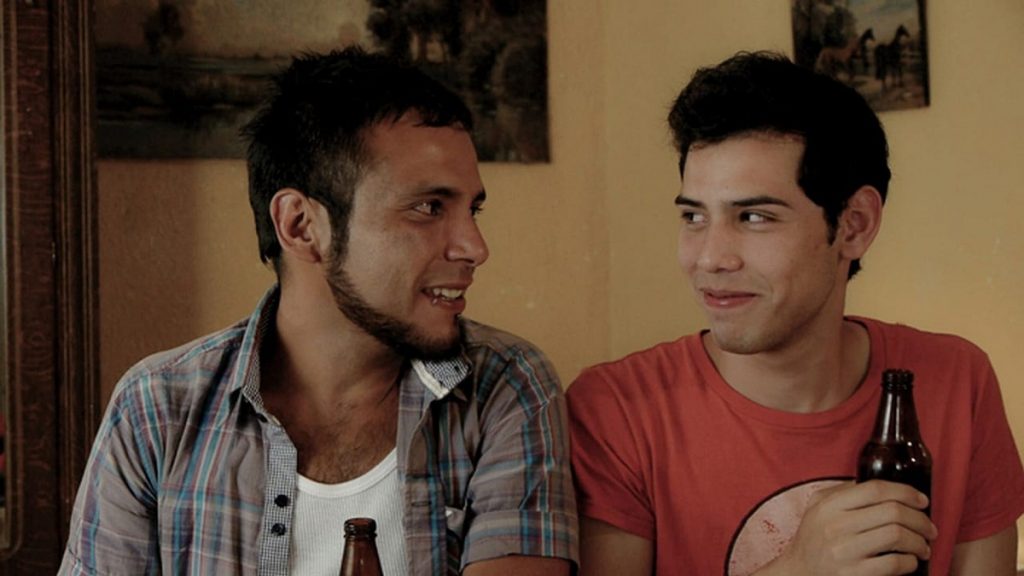 Peyote
Pablo (Joe Diazzi), a shy teenager, meets Marco (Carlos Luque), who is a few years older than him. Together they go on a impromptu road trip to the Mexican desert. Over the course of their journey, the trip will make them face what they really mean to each other. The full experience will turn Pablo’s life around, changing his points of view, his strength… and his own sexuality. Beautifully crafted by Mexican writer-director Omar Flores Sarabia, making his feature-length film debut after a series of noteworthy short films, Peyote tells the story of two guys and a video camera that will record their friendship, struggles and the possibility of finding a brand-new destiny. 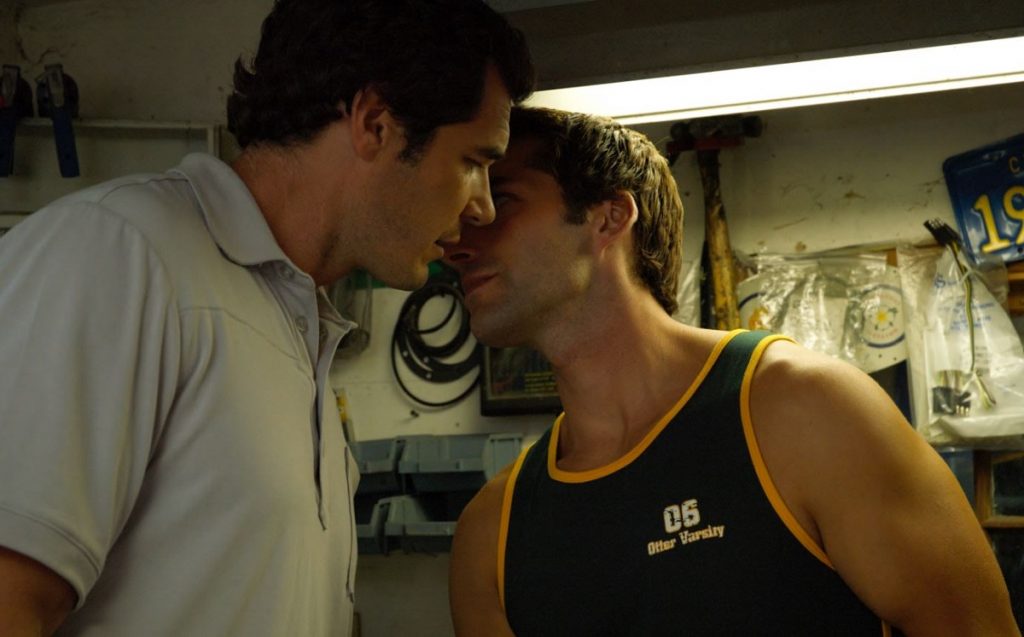 Mulligans
Sweet, smart, and funny, Mulligans is more than a poignant family drama and more than a coming out movie. When young Tyler Davidson (Derek James) invites his hunky college buddy Chase (Charlie David) home for the summer holidays, he never expects that it will create any simmering sexual tension. An unexpected connection is formed and a secret is soon revealed that threatens to tear his perfect family apart. When Tyler’s mother, Stacey (Thea Gill), discovers that her husband Nathan (Dan Payne) is having an affair with their son’s best buddy, the Davidson family’s world begins to collapse. The summer is ripe with adventure, revelations and betrayal as this family learns how to laugh, cry and love again. 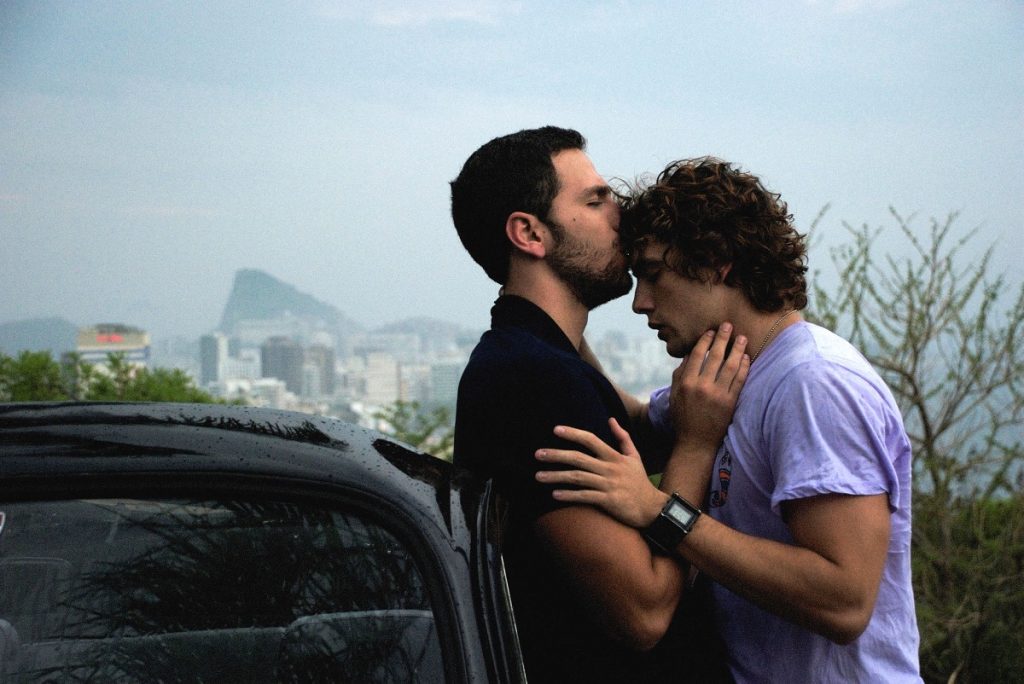 From Beginning to End
Set in a sun-burnished Brazil, the controversial gay classic From Beginning to End follows Francisco (João Gabriel Vasconcellos) and Thomás (Rafael Cardoso), half-brothers who are being raised in upper class comfort. Five years apart, the boys are best friends and unusually close – so much so that their intimacy brings vocal concerns from relatives. Fast-forward several years and Francisco and Thomás are now strikingly handsome, bronzed young men… and their childhood intensity has evolved into a torrid sexual relationship. But when Thomás is offered a chance to train for the Brazilian swim team in Russia for a long period of time, the proposed separation threatens their questionable relationship.