A young woman is murdered. Her body is dismembered. Parts of her body are dumped across Vienna. Two suspects emerge. Neither of them have a clear motive. Based on a true story, this chilling new drama from German filmmaker David Clay Diaz tracks the events of a shocking and inexplicable killing.

Agony focuses on the crime’s suspects: Christian (Samuel Schneider), a law student who sells concessions part-time at a movie theater, and Alex (Alexander Srtschin), an image-obsessed rapper/boxer. Each young man is trapped in his expectations, set against the abstraction of a violent post-modern environment. One of them goes berserk and becomes a killer. 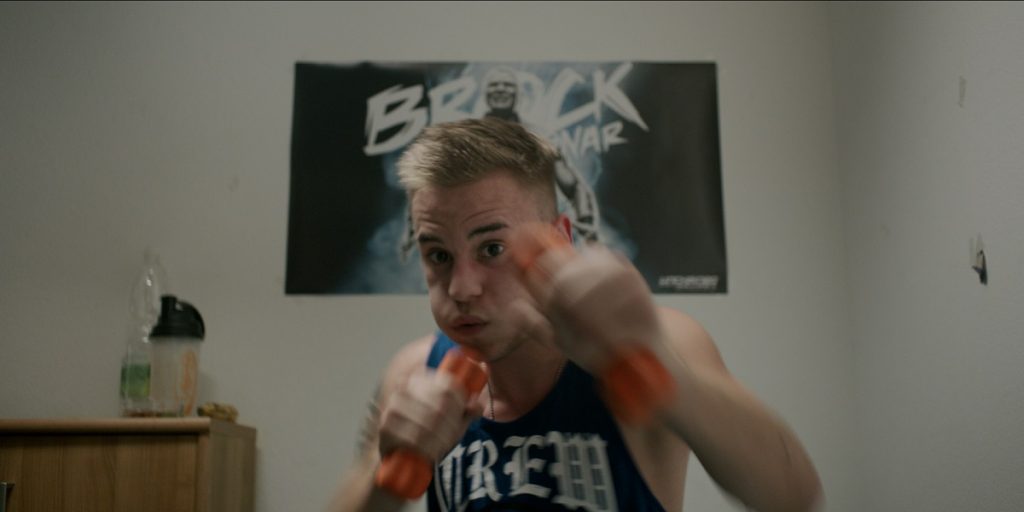 Amounting to much more than a slasher movie, Agony is a split-narrative character study, comparing two distinct male millennial personalities whose stories do not overlap, save for the fact that they each live in Vienna – if two distinct versions of Vienna. Poignant questions of machismo and sexual identity are deftly brought to light.

Check out the trailer for Agony below and click here to pre-order your copy. It’s coming to DVD in November.