Out This Week: Sleeping Giant

The Great Canadian North is the majestic yet haunting backdrop for director Andrew Cividino’s debut feature Sleeping Giant. A character unto itself, the northern shore of Lake Superior exempliﬁes a palpable sense of liberation, freedom and youthful recklessness propelled inevitably into danger and self-destruction in a larger-than-life embodiment of the complexities of adolescence being navigated by its young stars.

Teenager Adam is spending his summer vacation with his parents on rugged Lake Superior. His dull routine is shattered when he befriends Riley and Nate, smart aleck cousins who pass their ample free time with debauchery and reckless cliff jumping. The revelation of a hurtful secret triggers Adam to set in motion a series of irreversible events that test the bonds of friendship and change the boys forever.

Themes of friendship, love and sexuality give way to a desperate grappling with ideas of masculinity and ultimately death as Adam, Nate and Riley struggle to negotiate their place in the world. Actors Jackson Martin, Nick Serino and Reece Moffett deliver performances that are honest and heart breaking, evoking equal parts exhilaration and awe, yet with an inescapable sense of foreboding, leading us on an emotional roller coaster ride through the backwoods of a Canadian summer. The vastly uninhabited, unforgiving landscape explored by the boys in Sleeping Giant is captured by cinematography that beautifully illustrates the underlying chasm between the boys’ social-economic worlds.

“I want to make a ﬁlm that is unabashedly a love letter to what may well be the last generation to be able to grow up free from the chains of cell phones and high-speed internet,” said Cividino. “There is a moment before a boy comes of age that is often lost in the rush to adulthood. That is where Sleeping Giant lives.”

“The boys, Nate, Reese and Adam have not yet emerged into adulthood, but are awakening. There’s a switch that goes on in male adolescence. Maybe it’s testosterone, but all of these things come online: sexuality, for sure, but there are also destructive impulses. And these boys are in this stage of adolescence where they’re waking up to the fact that there’s a larger world around them. That’s when they start to push out, to test where those boundaries are and part of that is through recalcitrance.”

Sleeping Giant won the Best Canadian First Feature Film Award at the Toronto Film Festival and was an Official Selection during the prestigious Cannes’ Critics Week. It’s also been earning race reviews from critics. Globe Mail called it “a masterpiece” and The Toronto Star called it “one of the year’s best films, period.”

Check out the trailer below along with some select images and make sure to order your copy here. The film comes to DVD and Blu-ray via Altered Innocence THIS WEEK. 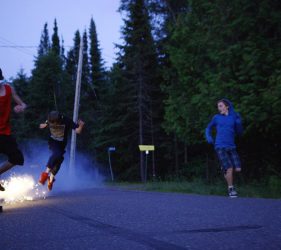 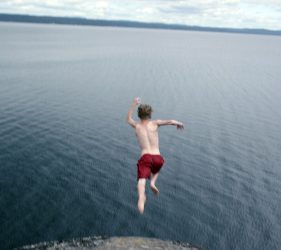 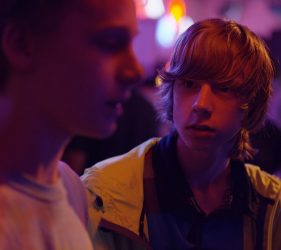 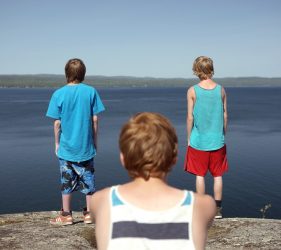 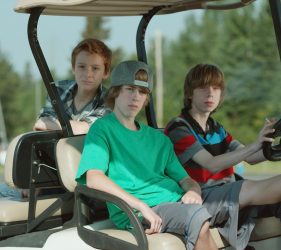 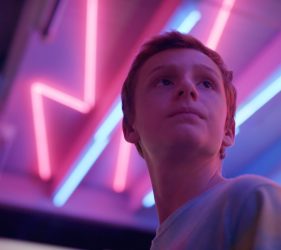