The new film B&B follows gay couple Marc and Fred (Tom Bateman and Sean Teale), who recently went to war when they were refused a double bed at a remote Christian guest house. They won their court case and now they’re back to claim their conjugal rights. Triumph turns to terror, however, when a Russian neo-Nazi checks in. Their weekend of fun soon becomes a bloody battle for survival.

Out this week, just in time for Halloween, comes this smart, brutally funny and dark thriller from veteran British television director Joe Ahearne. “I love Hitchcock and all manner of suspense thrillers but I’ve barely seen any where gay characters are the heroes. I also wanted to do a thriller where there’s a lightness of touch but shocking intensity where you need it,” said Ahearne. “I see this as a black comedy thriller about two guys who take a holiday for a joke which goes badly, seriously, terribly wrong. As the stakes amplify, the last thing they lose is their sense of humour. Imagine the couple from Withnail and I checked into the Bates motel.”

Check out the trailer for B&B as well as a few select images below and make sure to pre-order your copy! The film comes out on DVD this week from Breaking Glass Pictures. 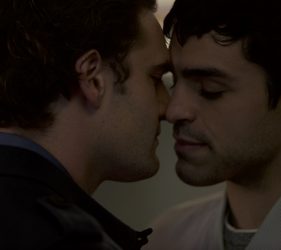 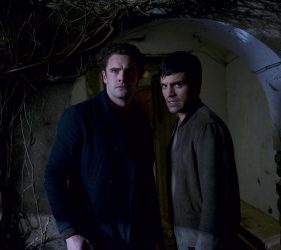 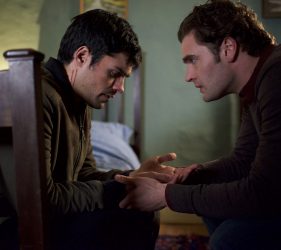