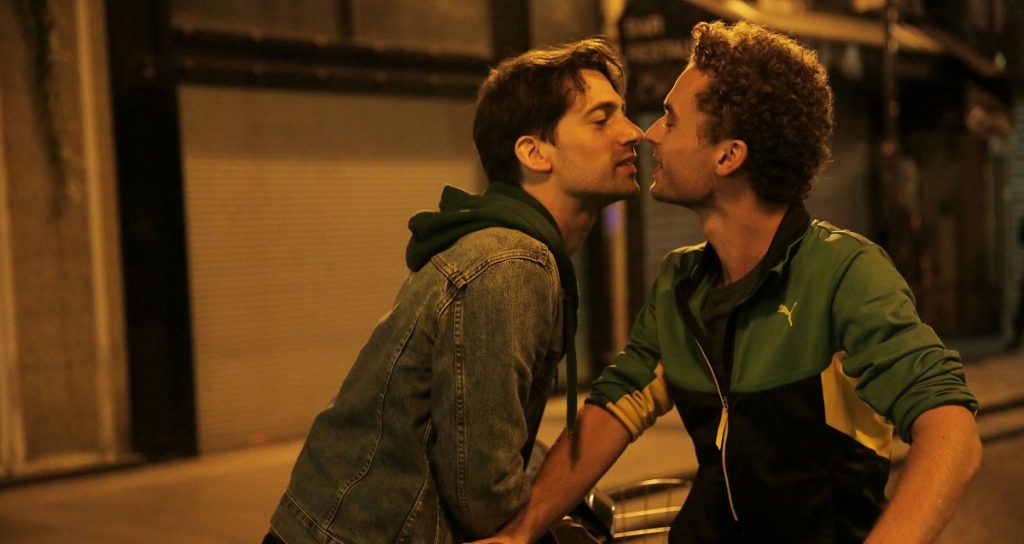 Paris 05:59: Theo & Hugo
From the directors behind The Adventures of Felix, comes a thoughtful and relentlessly sexy romance. It’s after midnight in a Paris gay sex club when Théo and Hugo lock eyes across the crowded room – and their connection is electric. They make their way together and have passionate sex. Afterwards, they leave the club and explore the streets of Paris, drunk with the possibilities of love at first sight, as well as sobered by the risks of their passion. Opening with one of the most jaw-dropping gay sex scenes we’ve ever seen in a movie, the film plays out in real time and follows the connection that grows between these two men. Lead actors Geoffrey Couet and Francois Nambot, both relative newcomers, put everything on display – both emotionally and physically. Their primal sexual connection is palpable. Warning: As stated above, Paris 05:59: Theo & Hugo contains graphic sex and nudity (did we mention that?). Viewer discretion is strongly advised. 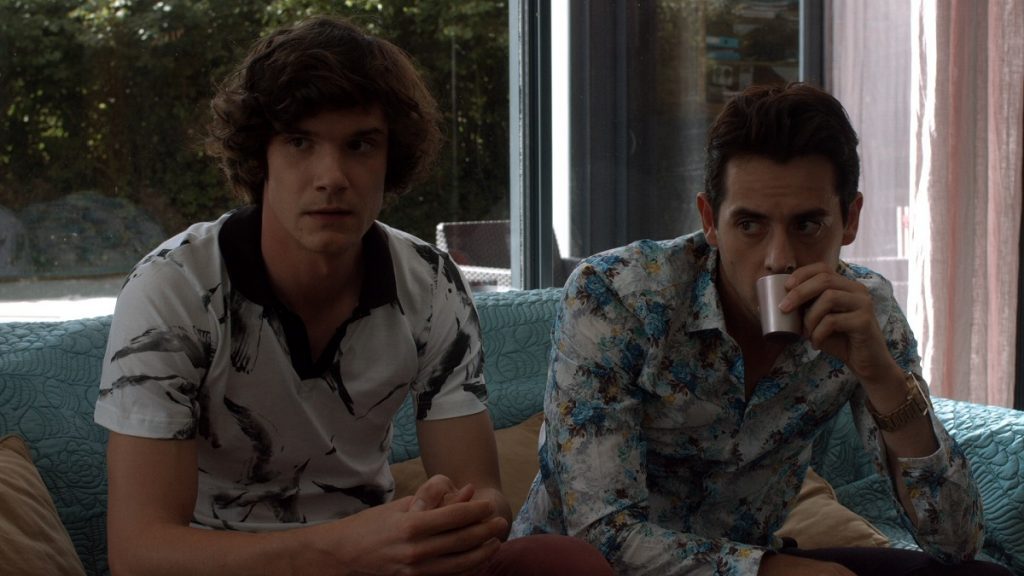 My Life with James Dean
Invited to present his first feature film, My Life With James Dean, at a festival in Normandy, attractive young writer-director Graud Champreux (Johnny Rasse) has no idea that this film tour is about to change his life. From wild stampedes to woeful screenings, from trawler trips to drunken evenings with an admiring young projectionist (Mickael Pelissier), Graud ends up finding inspiration in an unlikely town at the end of the Earth. Sexy and totally charming, writer-director Dominique Choisy’s very meta My Life with James Dean is a tribute to life, love and cinema. It’s now available to watch instantly at TLAgay. 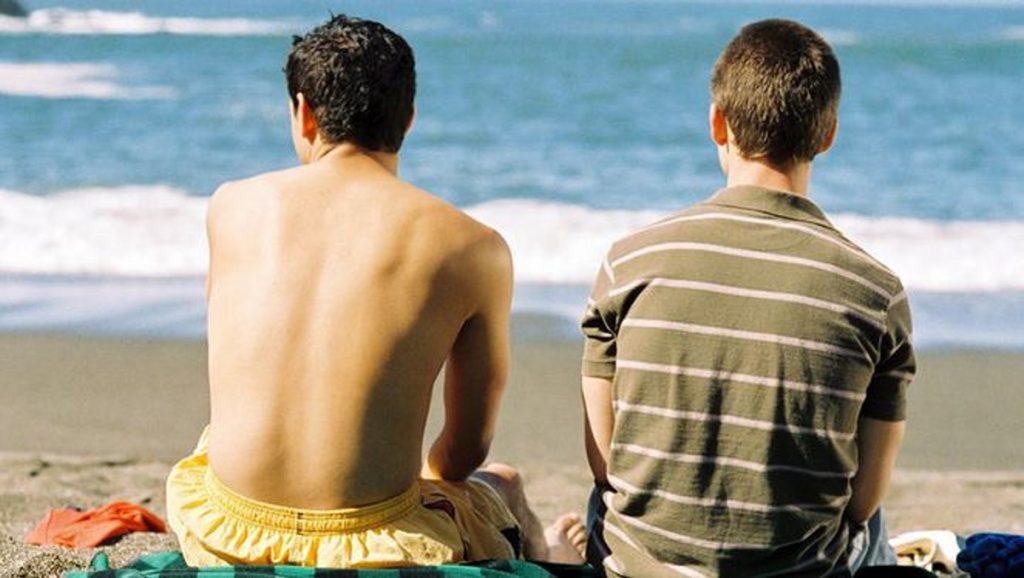 Rock Haven
The coastal California community of Rock Haven is the perfect place for cute eighteen-year-old Brady and his loving mother to begin a fresh start. Their mission: to spread the word of the Lord. But while roaming the beach one day, Brady meets Clifford, a young man who is the complete opposite of him: outgoing and athletic as well as incredibly handsome. Their initial encounter stirs up feelings of desire that Brady has been suppressing. Once Clifford makes it clear that their attraction is mutual, Brady’s conflicting feelings of religious obligation and natural impulse go into overdrive, and the two young men must navigate their confusion, lust and beliefs in order to come to a mutual understanding. Writer/director David Lewis crafts an emotionally realistic drama that instead of shying away from the complex nature of sexuality and spirituality embraces both topics uninhibitedly. 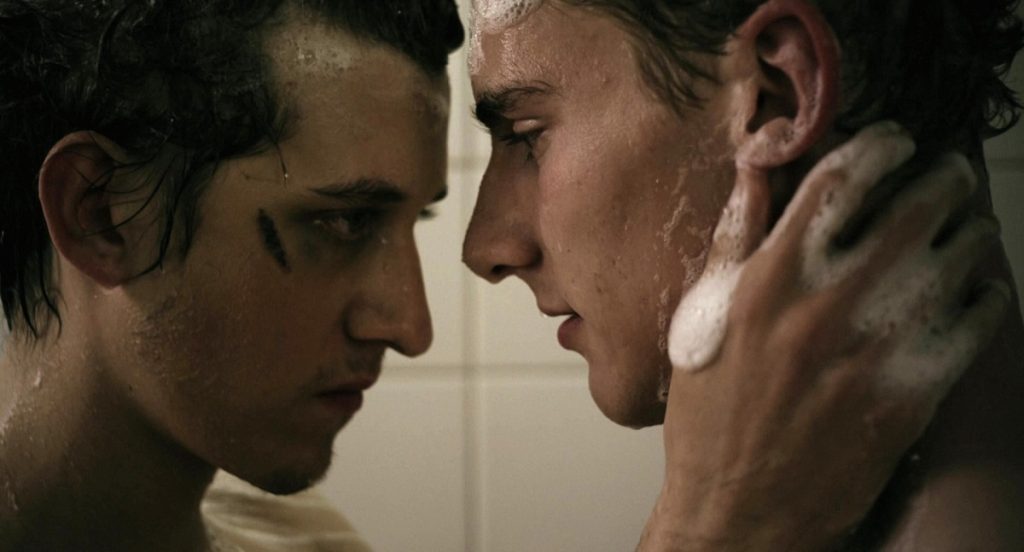 Silent Youth
Infectiously sweet, Silent Youth follows a young man who feels locked inside his own mind, but finds a new love who may hold the key to his emotional freedom. Marlo (Martin Bruchmann), a melancholy dreamer, travels to Berlin to visit a friend and ends up spending most of his time wandering around the city streets, lost in his thoughts. He has a chance encounter with Kirill (Josef Mattes), a like-minded youngster who wears battle scars from a recent run-in with a group of homophobic thugs. A cautious, but complimentary relationship begins to develop, but the more Kirill opens up, the more intrigued (and confused) Marlo becomes about how their relationship should proceed. Writer/director Diemo Kemmesies keeps the plot simple and the pace casual while ratcheting up the romantic tension during quiet, observational moments. His camera lingers on these two subtly charming characters during their most awkward silences, as they try to work up the courage to embrace one another fully. When these adorable misfits finally do come out with their feelings, the scene is all the more heartwarming thanks to the refreshingly casual moments that have preceded it. 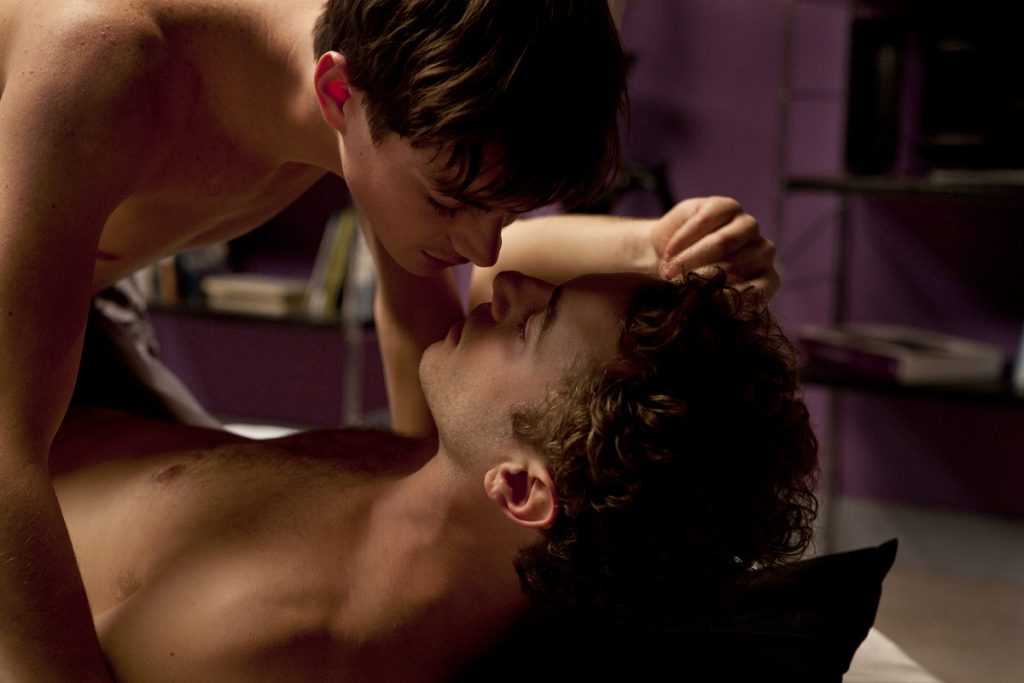 Tell No One
Fast-paced, funny and even a little tear-inducing when it counts, Tell No One is a charming family comedy about successful young man who is long overdue to start telling the truth. Mattia is excited. He’s about to move from Rome to Madrid to start a new job and marry his long-distance boyfriend Eduard. This will solve two problems: 1) He will be much closer to the man he loves; 2) He won’t have to bite the bullet and finally come out to his family. His plan hits a major snag, however, when Eduard, having no idea that Mattia is still in the closet, announces that he has planned a surprise trip to Rome so that he can meet his boyfriend’s folks and ask for their son’s hand in marriage. Stunned by this unexpected news, Mattia has to compose himself quickly and decide whether or not it’s time to tell the truth to his old-fashioned Italian parents. For anyone who has ever struggled with confessing their sexuality to a loved-one, Tell No One should prove a real gem. The actors are superb, generating great empathy for a colorful, diverse cast of quirky supporting characters, and the filmmakers have done a wonderful job blending clever dialog and comic set-pieces with heartfelt moments of emotional poignancy.

The Blonde One
In the suburbs of Buenos Aires, Gabriel (Gaston Re) has just moved in with his colleague, Juan (Alfonso Baron). Shy and reserved, Gabriel is reluctant to follow Juan’s wandering hands and meaningful looks. With a revolving door of beauties streaming out of Juan’s bedroom, his machismo seems firmly in place. However, the attraction between the two men is undeniable. What starts out as a sexual relationship based on convenience of location soon develops into the engrossing evolution of a tender and intimate relationship, which is as sweet as it is heartbreaking. But, as reality begins to set in on their homemaking fantasy, something needs to give… or does it? Written and directed by Marco Berger (the same filmmaker behind Plan B, Hawaii, Sexual Tension: Volatile, Absent, Taekwondo and more), The Blonde One is one of the year’s hottest gay movies.

We Are Thr3e
Nacho (Carlos Etchevers) is an accountant, a seemingly average guy. At a party he meets Ana (Flor Dragonetti), an attractive and self-confident, recently divorced young woman. As the pair are getting to know one another, they also meet an exceedingly charismatic bartender named Sebastian (Juan Manuel Martino), who starts flirting with both of them. Despite their doubts, Nacho and Ana accept Sebastian’s invitation to spend the night at his place. Initially, nothing happens (nothing sexual or overtly romantic, at least). A few days later, they decide to go on a weekend trip to a secluded farm. There, it seems like things will evolve – possibly leading to a a fun and fleeting one-night stand… until Sebastian confesses that he desires a long-term relationship with a man and a woman together. Featuring casual, committed, naturalistic performances, this unique indie film from Argentinian writer-director Marcelo Briem Stamm takes a sexy and provocative look at a modern three-person courtship. 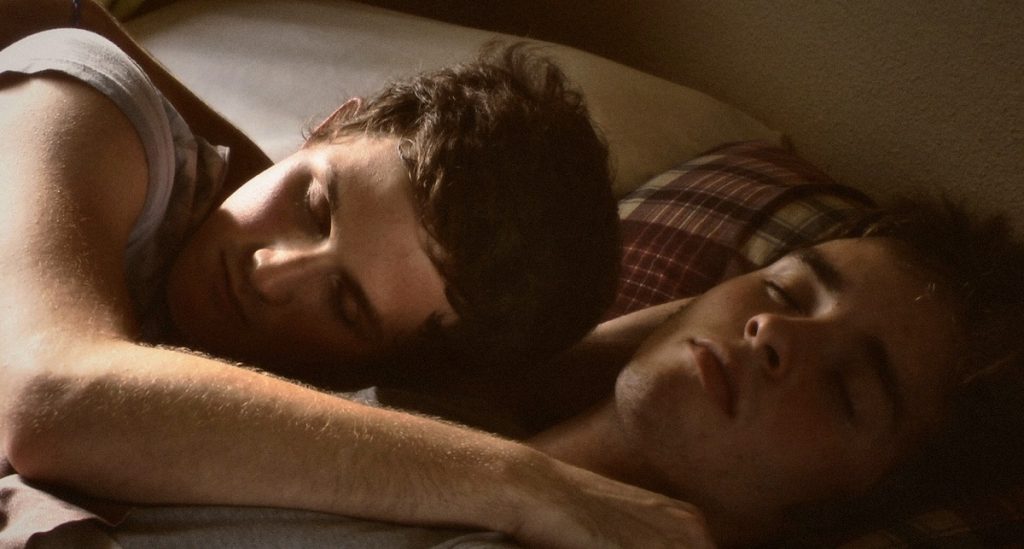 Writer/director Mark Thiedeman‘s Last Summer tells the story of two high school sweethearts, Luke and Jonah (Samuel Pettit and Sean Rose), who spend their final months together over the course of a long, quiet summer in the rural South, contemplating their uncertain future. Jonah, sensitive, quiet and artistic, prepares to leave his small town for college, leaving Luke behind, but all he wants is for Luke to ask him to stay. But Luke, an athlete struggling through summer school, knows that his boyfriend needs to experience the world beyond their home. A beautiful melancholy romance, Last Summer takes on an almost otherwordly vibe. It’s set in an idealistic American South where Luke and Jonah’s relationship is never questioned or taken as anything other than a normal high school romance. Their struggle isn’t with the outside world, but with the passage of time.