Originally released in 1992, Rock Hudson’s Home Movies is a provocatively entertaining and hugely influential film essay from director Mark Rappaport (From the Journals of Jean Seberg, The Silver Screen: Color Me Lavender). It uses a collage of film clips from throughout Hudson’s career, and a winking performance by Eric Farr as a Hudson stand-in, to highlight the homosexual subtext in his work. Subversive, hilarious and profoundly enlightening, its use of video became a model for the future of film criticism as it mutated on YouTube, TikTok and beyond.

Kino Classics is also including some of Mark Rappaport‘s other brilliant investigations into film history in this new special edition. Included are Blue Streak (1971), an expansion of what a “blue movie” really means; John Garfield (2002), a concise portrait of the pugnacious actor, Sergei/Sir Gay (2017), an exploration of Sergei Eisenstein’s sublimated desires; and Conrad Veidt: My Life (2019), an in-depth examination of the anti-Fascist actor who was famous for playing a Nazi in Casablanca.

Check out the new cover and the original trailer for Rock Hudson’s Home Movies below and click here to pre-order your copy. The new special edition will be available on DVD beginning March 22nd. 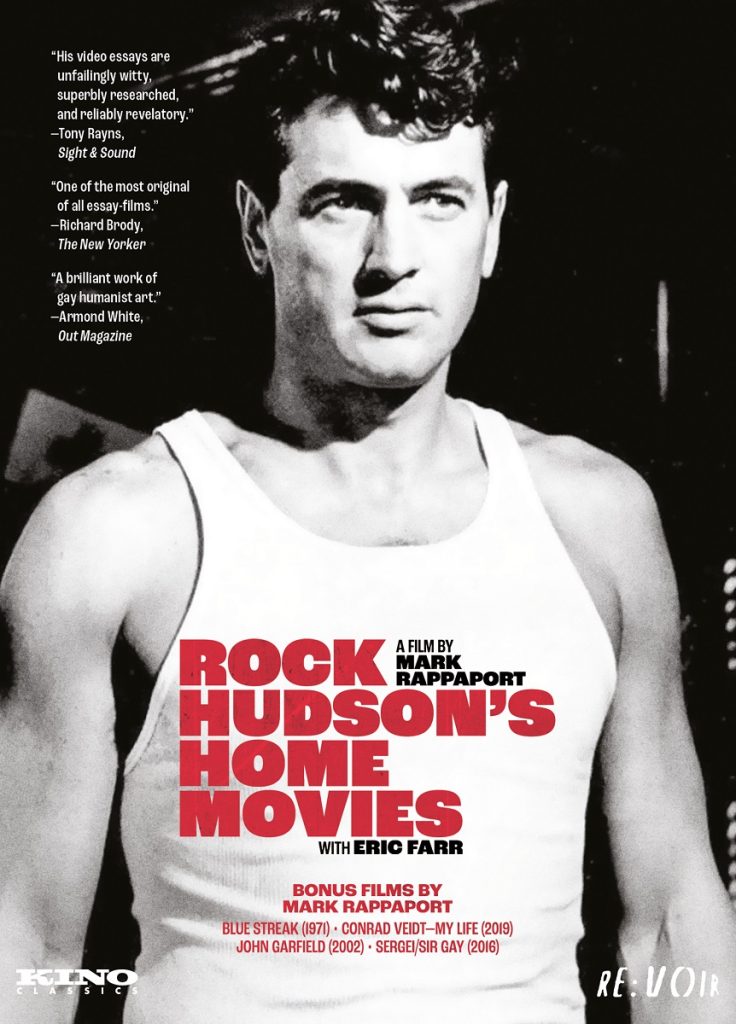 Although it’s attitudes and perspective are somewhat dated, this strange pseudo-doc is often hilarious, highly original and still pretty convincing.

Rock Hudson’s Home Movies, originally released in 1992, offers up a revisionist interpretation of Rock Hudson’s film career and life – and seeks to discover the “real” Hudson through his “reel” persona. Was this Hollywood hunk completely out of touch with his secreted sexuality, or did he, throughout his entire career, offer subtle – or not so subtle – hints at his homosexuality?