The pumpkins are lit, the neighborhood children are stuffed with candy and there’s a crisp chill in the air. It’s Halloween Night and that means it’s time to kick back and relax with a scary movie! Here are 10 recent gay films we liked a lot that we feel might fit the occasion…

Knife+Heart
Easily one of the most acclaimed gay films of the year so far, this sexually explicit throwback thriller from visionary writer-director Yann Gonzalez is an absolute must-see! Vanessa Paradis is incredible as Anne, a savvy French woman who produces third-rate gay porn. After her editor and lover Lois (Kate Moran) leaves her, she tries to win her back by shooting her most ambitious film yet – with the help of her trusted, flaming sidekick Archibald (Nicolas Maury). But when one of her actors is brutally murdered, Anne gets caught up in a strange investigation that turns her life upside-down. Shot on 35mm and featuring a killer retro score from the band M83, Knife+Heart is an ultra-stylish and blood-soaked ode to 1970s-era Brian De Palma, Dario Argento and William Friedkin.

Shadowlands
Directed by Charlie David, Shadowlands is a sexy and stylish anthology film that features three different stories that exploring the erotic and the macabre. The series begins in 1928 with Alex, a plastic surgeon hell-bent on perfection, hosting a house party with an assortment of colorful guests. Amid romantic misfires it becomes apparent that the only person Alex is interested in is himself. Fast forward to 1951 where we meet a gay military couple exploring the idea of opening their relationship while on a remote camping trip… where they meet a mysterious stranger. The stories conclude in 2018 when a painter, mourning the loss of his lover, becomes obsessed with creating a realistic painting of him. The resulting piece is so beautiful and life-like that he is drawn under its dangerous spell.

The Year I Lost My Mind
From prolific German director Tor Iben (Love Kills, The Passenger, The Visitor) comes a brand-new thriller about a lonely young man who becomes dangerously obsessed with a perfect stranger. After encountering him during a burglary, Tom (Alexander Tsypilev), a disturbed young man prone to wearing creepy masks that obscure his quite handsome features, begins stalking and antagonizing the attractive young Lars (Julien Lickert). When Lars finally discovers that Tom is on his tail, and that his intentions may be somewhat sinister, he manages to turn the tables on him, leading to a unexpected game of cat-and-mouse and a shocking confrontation. Sexy and unsettling in equal measure, the tension is palpable in this stylish drama with shades of Alfred Hitchcock. 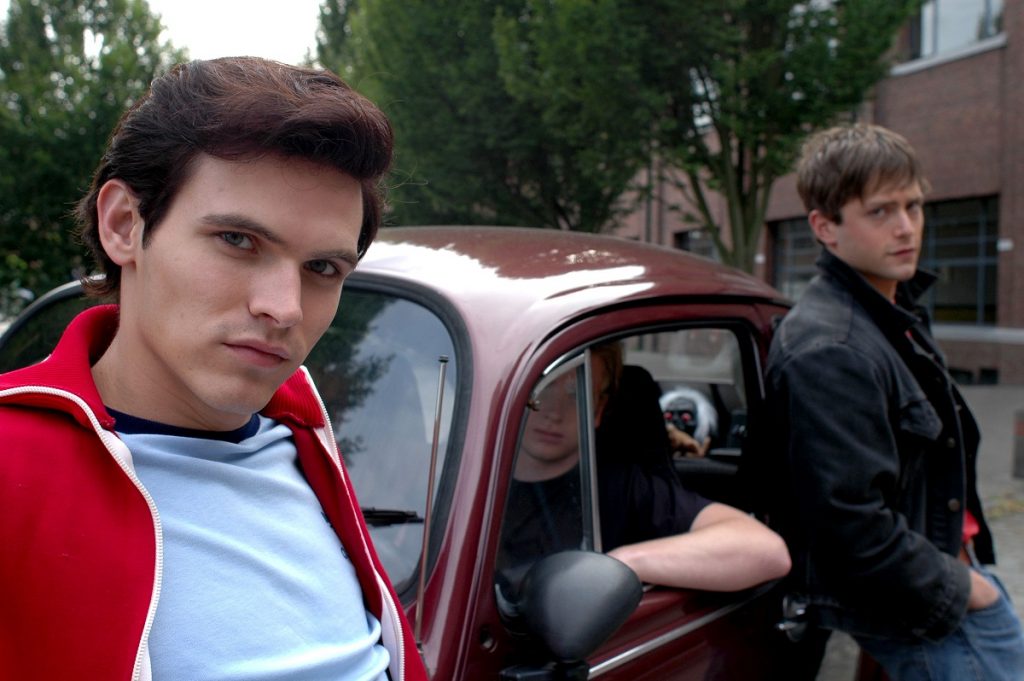 Halloween Highlights: 50 Queer Horror Flicks We Think Are Worth a Look – Part 3

If you’re the same kind of scare-seeking movie geek that I am, you’ll know that October is a time to light a few candles, turn down the lights, open up the windows to let in that fresh autumn breeze… before really setting the mood with some seasonally-appropriate scary movies! Being authorities on all things gay-cinema, though, we at TLAgay.com wanted to put in a good word for some queer movies that don’t make the usual ranked horror lists. We came up with a selection of 50 different gay titles that are either direct horror movies or horror adjacent (suspense, mysteries, thrillers). Below, you’ll find part three of our ongoing list – in alphabetical order – with new lists appearing each Monday in October. Keep checking back each week for the latest additions!