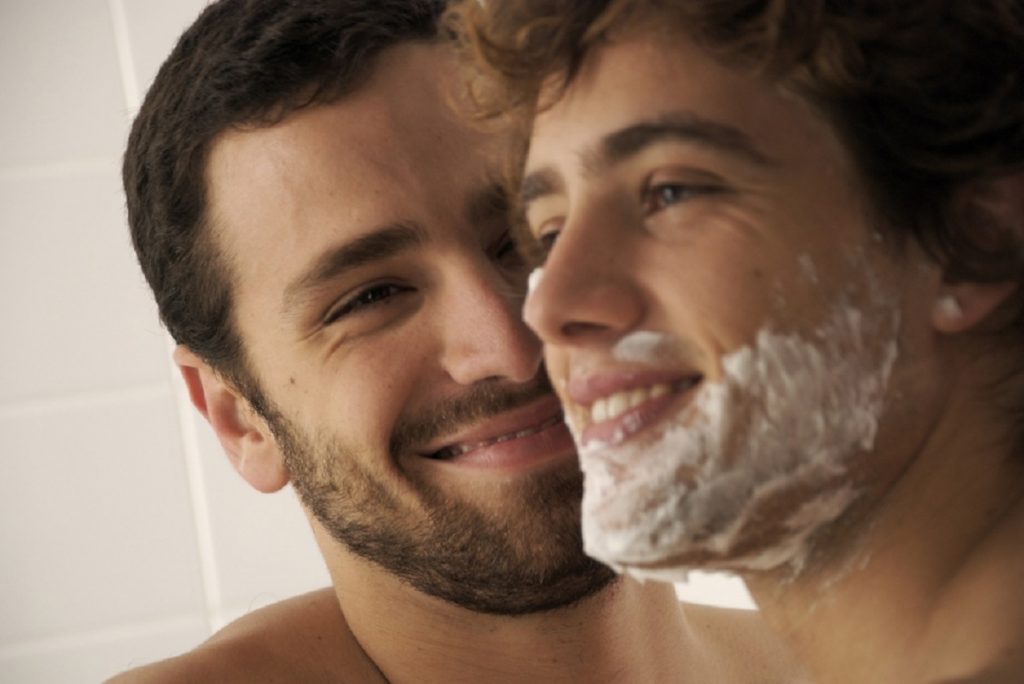 From Beginning to End © TLA Releasing

From Beginning to End

Set in a sun-burnished Brazil, two boys, Francisco (Joao Gabriel Vasconcellos) and his younger half-brother Thomas (Rafael Cardoso), are being raised in upper-class comfort in Rio by their doting mother. Five years apart, the boys are best friends and unusually close to each other – so much so that their intimacy brings vocal concerns from relatives that maybe they are too close. Several years later, Francisco and Thomas are now strikingly handsome, bronzed young men… and their childhood intensity has evolved into a torrid sexual relationship. But when Thomas is offered a chance to train for the Brazilian swim team in Russia for a long period of time, the proposed separation brings fears that their love will be threatened. Spectacularly shot amidst the mountains, beaches and grand estates of Brazil, this intense drama does not exist for the controversial subject matter alone. Rather, From Beginning to End is a strikingly evocative romance about two men fighting against societal conventions.