2017 was a great year for movies… and movies centered around gay men in particular. Not only was there a wealth of titles to choose from, but many of them rose above the gay movie niche and made a huge splash on the international film fest circuit. Some even broke through into the mainstream (looking at you, Call Me by Your Name). Check out our Top 15 Gay Movies of 2017 below and make sure to pick up your copies on DVD and Blu-ray at TLAgay.com! All but one of our top 15 are currently listed and we’ll be posting the final straggler (looking at you again, Call Me by Your Name) for pre-order as soon as it’s announced – most likely once it has finished making the award show rounds. 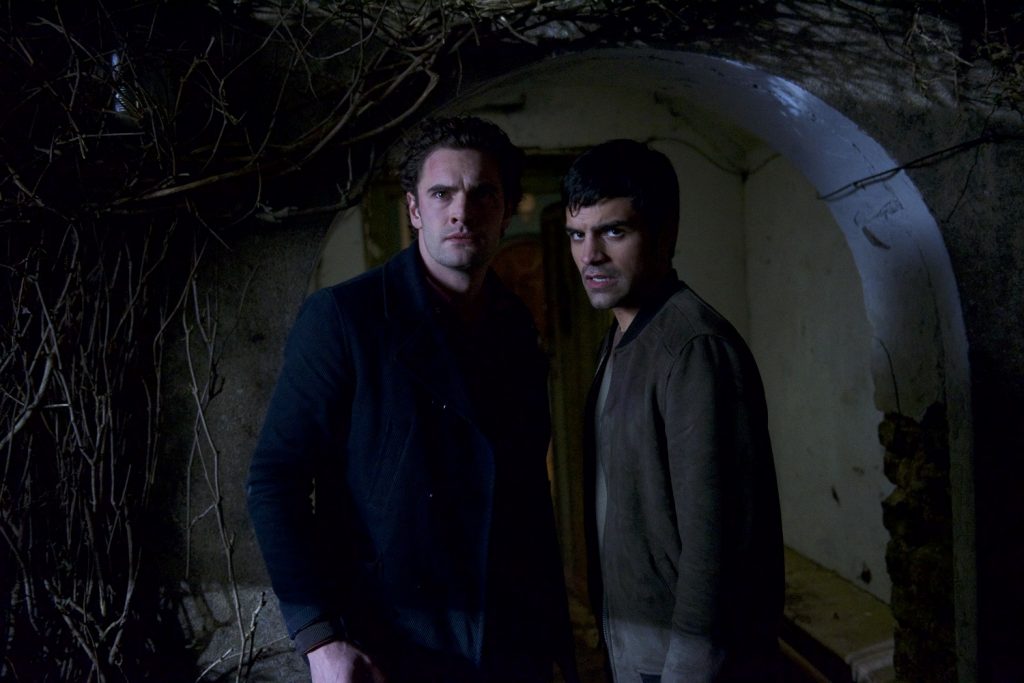 Lovers Marc and Fred (Tom Bateman and Sean Teale) initiated a major legal battle after they were refused a double bed at a remote Christian guest house. They came out of their court case victorious and now they’re back at the establishment to claim their conjugal rights. Triumph, however, quickly turns to terror when a scary Russian neo-Nazi also checks in. Their weekend of celebratory fun soon becomes a bloody battle for survival. B&B is a whip-smart and brutally funny dark comedy-thriller that has been earning rave reviews from critics – some of whom have even compared it to the work of Alfred Hitchcock. The Hollywood Outsiders, specifically, called it “a film Alfred Hitchcock would be proud of.” The Horror Society said it’s “frickin’ fantastic and a trailblazer for LGBT cinema.”

God’s Own Country – Coming in January

If you weren’t able to catch God’s Own Country in theaters, fear not. The movie, one of the most acclaimed of the year, is coming to DVD in January. A huge critical hit as this past year’s Sundance Film Festival, described by some critics as the British answer to Brokeback Mountain, God’s Own Country is one of many high profile gay-themed films to come along this year – and one of the most tender and romantic.

Johnny Saxby (Josh O’Connor) works long hours on his family’s remote farm in the north of England. He numbs the daily frustration of his lonely existence with nightly binge-drinking at the local pub and casual sex. But when a handsome Romanian migrant worker (Alec Secareanu) arrives to take up temporary work on the family farm, Johnny suddenly finds himself having to deal with emotions he has never felt before. As they begin working closely together during lambing season, an intense relationship starts to form which could change Johnny’s life forever.

A huge critical hit as this past year’s Sundance Film Festival, described by some critics as the British answer to Brokeback Mountain, God’s Own Country is coming to UK cinema screens in September. This debut feature from director Francis Lee is shaping up to one of the year’s best LGBTQ films. Starring Josh O’Connor (Cinderella, Florence Foster Jenkins) and Alec Secareanu (a relative newcomer in a breakout role), the film tells the story of a rural romance in the West Yorkshire countryside.

We’ll have to wait a little longer for it in the United States, where the film will be distributed by Orion Pictures and Samuel Goldwyn Films. In the meantime, there is a new trailer to tide us over. Check it our below along with the official synopsis.