A Place to Be

Death in Buenos Aires
2014, Argentina
A big hit in Argentina, where it was filmed, Death in Buenos Aires is a gripping police thriller about corruption, paranoia, and the secret gay lives of the wealthy elite of Buenos Aires during the politically tumultuous 1980s. At the scene of a murder of one of the city’s high society figures, veteran police inspector Chavez (Demian Bichir) runs into Gomez (Chino Darin), a.k.a. El Ganso (The Goose), a handsome young rookie cop with dreams of advancement. When Chavez discovers that the murder may be linked to a small-time hustler, and the gay nightclub La Manila, the detective sends the rookie undercover to pose as a newcomer on the prowl for an older benefactor. As they come close to luring out the killer, the erotic charge of their new surroundings triggers changes in both Chavez and Gomez. Director Natalia Meta‘s deeply involving debut film delivers rich, multi-faceted characters that match the complexity of its riveting story.

Fever
2014, France
High school students Damien and Pierre (Martin Loizillon and Pierre Moure), both from wealthy families, have the world at their fingertips… yet they plan and carry out the murder of an unknown woman they have previously only spotted on the street. The police are at a loss, confused by this murder without motive. Zoe (Julie-Marie Parmentier), an optician in the neighborhood, who is feeling more and more moved by this inexplicable murder, bumps into the pair by chance. But this chance fleeting encounter reveals inside her a growing and mysterious desire. Although scared – she could easily be the next victim – her erotic attraction for the duo goes beyond that. It gives her a chance to find a way out of the loveless rut that her life has ended up in. Meanwhile, Damien and Pierre, thinking no one will catch them, embark on a journey deep within their pasts. Inspired by the notorious Leopold and Loeb case from the 1920s, Fever is an enthralling, subtly homoerotic thriller. 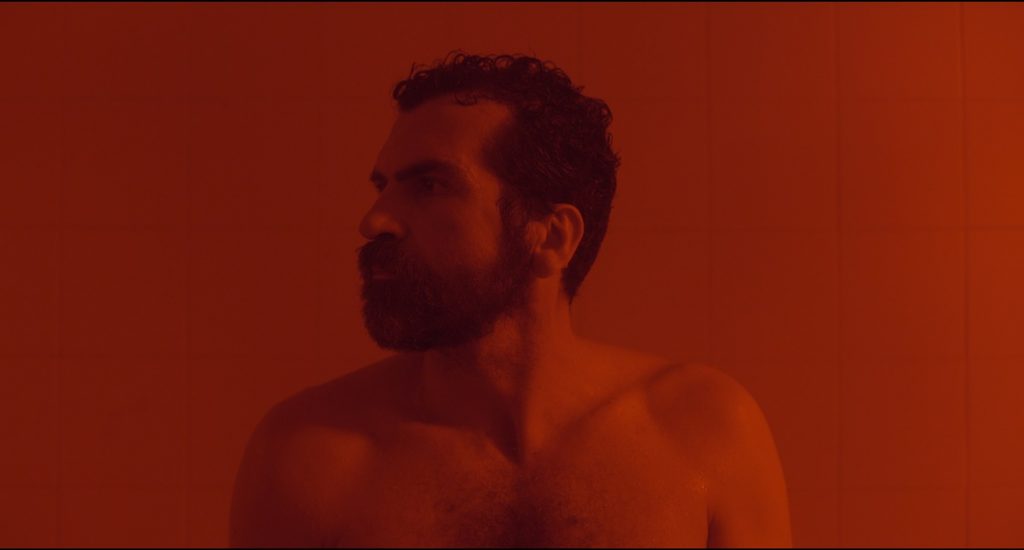 Breaking Glass Pictures presents a sensational collection of sexy short films from around the world. Male Shorts: International V1 features five different flicks guaranteed to get your pulse racing. Directed by Travis Mathews (Interior. Leather Bar., I Want Your Love), Just Past Noon on a Tuesday concerns two strangers get intimate when they meet after the death of a mutual lover. The Mousetrap follows a straight dude who goes on an unexpected sexual journey. The Storm is all about a guy who has the hots for his weather forecaster. In Neptune, a chance encounter at a bath house turns into an obsession. Finally, P.D. adapts William Shakespeare’s “A Midsummer Night’s Dream”… with lots of staggeringly hot naked studs. This compilation is one you won’t want to miss.

Coming Soon: A Place to Be

Writer-director Tadeo Garcia follows up his 2004 debut feature On the Downlow with A Place to Be, a powerful love story set against the backdrop of the controversial U.S. immigration system.

Both Abel (Nelson A. Rodriguez), who works in Chicago in social services, and Diego (Andrew L. Saenz), an auto mechanic, have waited a long time for the love they have yearned for. After several chance meetings, the two men finally hook up and quickly fall deeply for one another. But Diego has been hiding a secret: he’s an undocumented immigrant and his repeated attempts to attain citizenship have led nowhere.