“A CRISP, UNBLINKING LOOK AT THE VERY REAL DANGERS OF BOTH SELF-LOATHING AND SOCIETAL PREJUDICE” – Shadows on the Wall

“THE STORY IS IMPORTANT, THE LEAD ACTOR IS STUNNING AND THE DIRECTION IS EXCELLENT” – Film Threat

Planning to spend a romantic weekend with his long-distance boyfriend, Christi (Conrad Mericoffer) finds his tender reunion cut short when he is called in to handle a crisis at work. Christi is a member of the Bucharest police force, and his unit is sent to quell a protest at a local movie theater, where a far-right group has interrupted the screening of a queer film.

As tensions between the homophobic protesters and the audience mount, Christi, closeted to his fellow officers, begins to spiral out of control when he spots a former fling in the crowd. A violent outburst threatens to expose Christi’s secret and forces him to confront the contradictions between his personal and professional life.

Watch the trailer for Poppy Field below and click here to order your copy. The film is now available on DVD at TLAgay. 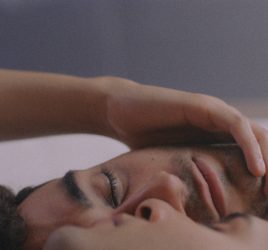 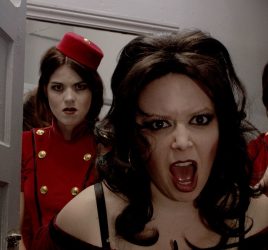 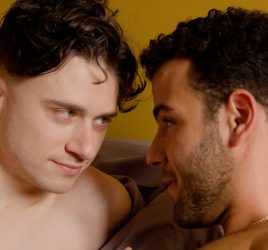