Outre diva Divine is iconic as the wanted criminal hiding out with her family of degenerates in a trailer outside Baltimore while reveling in her tabloid notoriety as the “Filthiest Person Alive.” When a pair of sociopaths (Mink Stole and David Lochary) – with a habit of kidnapping women in order to impregnate them – attempt to challenge her title, Divine resolves to show them and the world the true meaning of filth.

Incest, cannibalism, shrimping and film history’s most legendary gross-out ending-Waters and his merry band of Dreamlanders leave no taboo unsmashed in this gleefully subversive ode to outsiderhood, in which camp spectacle and pitch-black satire are wielded in an all-out assault on respectability.

Check out the artwork for the new Pink Flamingos blu-ray below and click here to pre-order your copy. It will be available starting June 28th. 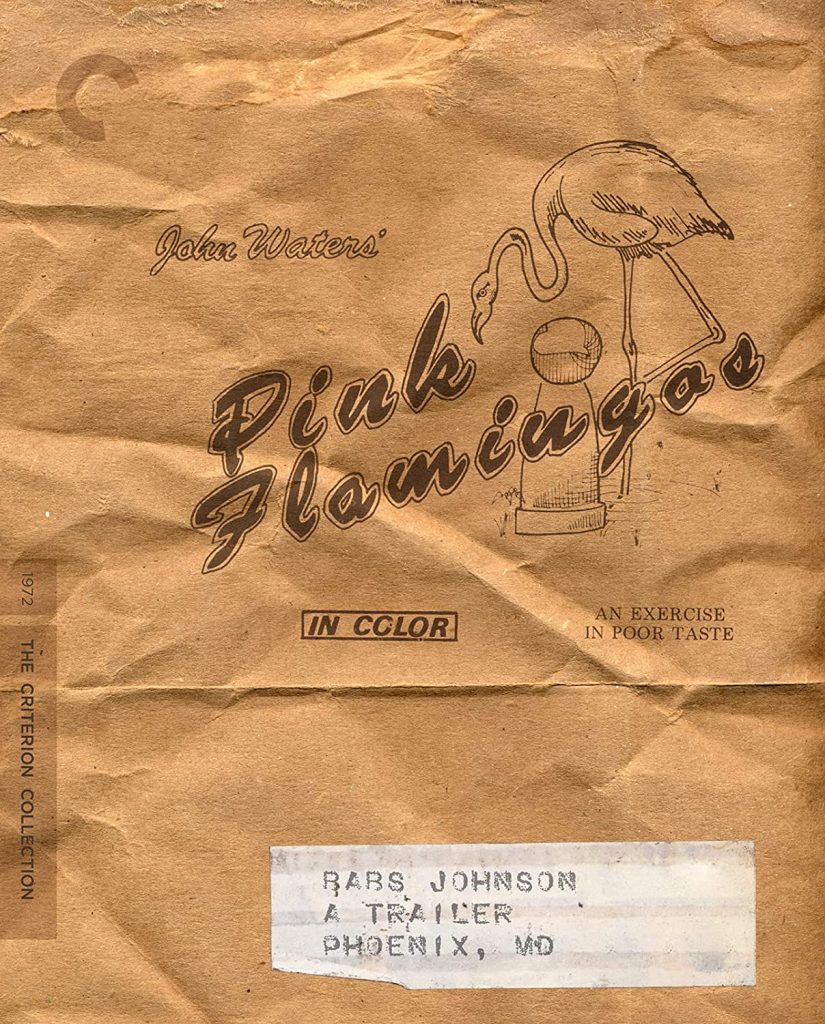