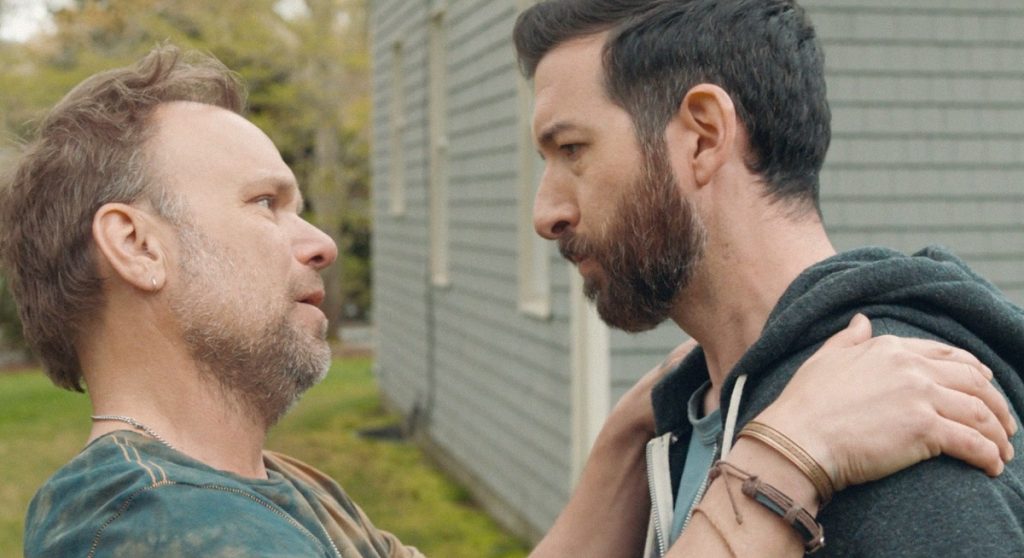 Give or Take
Martin’s (Jamie Effros) is a pragmatist who’s checked the boxes of an acceptable life yet feels disconnected, especially from his father, Kenneth, a distant man Martin could never figure out. Their relationship got more complicated when Kenneth came out after his wife died. For the first time, he was able to live openly and honestly as a gay man. He found love with a younger man, his lawn guy, Ted (Norbert Leo Butz), and they’d been living together in Ken’s house on Cape Cod ever since. When Kenneth dies, Martin goes home to sell the house while sharing it with Ted. Grieving, they circle each other, butt heads and negotiate how to remember the different man they both loved and the significance of what he left behind. Give or Take is a touching, award-winning film about love, loss, connection, acceptance and what it truly means to be home. 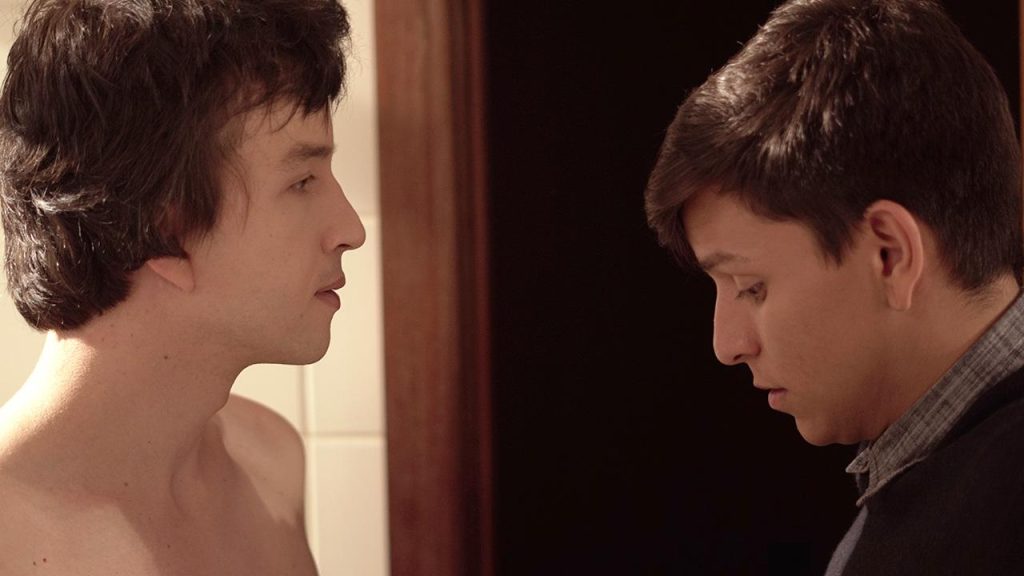 Cousins
From writer-director-star Thiago Cazado, the creator behind the 2017 gay romance About Us, comes this controversial, but supremely sexy coming-of-age love story. Lucas (Paulo Sousa) lives with his religious Aunt Lourdes (Juliana Zancanaro) in a quiet country town in Brazil. The young man spends his days gardening and playing keyboard, always avoiding his aunt’s attempts to match-make him with the local girls. Everything starts to change when he’s joined by a trouble-making distant cousin named Mario (Cazado), who has recently been released from prison. Forced to share a bedroom, these two cousins find their personalities clashing… until their aunt leaves for a religious retreat. The two soon find themselves becoming friends – and much, much more. Packed with male nudity and sexual tension Cousins is a romance that is not afraid to push boundaries. 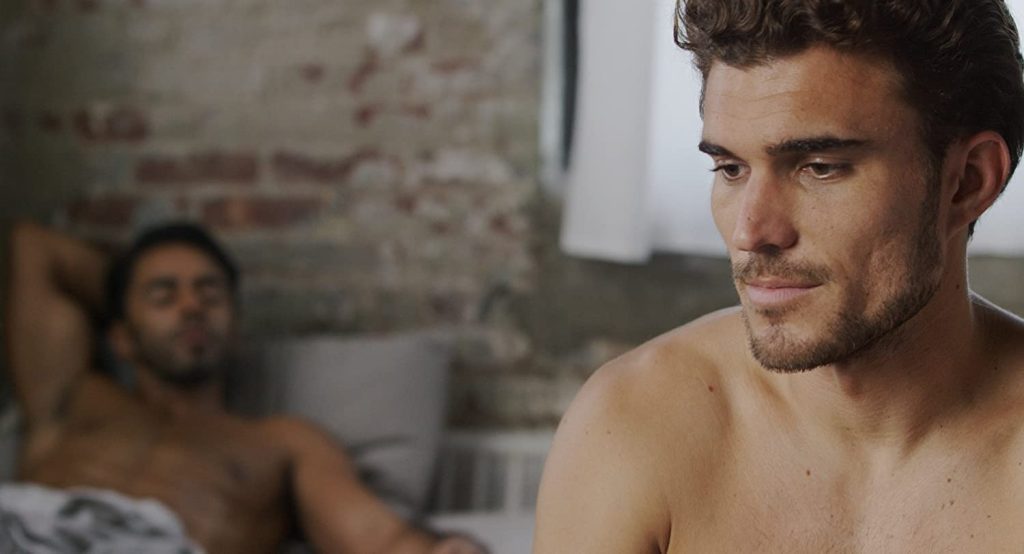 Flatbush Luck
Former Wall Street hotshot Jimmy (Tanner Novlan) and his buttoned-up cousin Max (Robby Stahl) make meager livings as telephone repairmen in their native Brooklyn neighborhood, slaving away to meet the demands of their increasingly yuppie clientele. Jimmy wants nothing more than to return to his fast-paced lifestyle, while Max is starting to have second thoughts about his upcoming – and very expensive – wedding. When Jimmy overhears illegal insider trading during a routine house call, he convinces Max that they should tap the phone line to cash in on the scheme – hoping the money will solve their problems. But when stock tips turn to murder plots, the hapless men are unable to go to the police and soon find themselves in over their heads and flat out of luck. Flatbush Luck is a charming romantic comedy crime caper from prolific director Casper Andreas. 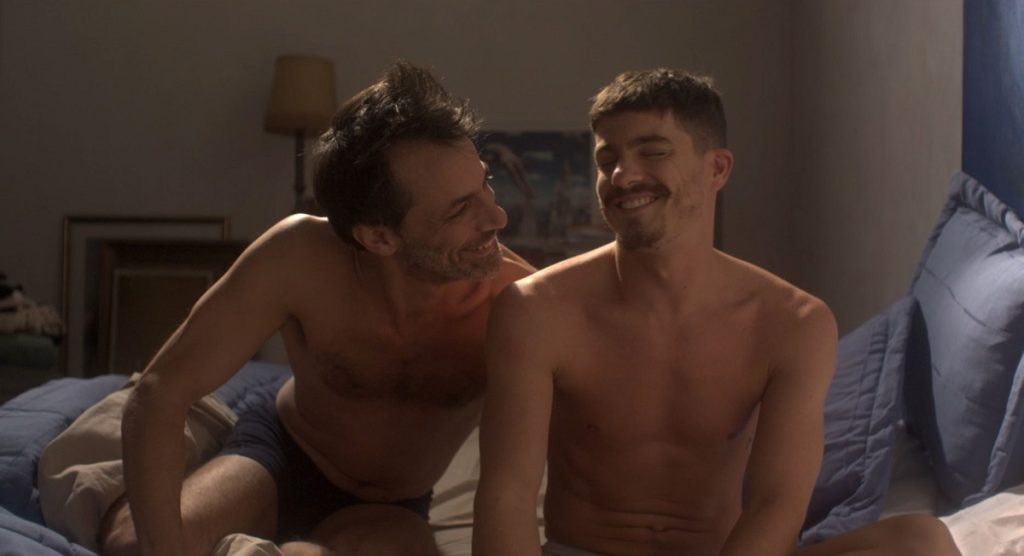 A Skeleton in the Closet
Prodigal gay son Manuel (Facundo Gambandé) returns to his hometown for his parents’ wedding anniversary. The reason he’s really there, however, is to ask his parents for money so that he can move to Denmark with his boyfriend. It’s been a while since he has been home. The last time he saw the family, he came out of the closet. This revelation caused an unfortunate rift in their relationship. Manuel’s plans get ruined when his boyfriend unexpectedly dumps him. He soon finds himself in the middle of an existential crisis. This trip then becomes an opportunity to rebound and re-discover his love for his family and the family business… and ultimately find his own sense of being. From Argentine writer-director Nicolás Teté, A Skeleton in the Closet is a tender and thoughtful family comedy about coming out, coming of age and coming around. 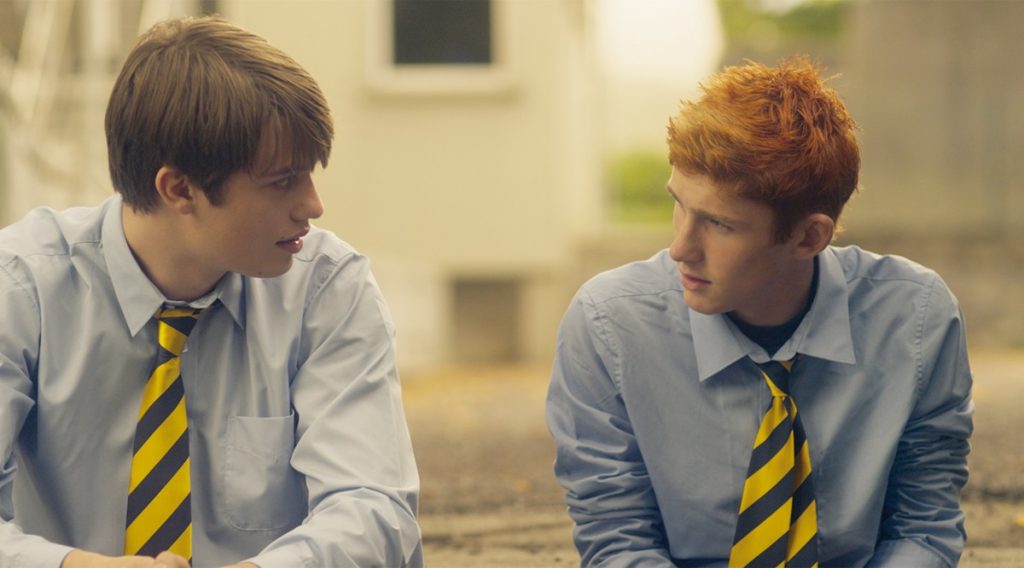 Handsome Devil
An unlikely bond forms between two teen boys at an Irish boarding school in this touching comedy-drama from Irish writer-director John Butler. 16-year-old Ned (Fionn O’Shea), with his spiky red hair and ambiguous sexuality, is the music-geek outcast more smitten with David Bowie than with kicking balls around the pitch. Given his frequent skirmishes with the resident jock bully, he goes to great lengths to distance himself from his athletic new roommate Conor (Nicholas Galitzine), who is struggling to reconcile his own conflicting interests. When the boys come together and find an unexpected connection, they learn that they are stronger together. An award-winning crowd-pleaser, Handsome Devil offers a touching reminder of the importance of loyalty, bravery, standing up for yourself and making sure that your voice, no matter how different, is heard.