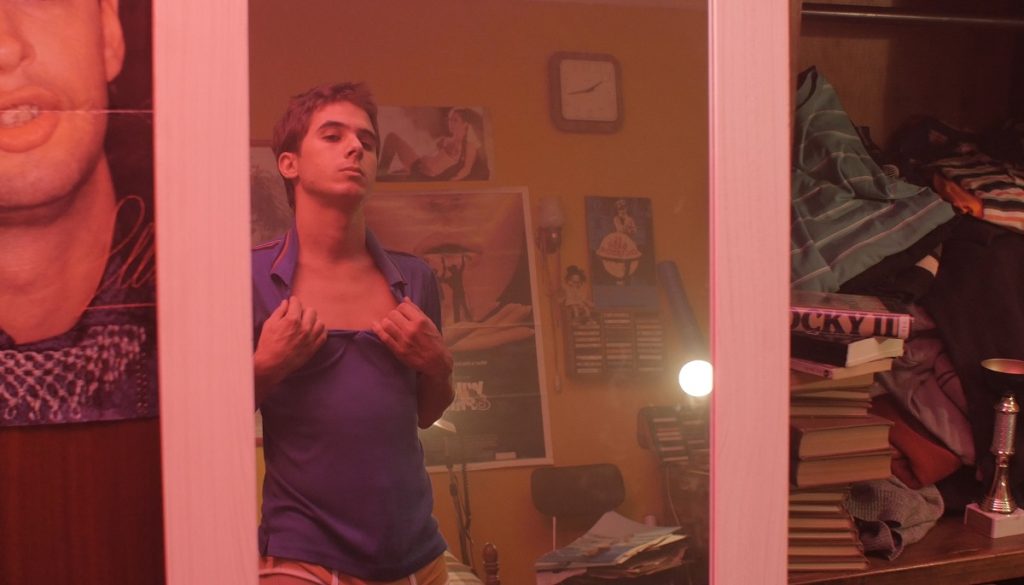 Cola de Mono
Set on Christmas Eve in 1986 this wildly sexy film follows Borja (Cristobal Rodriguez-Costabal), a precocious teenager with a passion for film. As his extended family comes together to celebrate the holiday, the combined forces of the suffocating Chilean heat, free-flowing drinks and repressed desire contribute to the eruption of long-held secrets. This hypnotizing story from Chile is both an enticing family melodrama and an explicit erotic thriller about the ways that passion and desire control our lives – from our pop culture tastes to our sexual fantasies. Jam-packed with nudity and graphic sexuality, Cola de Mono is easily the sexiest and most audacious gay-themed Christmas movie we’ve ever seen (outside of adult film, of course). 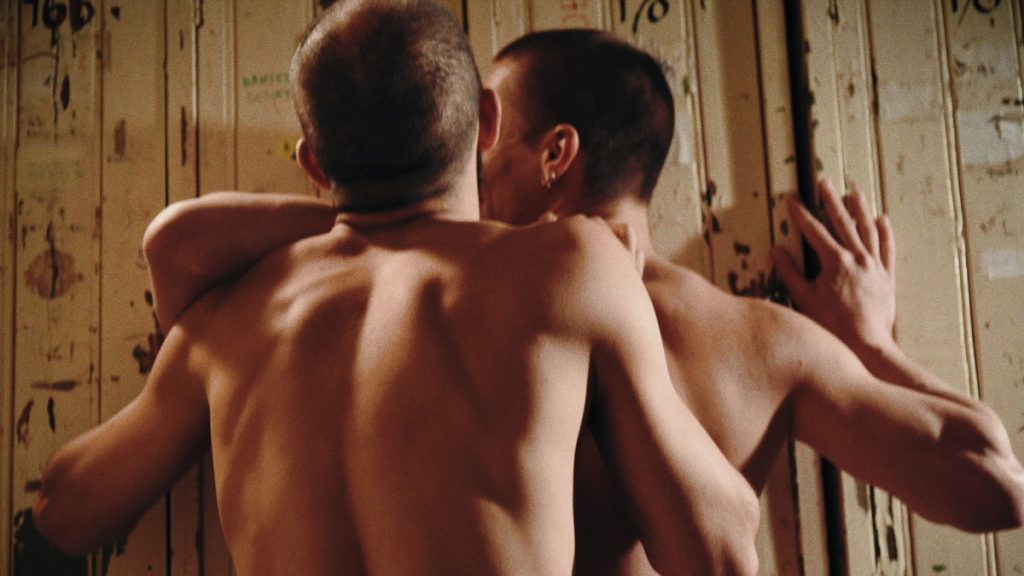 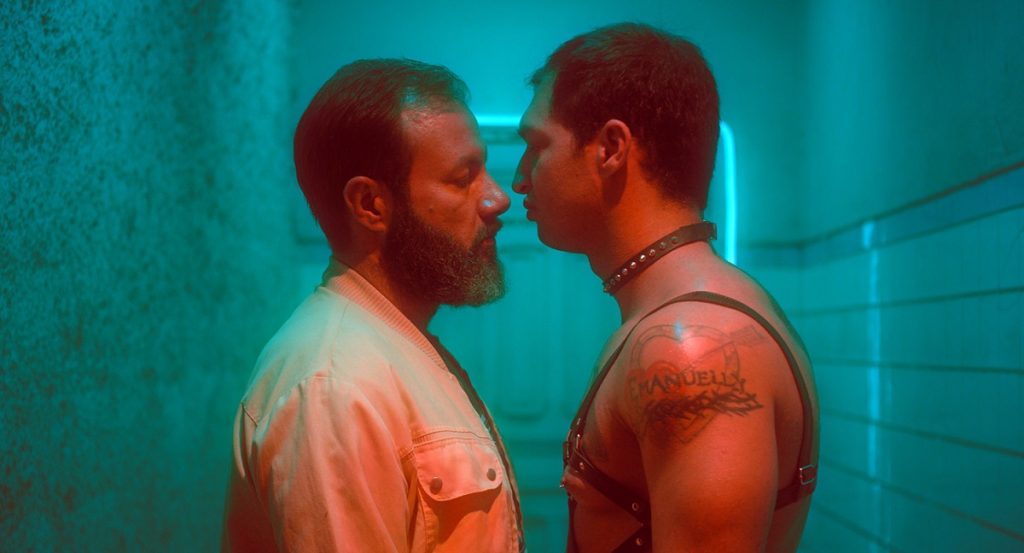 Dry Wind
A gloriously erotic film from director Daniel Nolasco, Dry Wind follows factory worker Sandro (Leandro Faria Lelo) as he escapes his boredom via trysts with his co-worker Ricardo (Allan Jacinto Santana) – and through elaborate sexual fantasies that would make Tom of Finland blush. Though his sex life is in full swing, Sandro shies away from emotional attachment, preferring to imagine worlds of anonymity, leather and unbridled fetish-play – which Nolasco brings to life in widescreen glory. When a new arrival to town (Rafael Teóphilo) – a certified hunk out of Sandro’s dreams – sets his sights on Ricardo, Sandro finds himself brimming with jealousy and fearing exclusion from the kind of romance he never thought he wanted. 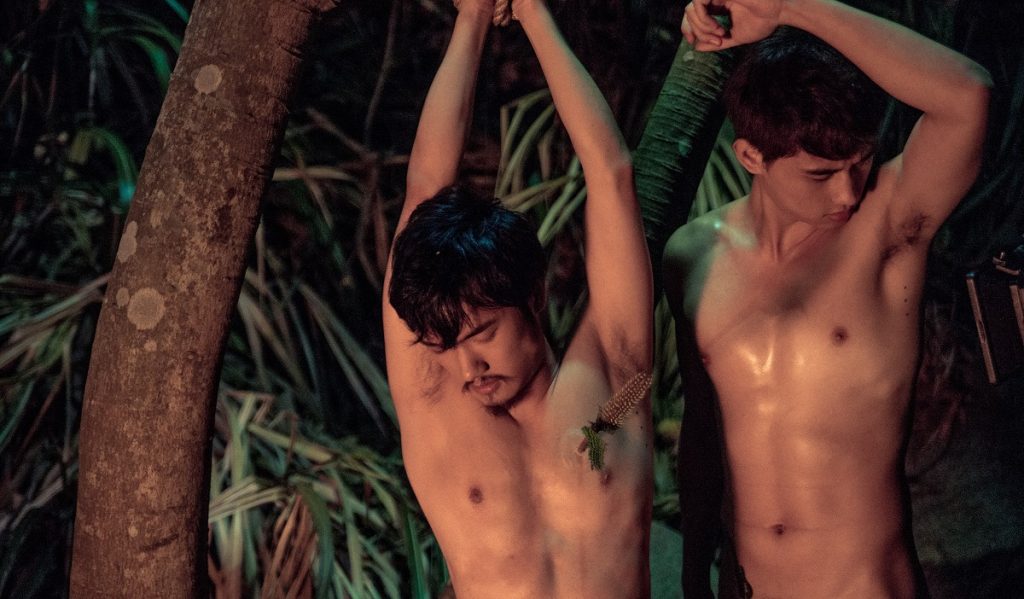 Utopians
From provocative Hong Kong-based filmmaker Scud, Utopians follows Hins (Adonis He), a dreamy young student of literature and philosophy who finds himself in thrall of his charismatic teacher Antonio (Jackie Chow). Antonio soon drags Hins and his religious girlfriend Joey (Fiona Wang) into uncharted erotic territories. The intriguing appearance of Swan (Moe Chin), a beautiful intellectual woman, only adds to their entanglement of sensuality and lust. What once seemed like a path towards a surreal and unrestrained utopia is now barred by a lifetime secrets and a lie of the heart. Will Hins lose himself amid the chaos of eroticism? Packed with nudity and graphic sex scenes, Utopians is a heady pansexual drama. 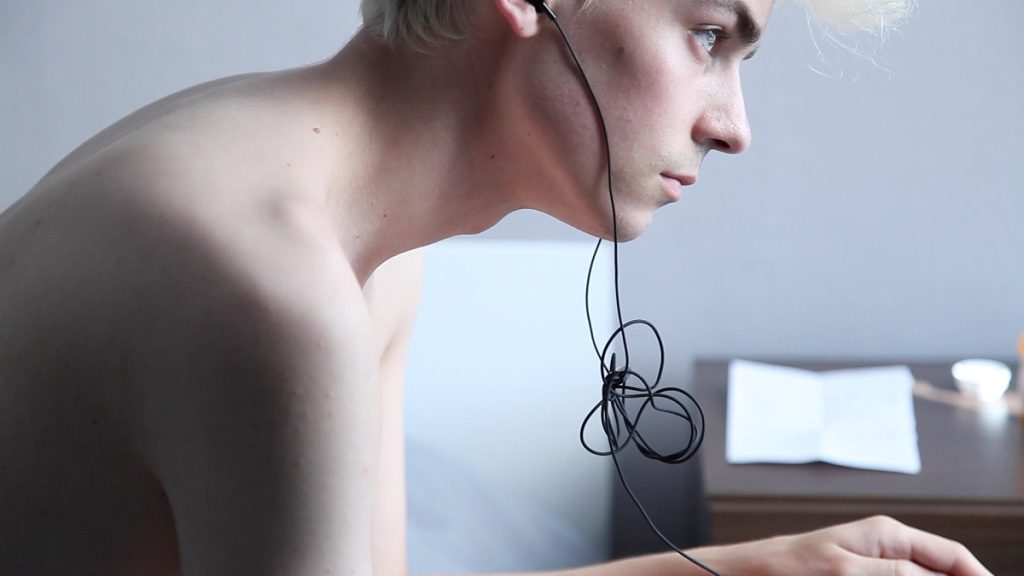 Like Cattle Towards Glow
Acclaimed author Dennis Cooper and co-director Zac Farley‘s Like Cattle Towards Glow is a wild, weird and arty 93 minute film consisting of five independent, thematically and emotionally interconnected scenes. The film is a complex, intimate, strangely serene, wide-ranging and always challenging experimental exploration of sexual desire as a hiding place. In these unique, stylistically and temperamentally diverse segments, sex makes a promise of something so intense and untenable to the characters that they feel they must enter it in secret. John Waters put it on his “Top 10 Films of the Year” list back in 2016 when it was first was released and called it “a real French tickler for the fucked-up literary set.”