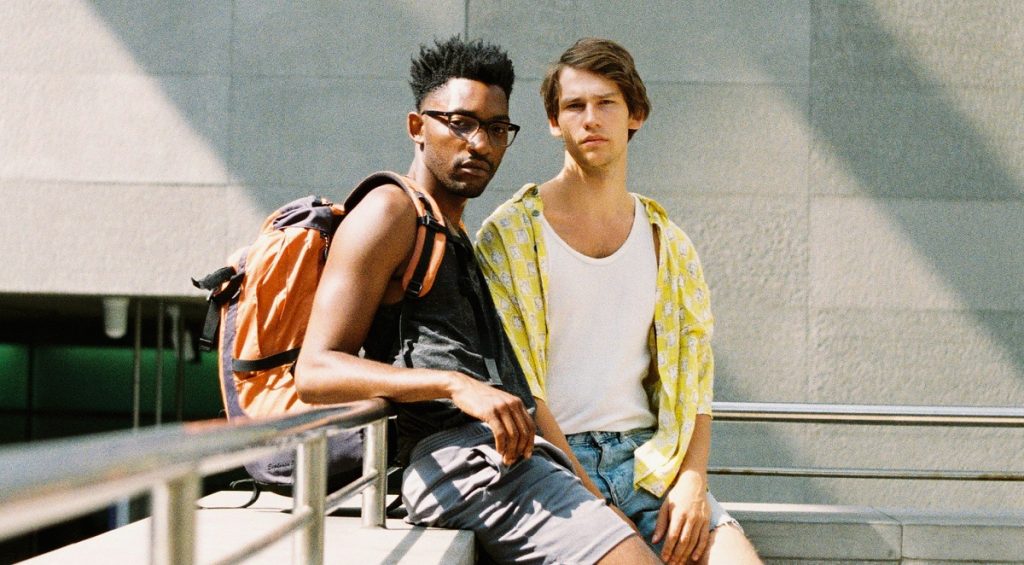 Boy Meets Boy
Harry (Matthew James Morrison) has been partying for forty-eight hours straight when he meets Johannes (Alexandros Koutsoulis) on the dance floor of a club in Berlin. With fifteen hours left until Harry’s flight back to London, the young men spend the day together – wandering the city and experiencing the contrasts in their lives. As the two men grow closer in this short window of time, they begin to confront their own individual truths while developing a deep connection. Taking inspiration from the beloved gay hit Weekend and Richard Linklater’s Before Trilogy, Boy Meets Boy is a tender and deeply moving new gay romance that has been earning rave reviews from critics on the LGBTQ film festival circuit. 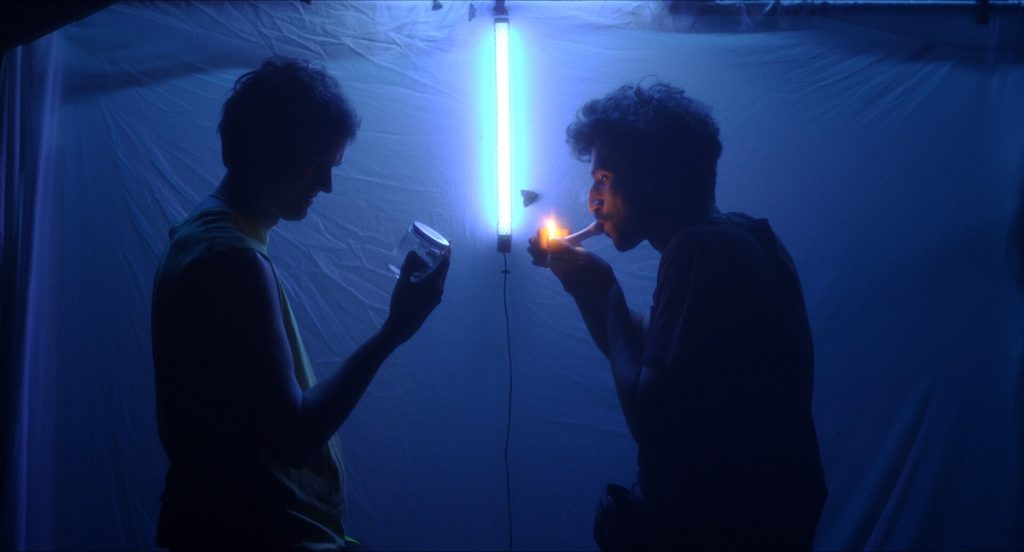 A Dim Valley
Ecology grad students Albert and Ian (Whitmer Thomas and Zach Weintraub) are spending the summer collecting samples with their curmudgeonly advisor (Robert Longstreet). At his woodsy cabin along the Appalachian Trail, close quarters foster comical friction and unexpected bonds between the two young men. When three mysterious, enigmatic female backpackers (Rachel McKeon, Feathers Wise and Rosalie Lowe) crash into their lives, they push the men to open up to one another and their true feelings soon begin to deepen. A clever new indie gem from writer-director Brandon Colvin, A Dim Valley is partly a queer allegory, partly a hilarious stoner comedy and partly a transcendental meditation on mysticism and love. 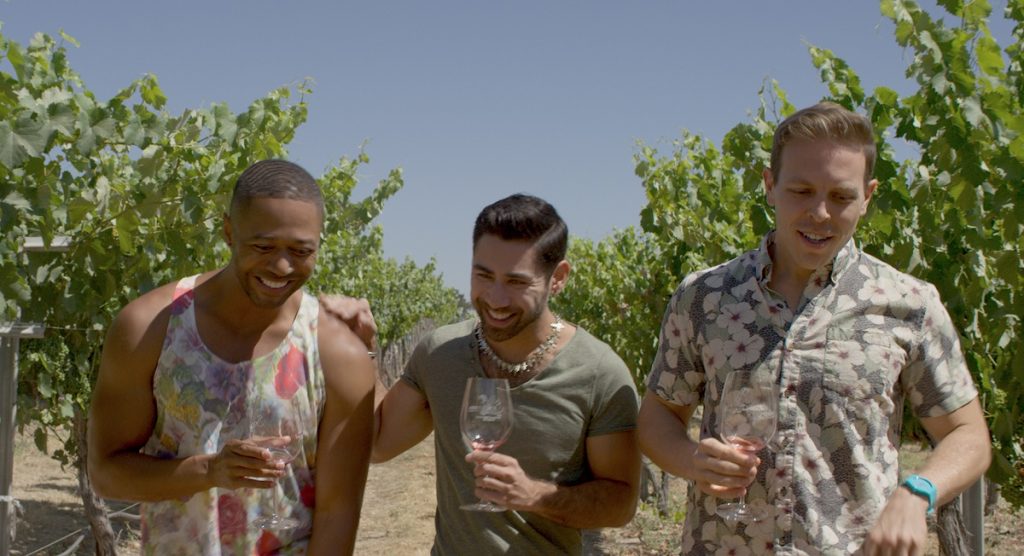 Stone Fruit
When long-term couple Manny and Russ (Matt Palazzolo and Rob Warner) decide to call their marriage quits and get a divorce, they also – quite strangely – decide to celebrate the occasion together. The pair head to the Central Coast of California for some wine, sun… and more wine! When Byron (Thomas Hobson), their close friend, joins up with them, an unexpected threesome ensues and the trip becomes the post-divorce party to end all post-divorce parties. This witty, sharply-written new film gives freshness to the classic break-up movie by bringing in a queer perspective and exploring the complicated similarities that many couples face throughout their love stories. It’s a proud “anti-romantic comedy.” 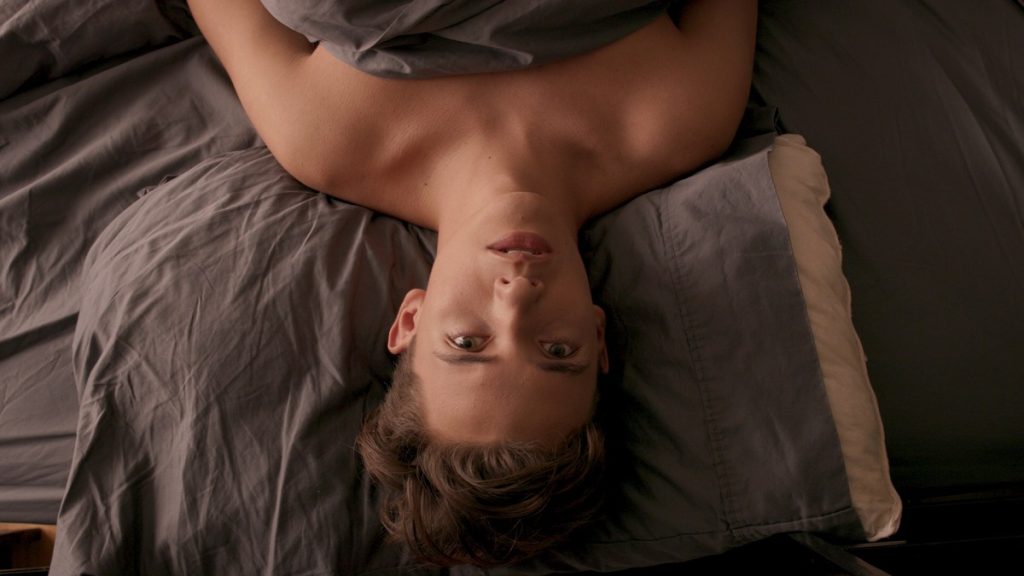 A Wake
Young actor Noah Urrea pulls double duty in this emotional drama, playing twin boys from a religious family. A Wake revolves around the funeral of Mitchel, a teen who died far too young. Everyone is reeling from the loss, but there is a generational divide when it comes to how the younger and older family members deal with grief. While the parents cling to normalcy, the children grow tired of repressing the truth about their late brother. When an unexpected stranger (Kolton Stewart) arrives on the scene, everyone in the family must suddenly face the secrets and lies that have surrounded Mitchel’s life – as well as his untimely death. Don’t miss this powerful new film from director Scott Boswell (The Stranger in Us). 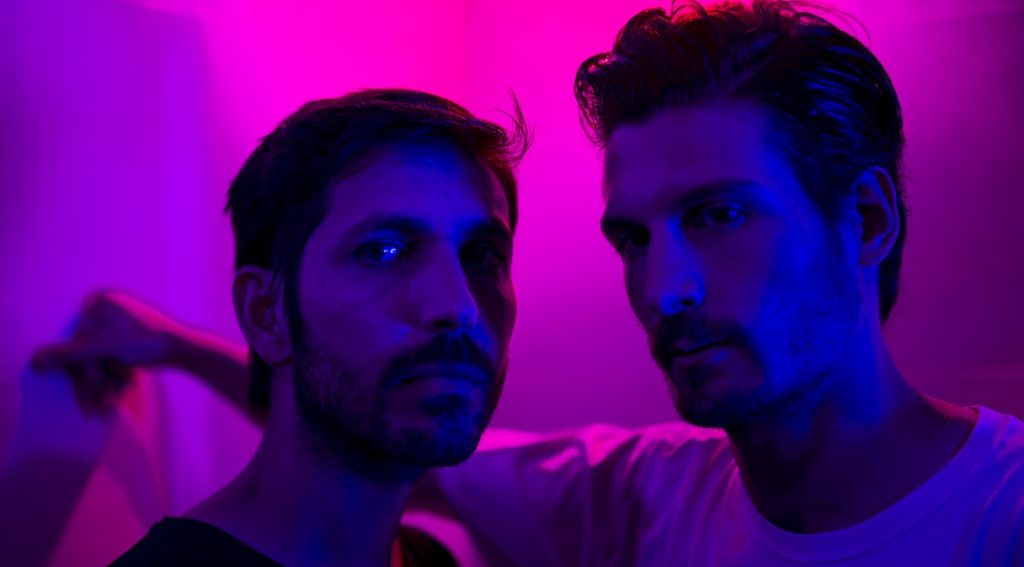 Everything I Like
Daniel (Milton Roses), is an editor at a production company. When Javier (Esteban Masturini), a new cameraman, joins the crew, it upends Daniel’s life in ways he never expected. Though he’s always considered himself straight, Daniel begins to develop feelings for the alluring Javier. Though he’s encouraged by his closest friends to finally come out of the closet, Daniel isn’t sure he’s ready. Once he admits to his bisexuality, he enters the world of online dating, embarking on an uncomfortable and deeply funny journey through a new world of potential partners. All the while, however, he’s looking to work up the courage to tell Javier how he really feels… and to finally get over his fear of being naked in front of another person.