The “not-very-P.C.” 1996 romantic comedy Butch Camp turns the tables on sexual politics as the main characters struggle to find love and get along in an intolerant world.

Comedian Judy Tenuta stars as a sex goddess – turned neo-facist commandant – who runs the “Butch Camp,” a hysterical pseudo-S&M-style boot camp training center for gay men to learn how to act macho. Paul Denniston plays the sensitive twenty-something gay man who has been put down one too many times.

This new special edition Blu-ray offers up a brand-new HD master from the only surviving 35mm film source – taken from writer/director Alessandro de Gaetano‘s own library. This rare oddity – a classic gay indie comedy of the ’90s – has never looked better!

Check out the new special edition artwork below and click here to pre-order your copy. The new Butch Camp blu-ray will be available starting December 14th. 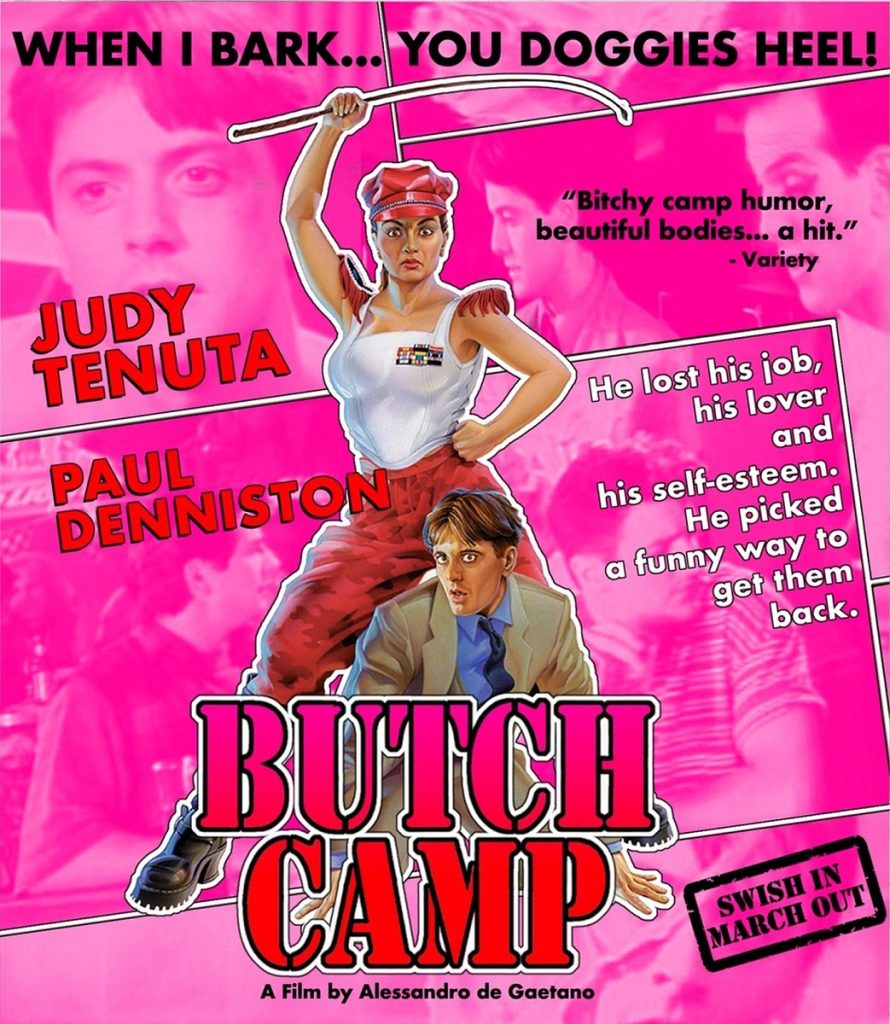