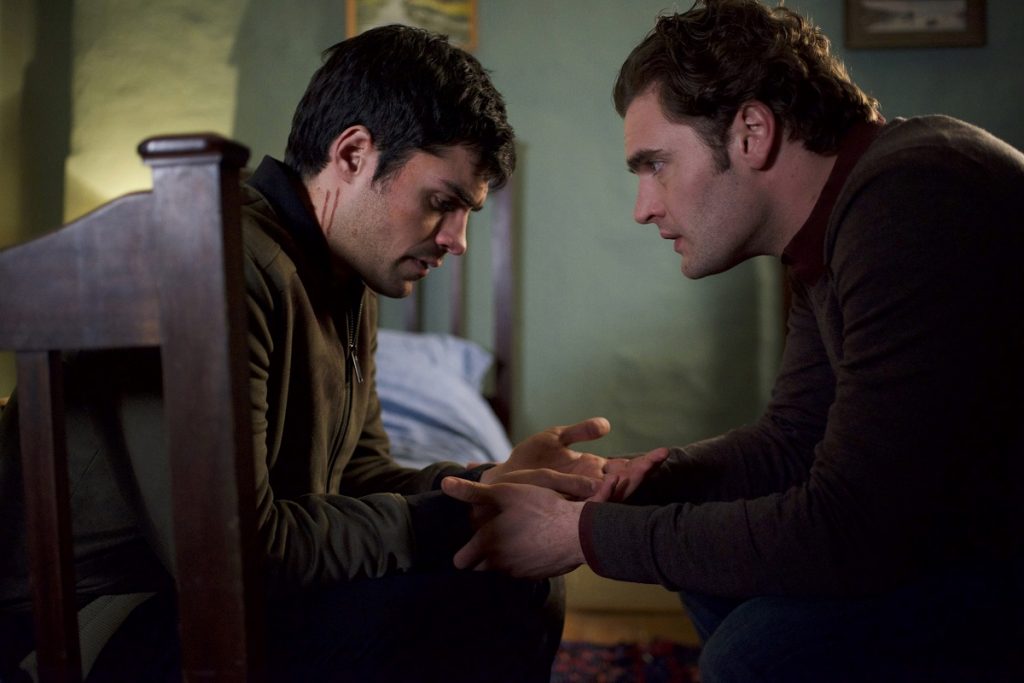 B&B
“They made their bed… now they’ll have to die in it.” Lovers Marc and Fred (Tom Bateman and Sean Teale) initiated a major legal battle after they were refused a double bed at a remote Christian guest house. They came out of their court case victorious and now they’re back at the establishment to claim their conjugal rights. Triumph, however, quickly turns to terror when a scary Russian neo-Nazi also checks in. Their weekend of celebratory fun soon becomes a bloody battle for survival. B&B is a whip-smart and brutally funny dark comedy-thriller. The Village Voice said director Joe Ahearne “deftly builds the suspense, raising the stakes before steering the story into surprising new directions.” 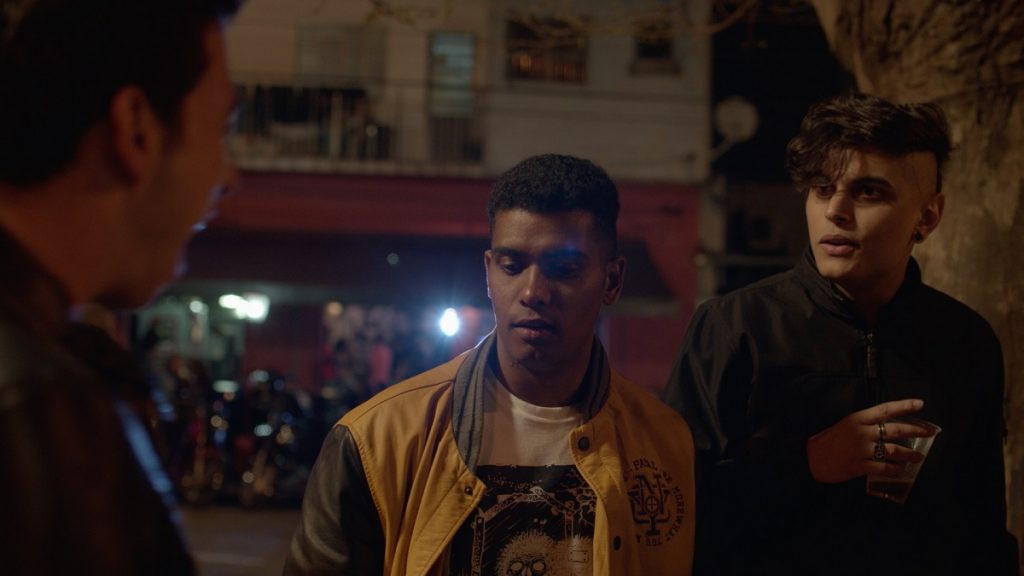 Half Brother
Sixteen-year-old Sandra (Natalia Molina) is looking for her mother. She’s been mysteriously missing for days. As time goes by, numerous other difficulties start piling up. With few places to turn, she seeks the help of her half-brother Jorge (Diego Avelino). Though they’re related, the pair have had very little contact. Jorge lives and works with his father installing surveillance systems. At the point Sandra finds him, he’s dealing with major problems of his own. Jorge is being threatened not to leak a video he made on his phone of a homophobic attack on a male friend to whom he’s secretly attracted. As the distant siblings come together, they find that two heads are better than one. 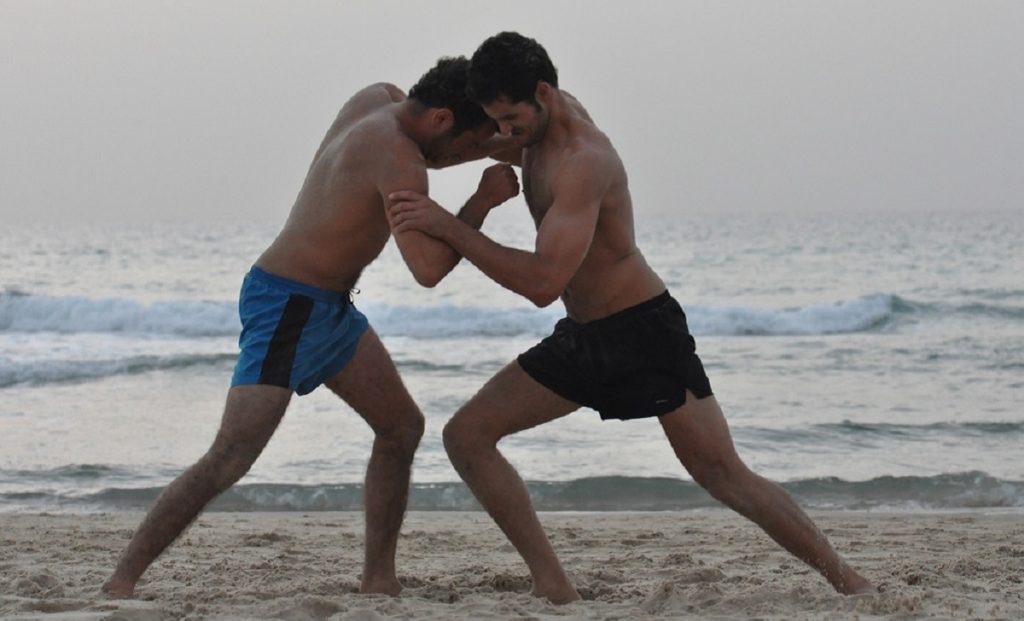 Snails in the Rain
Boaz (Yoav Reuveni) is an object of desire for seemingly everyone he meets, from the women in his university classes to the hunky swimmer at the pool. It is the sweltering summer of 1989 in Tel Aviv, the linguistics student leads a rather subdued existence with his accommodating girlfriend, Noa (Moran Rosenblatt). But when intimate letters from a secret male admirer appear, a long-buried part of Boaz is ignited. Riddled with guilt, shame and a deeply internalized homophobia, Boaz both wildly anticipates and dreads his daily trips to the post office. As the letters mount, and Noa begins to suspect, Boaz’s frustration bubbles to the surface, and small acts of violence grow in this riveting film from director Yariv Mozer. 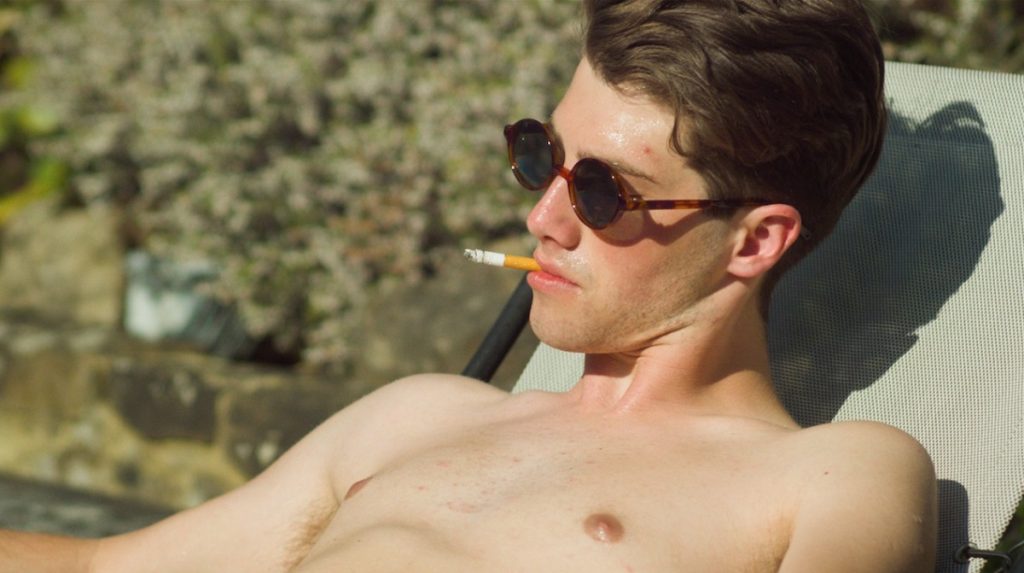 Palace of Fun
A chance meeting in a nightclub begins a summer romance for Lily and Finn (Phoebe Naughton and Andrew Mullan). Instantly smitten with one another, Lily invites Finn is to spend the week with her at her family’s opulent home in Sussex. Conveniently, her parents are away on vacation in Italy. But their romantic break is disrupted when Lily’s seductive brother Jamie (George Stocks) discovers a revealing secret about Finn, and uses it to play a dangerous and sinister game with his sister’s new flame. Written, directed and produced by brothers Eadward, David and George Stocks, Palace of Fun is a compelling psychological drama that wears the influence of Patricia Highsmith’s “Ripley” novels on its sleeve. 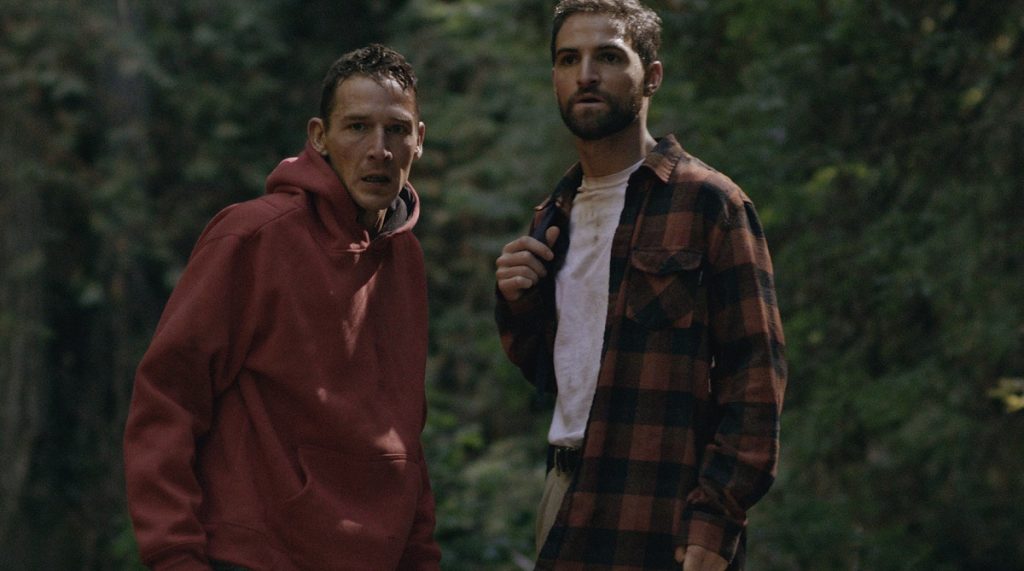 Devil’s Path
In the early 1990s, two strangers (Stephen Twardokus and JD Scalzo) meet in a park where gay men cruise for sex. What seems like a random meeting quickly descends into a horrific nightmare. With recent disappearances and attacks, the two men soon find themselves in the terrifying position of being the next victims in a deadly game of cat and mouse. As they flee further into the woods to escape the danger, they begin to understand that the greatest danger of all may be closer than either of them realize. Will these two strangers be able to work together to defeat the darkness that has settled in on Devil’s Path? This riveting gay thriller from actor-director Matthew Montgomery will keep you on the edge of your seat.