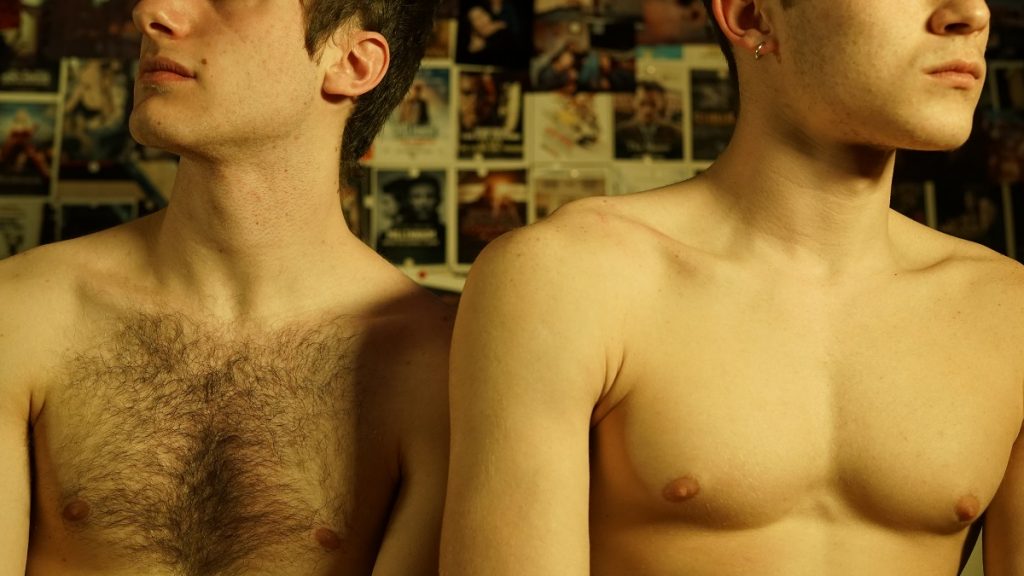 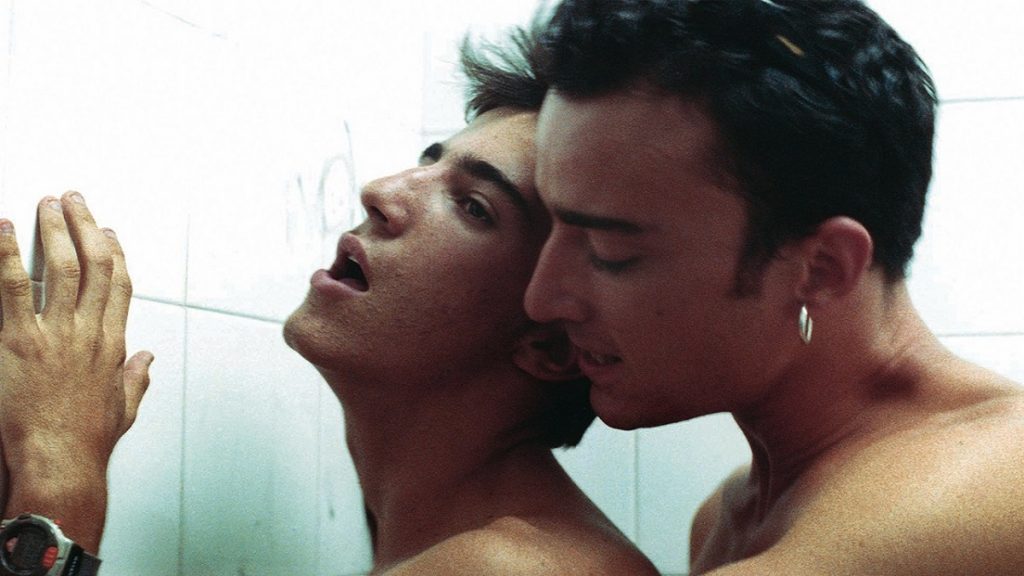 Doors Cut Down
Guillermo (Israel Rodriguez) seems like your average high school student, but he’s hiding a secret. In private, he’s become an expert at cruising the mall for gay sex. Always looking for a new trick, he even resorts to seducing his much older English tutor. When he finally meets the hottest guy he’s ever seen, a man who may mean more to him than just a hot fuck, Guillermo finds himself suddenly conflicted. Newly restored in High Definition, this sexy 18-minute comedy is back to thrill audiences. A massive hit on the film festival circuit at the time of its release Doors Cut Down caused quite a controversy due to its frank and graphic depiction of a young man’s sexual exploration. It has become something of a gay short film classic. 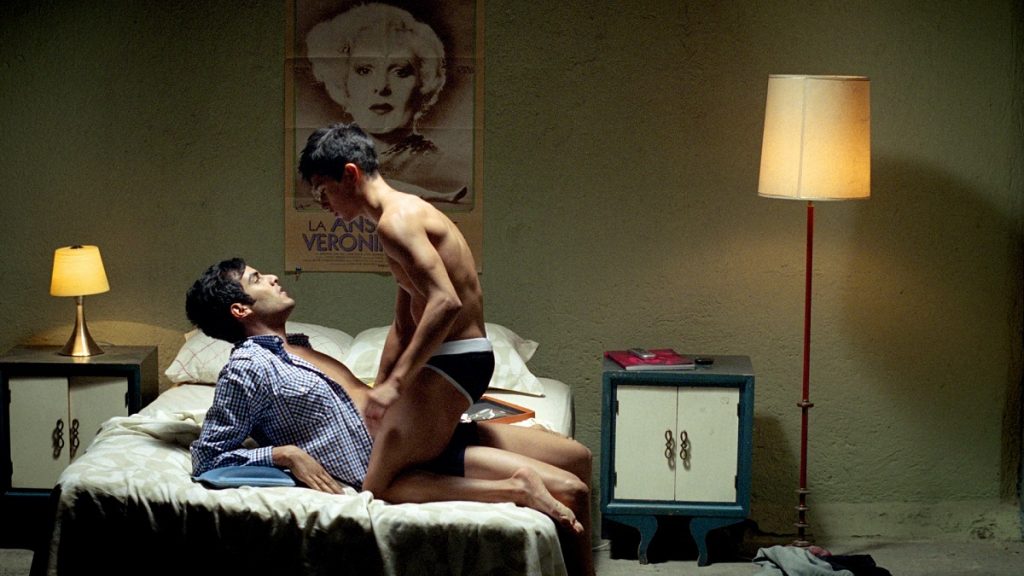 I Am Happiness on Earth
Julián Hernández, one of Mexico’s premier gay filmmakers (Raging Sun, Raging Sky), wrote and directed this steamy tale of a film director struggling to find the barrier between his sexually charged reality and his equally arousing cinematic creations. Will lead character Emiliano (Hugo Catalan) be able to sustain his relationship, or will his lust for beauty and meaning lead him elsewhere? Furious couplings between gorgeous men include an exhilaratingly explicit play-within-a-play. An explosively sexy and heady film Hernández’s boldly poetic romance compares with such films as Fellini’s 8½, Godard’s Contempt and others exploring the connections between love, sex, creativity and filmmaking. 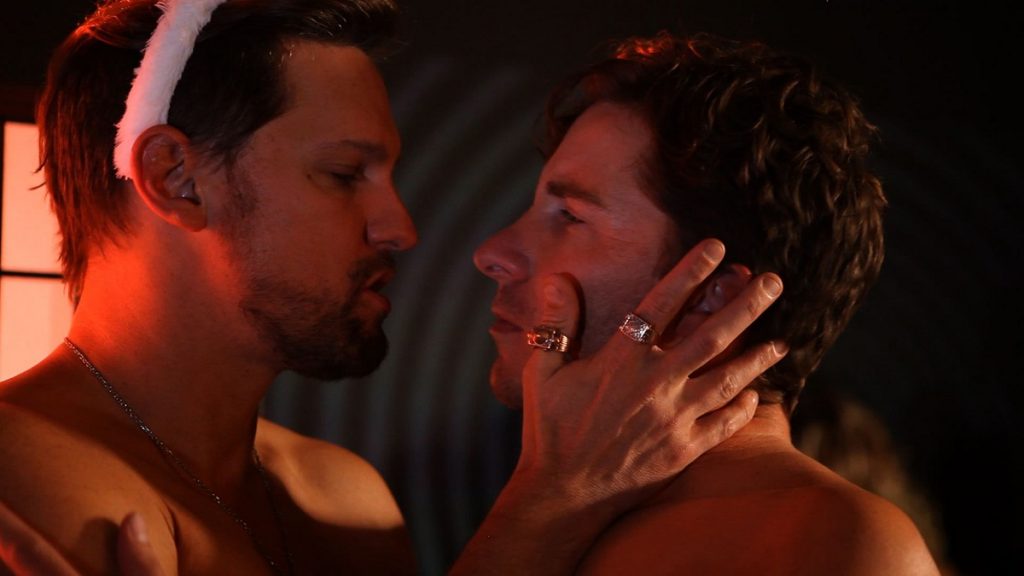 Confessions
Take a peak under the surface of any gay man… and who knows what you’ll find? Originally conceived as a web-series, but collected into an anthology film by writer-director Mark Bessenger (The Last Straight Man, Bite Marks), the unique and wildly entertaining Confessions features ten individual segments, each four-to-fifteen minutes in length, in which numerous gay male characters disclose various secrets from the recesses of their psyches. Each segment utilizes a different storytelling genre – there’s something here for fans of comedy, horror, drama, romance, musicals and more. The cast also includes many faces that will be familiar to gay movie fans like Peter Stickles, Mark Cirillo and Dylan Vox. 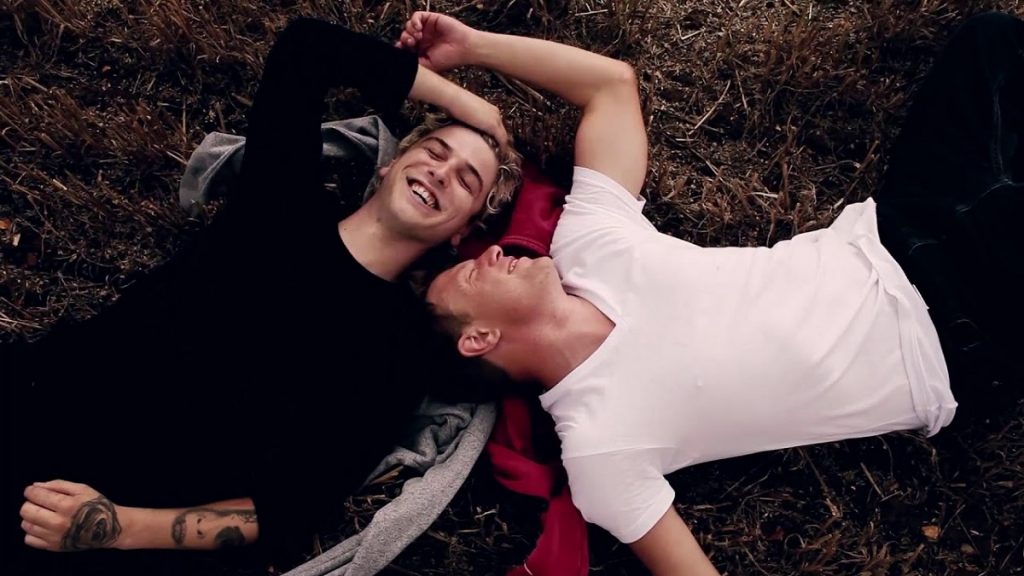 Caught in a Landslide
A young man embarks on a journey through his mind. Through a combination of pharmaceuticals and alcohol, Jay (Wade Radford) walks through memories of true love and attempts to understand his broken heart. Nightly, his resident ghost appears – conjuring up visions of a lost summer romance; continuously taunting him with the opportunity to speak words previously unspoken. Jay wrestles with the past to separate fact from fiction, trying desperately to cast out the specter of emotional torment. In a film that combines imagery, poetry and the reality of loss, Caught in a Landslide takes the viewer from the beauty of England’s garden landscapes to the darkness of a heartbroken mind.