The most savagely subversive film by the iconoclastic auteur Luchino Visconti, The Damned employs the mechanics of deliriously stylized melodrama to portray Nazism’s total corruption of the soul.

In the wake of Hitler’s ascent to power, the wealthy industrialist von Essenbeck family and their associates – including the scheming social climber Friedrich (Dirk Bogarde), the incestuous matriarch Sophie (Ingrid Thulin) and the perversely cruel heir Martin (Helmut Berger, memorably donning Dietrich-like drag in his breakthrough role) – descend into a self-destructive spiral of decadence, greed, perversion and all-consuming hatred as they vie for power, over the family business and over one another.

The heightened performances and Visconti‘s luridly expressionistic use of Technicolor conjure a garish world of decaying opulence in which one family’s downfall comes to stand for the moral rot of a nation.

The Damned opened to widespread critical acclaim, but also faced immense controversy from ratings boards around the world for its sexual and deeply taboo thematic content. In the United States, the film was given an “X” rating by the MPAA and was only lowered to a more-marketable “R” after twelve minutes of offending footage were cut. It’s definitely not an easy watch, but proves a deeply rewarding experience for viewers with a taste for twisted pitch-black satire and melodrama. Though it’s been out of print for quite some time, The Criterion Collection has swooped in to give The Damned an exquisite special edition release on DVD and Blu-ray.

Special features include a new 2K digital restoration by the Cineteca di Bologna and Institut Lumire, with uncompressed monaural soundtrack on the Blu-ray; an alternate Italian-language soundtrack; an interview from 1970 with director Luchino Visconti about the film; archival interviews with actors Helmut Berger, Ingrid Thulin and Charlotte Rampling; Visconti: Man of Two Worlds, a 1969 behind-the-scenes documentary; a new interview with scholar Stefano Albertini about the sexual politics of the film; a new English subtitle translation and English subtitles for the deaf and hard of hearing; plus an essay by scholar D. A. Miller.

Check out the new cover art for The Damned below and click here to pre-order your copy. The new Criterion Collection special edition will be available on DVD and Blu-ray starting September 28th. 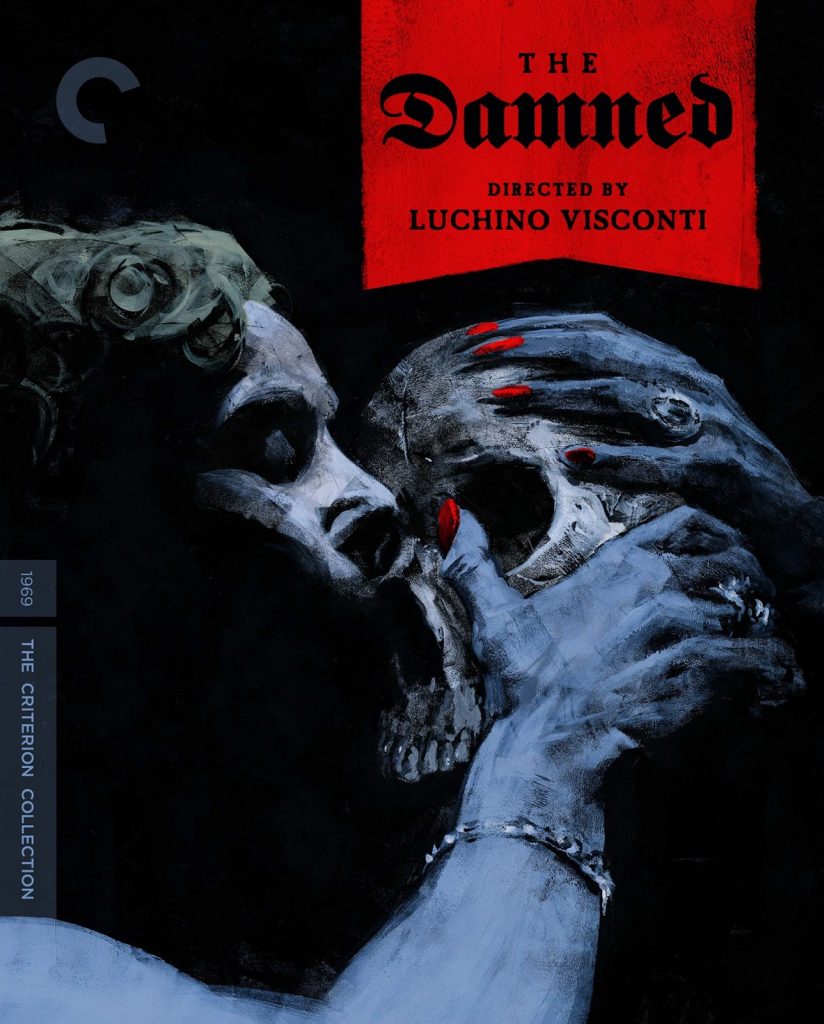