Out This Week: The Signifyin’ Works of Marlon Riggs

There has never been a filmmaker quite like Marlon Riggs (1957–1994): an unapologetic gay black man who defied a culture of silence and shame to speak his truth with resounding joy and conviction.

An early adopter of video technology who had a profound understanding of the power of words and images to effect change, Riggs employed a bold mix of documentary, performance, poetry, music, and experimental techniques in order to confront issues that most of Reagan-era America refused to acknowledge, from the devastating legacy of racist stereotypes to the impact of the AIDS crisis on his own queer African American community to the very definition of what it is to be Black.

Bringing together Riggs’s complete works—including his controversy-inciting queer landmark Tongues Untied and Black Is . . . Black Ain’t, his deeply personal career summation – The Signifyin’ Works of Marlon Riggs traces the artistic and political evolution of a transformative filmmaker whose work is both an electrifying call for liberation and an invaluable historical document.

Check out the artwork for The Signifyin’ Works of Marlon Riggs below and click here to order your copy. The collection is now available on DVD and Blu-ray! 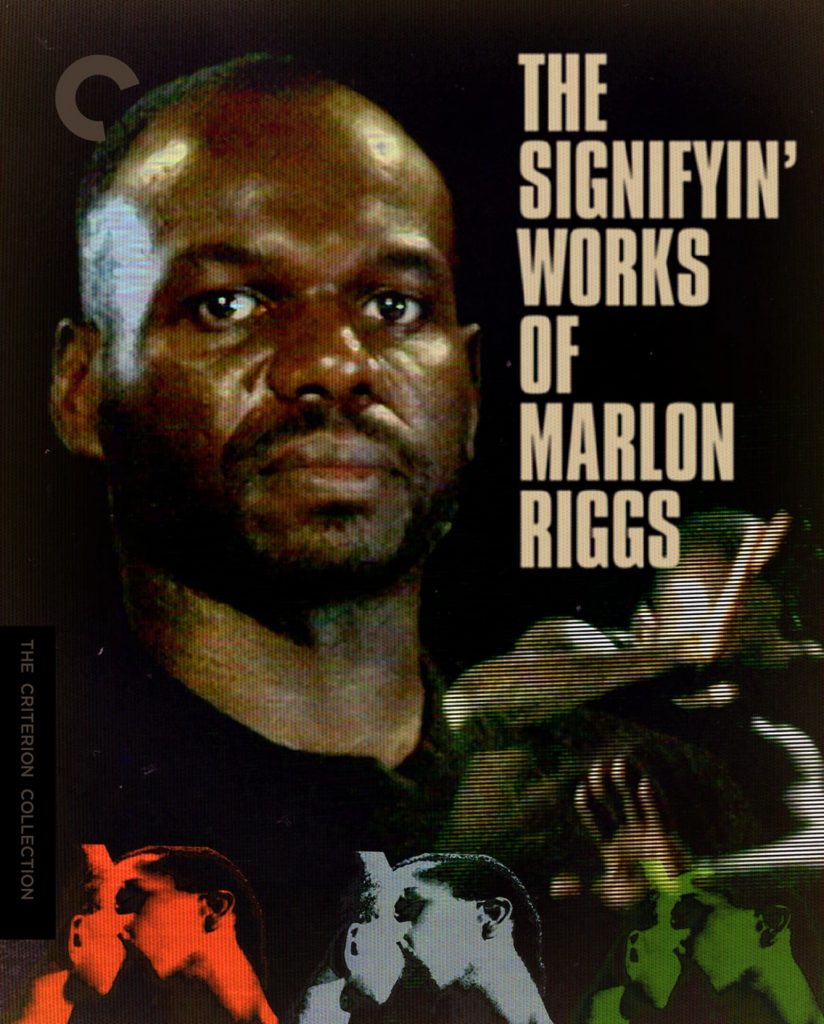