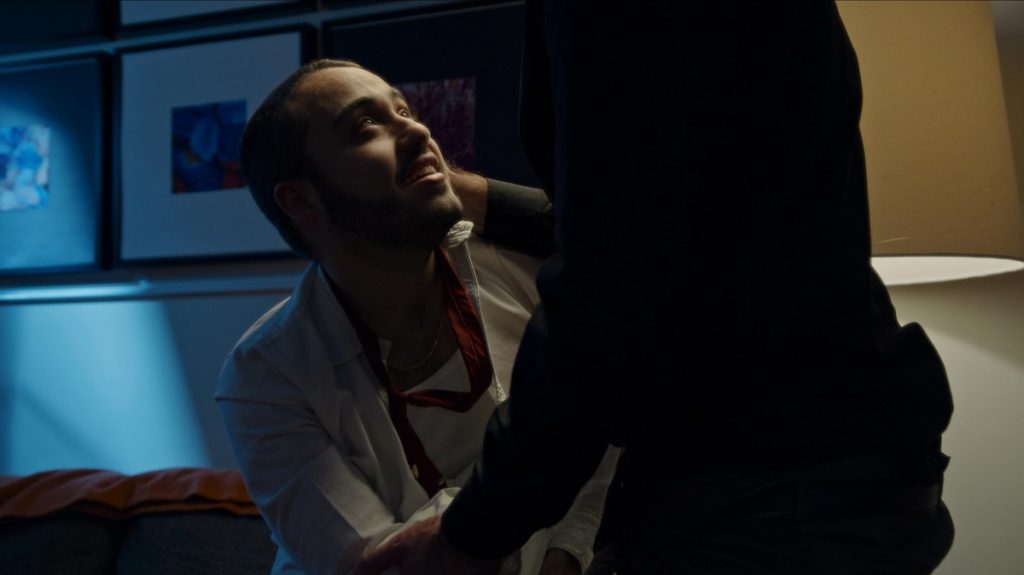 Night Disclosure
When Marc (José D. Álvarez), a young real estate agent, celebrates a recent big sale over a nightcap with his married boss, Tom (Sean Patrick Murtagh), he soon finds himself in dangerous waters. The night – and their intense verbal back-and-forth – lead them to question their dynamic and push the boundaries of trust, monogamy and open relationships. A smart, sexy and well-crafted new thirteen-minute short film from A.J. Mattioli (the prolific writer-producer-director behind films like Neon Boys, Mass, Your Eyes on Me, Miles, Tooth 4 Tooth, Innocent Boy and many more), Night Disclosure presents a titillating scenario where there is actually much more going on than initially meets the eye. 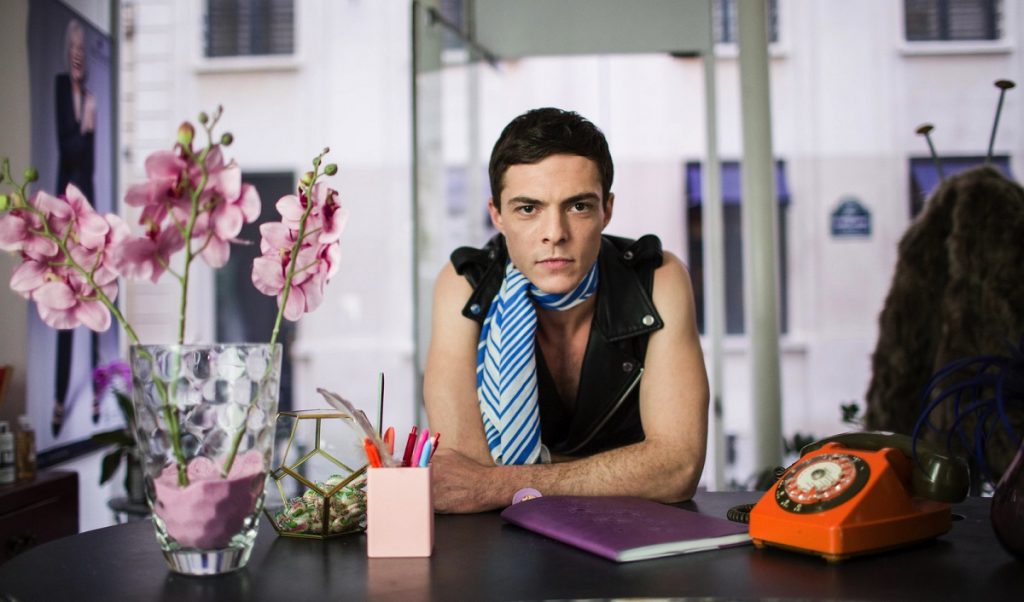 Horror, Sex and Hair Curlers
Francose (Karine Lyachenko) is spying on her husband Robert (Olivier Ruidavet). She suspects that he may be cheating on her – and the intuitive hairdresser is right to trust her instincts. She soon spots Robert stepping inside a gay sex club with an alluring, leather-clad young man (Jordan Large), as handsome as he is mysterious. Francose is furious, but she has no idea how weird and horrific this day is about to get! Funny, sexy and stylish, Horror, Sex and Hair Curlers is an award-winning eighteen-minute short film from from French director Philippe Solange, who blends horror and comedy into one wild ride that takes an unexpected turn.

Kiss Me, Kill Me
Dusty (Van Hansis) blacks out while confronting his cheating boyfriend Stephen (Gale Harold). When Dusty comes to, he finds that Stephen has been murdered… and now he’s the prime suspect. But West Hollywood is filled with other possible perpetrators: an unstable lawyer, a couples’ therapist, a jealous ex, a sketchy best friend, a resentful lesbian couple, and a drag queen hypnotist. Now Dusty must put all the pieces together to figure out what really happened – even if it means he’s guilty of murder. Kiss Me, Kill Me is a riveting gay thriller from director Casper Andreas (The Big Gay Musical, Violet Tendencies, Going Down in La-La Land).

Darkroom
In Darkroom, pioneering cult director Rosa von Praunheim focuses his lens on a recent, true criminal case involving a German serial killer. Lars (Bozidar Kocevski), a male nurse, moves with his lover Roland (Heiner Bomhard). They renovate an apartment with the intention of finally living together. For Roland, their happiness seems almost complete. What he doesn’t know, however, is that while secretly checking out Berlin’s nightlife, Lars is experimenting with a deadly poison – an obsession that will lead to a horrific outcome for the couple. Using a psychiatric tribunal as a framing device, Von Praunheim balances Lars’ twisted fantasies with Roland’s dreams of a blissful romance. 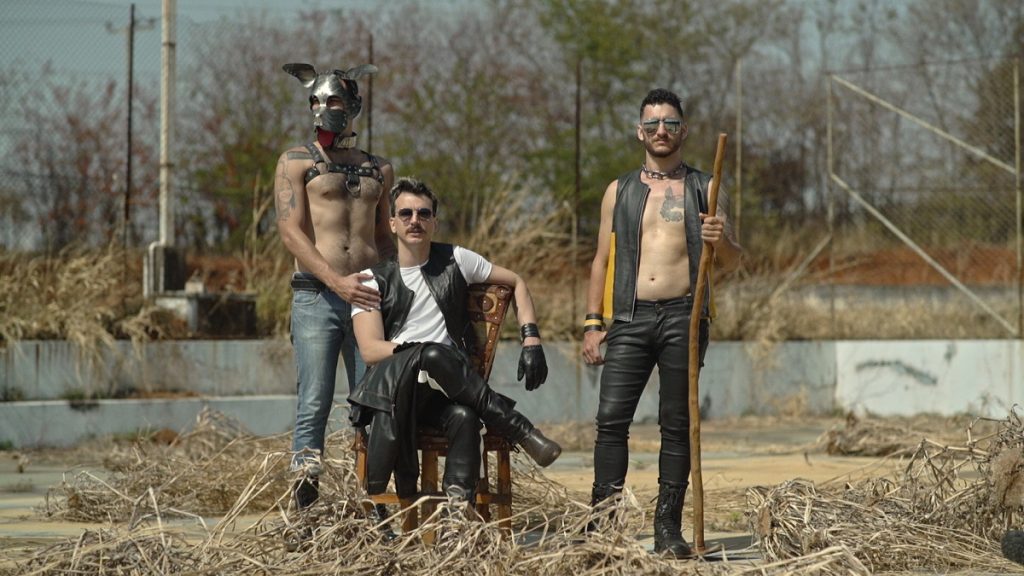 Mr. Leather
In April 2018, São Paulo played host to the second Brazilian Mr. Leather competition… and things got heated. The new film Mr. Leather offers you a front-row seat – and takes you deep behind the scenes – as five individual contestants vie for full leather dominance. Along with victory comes a year-long commitment to promoting the leather community throughout the country, even in the face of increasingly conservative values and political unrest. From director Daniel Nolasco (Dry Wind), Mr. Leather follows all the action, creating gorgeous and intensely provocative compositions that celebrate the unique power of this thriving subculture.