Papi Chulo
From John Butler, the acclaimed writer-director behind 2016 hit Handsome Devil, comes a heartfelt comedy starring Matt Bomer, Ryan Guzman, Wendi McLendon-Covey and more! After a newly-single local TV weatherman (Bomer) is put on leave following an on-air meltdown, he directs his energy into home improvement and hires a middle-aged Latino day laborer named Ernesto (Alejandro Patino) to help. Despite a language barrier and having nothing much in common, the two men develop an unexpected but profound friendship in this darkly comedic reflection on class, ethnicity and companionship in contemporary Los Angeles. The performances are superb in this touching new buddy comedy that aims to break down all sorts of long-standing social barriers. 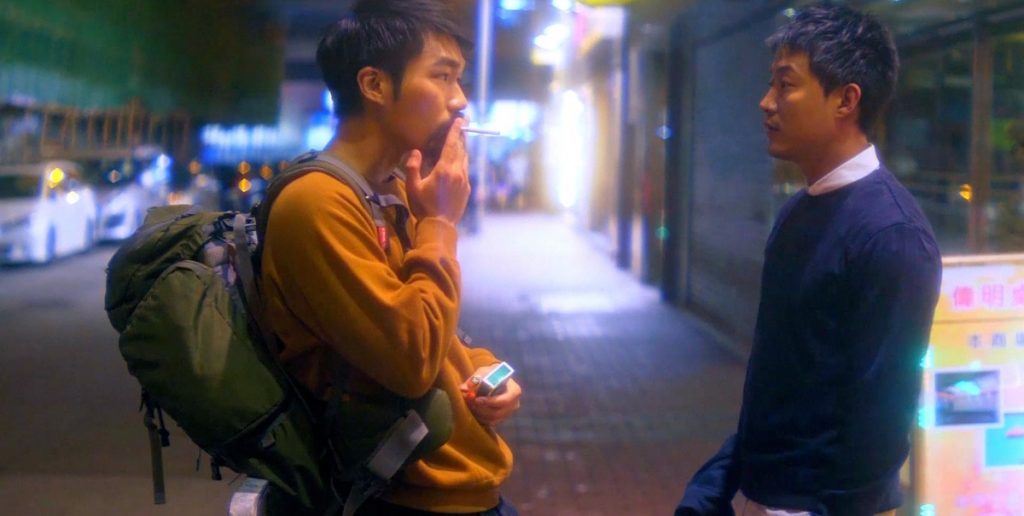 I Miss You When I See You
Jamie (Bryant Ji-Lok Mak), on his way to visit his uncle in Melbourne, stops by Sydney to see his old school friend Kevin (Jun Li), who lives in a group home due to crippling depression. It’s been over a decade since they last saw each other back in Hong Kong, but the two reconnect as if no time has passed. Jamie gives Kevin an open offer to visit him in Hong Kong anytime – an offer Kevin cannot refuse. Now back in his homeland, Kevin quickly overstays his welcome, and his presence causes a rift between Jamie and his suspicious girlfriend (Candy Cheung). Through it all, the true reason for Jamie and Kevin’s estrangement hangs over them like a raincloud, a reason further elucidated in a series of flashbacks to their confusing, treacherous school years. Director Simon Chung‘s I Miss You When I See You navigates a tense landscape of modern masculinity. 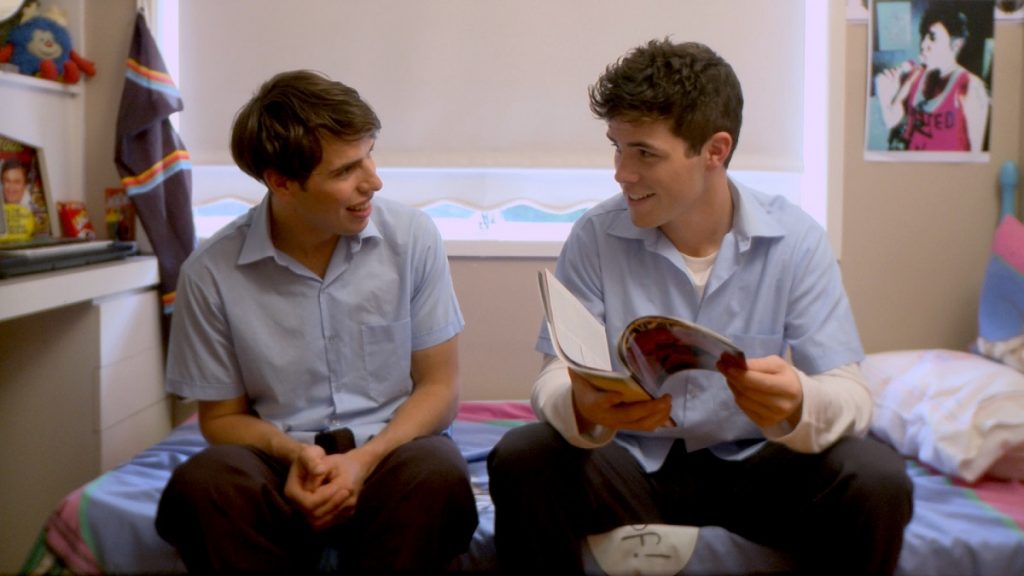 Monster Pies
Does anyone ever forget the time they felt the incredible force of first love? Mike (Tristan Barr) has always felt like an outsider. When his English teacher pairs him up for a class assignment on “Romeo and Juliet” with hot new kid William (Lucas Linehan), Mike can’t believe his luck. As the two spend more and more time working together on a monster movie version of the Bard’s classic tale, they soon realize their feelings for one another may be more powerful than either is truly ready for. A touching and original tearjerker from Australia all about the encompassing power of first love, Monster Pies is sure to move even the hardest of hearts. Originally released in 2013, the film earned rave reviews and won the Audience Choice Award for Best Feature at the Melbourne Queer Film Festival. 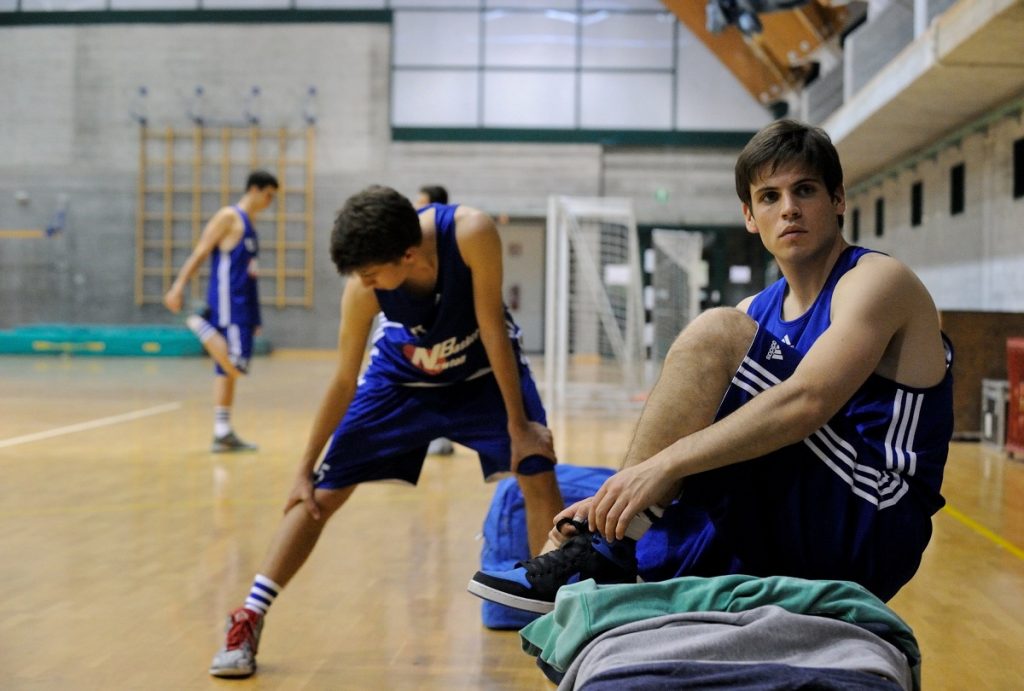 One Kiss
Antonio (Leonardo Pazzagli) is a star basketball player on his high-school team, but that doesn’t mean he’s popular. Soft-spoken, awkward, and still grieving over his older brother’s death, he’s excluded from his teammates and considered dumb. Blu (Valentina Romani), who has a reputation for her sexual exploits, defiantly rides her scooter past graffiti labeling her a “slut.” Lorenzo (Rimau Ritzberger Grillo), new in town as well as newly adopted, relies on his extravagant sense of fashion and elaborate imagination to distract him from the bullies at school. These three teens form a friendship and a defense against the closed-minded bullies who constantly berate them. Reminiscent of ’60s New Wave forerunners like Truffaut’s Jules et Jim and Godard’s Bande a parte, One Kiss is a story of outsider friendship and the consequence of honesty. 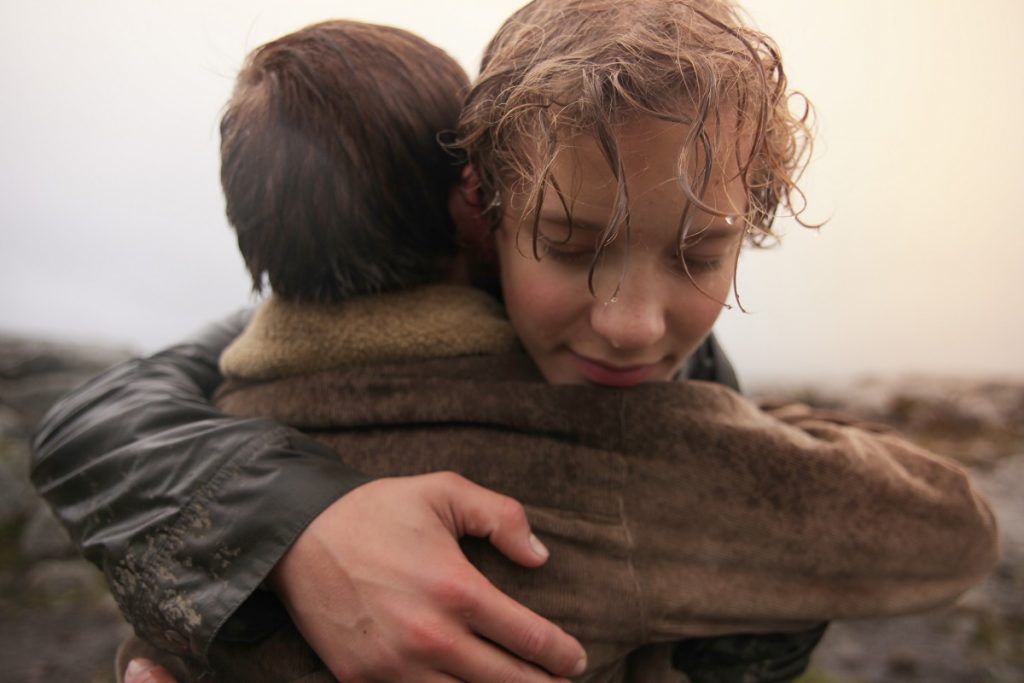 Heartstone
In a remote fishing village in Iceland, teens Thor and Christian (Baldur Einarsson and Blaer Hinriksson) experience a turbulent summer. As one of them tries to win the heart of a girl, the other discovers that he is harboring romantic feelings toward his best friend. When summer ends and the harsh nature of Iceland takes back its rights, it’s time to leave the playground and face adulthood for the first time. A gorgeous, emotional coming-of-age film, Heartstone won the hearts of critics all over the world. The Playlist said it’s “beautifully shot, touchingly performed and delivered with a thrillingly atmospheric sense of place.” And Screen International said it’s “affecting as well as perceptive in how it intimately depicts the blossoming of youth… just the right amount of confidence, compassion and clear-eyed style.”