Stone Fruit
When long-term couple Manny and Russ (Matt Palazzolo and Rob Warner) decide to call their marriage quits and get a divorce, they also – quite strangely – decide to celebrate the occasion together. The pair head to the Central Coast of California for some wine, sun… and more wine! When Byron (Thomas Hobson), their close friend, joins up with them, an unexpected threesome ensues and the trip becomes the post-divorce party to end all post-divorce parties. This witty, sharply-written new film gives freshness to the classic break-up movie by bringing in a queer perspective and exploring the complicated similarities that many couples, both queer and straight, face throughout their love stories. Stone Fruit is a charming, sexy and very funny new “anti-romantic comedy” for anyone who has ever fallen OUT of love.

Mass
The new twelve-minute short film Mass follows Trey (played by writer-director-star Linus Ignatius), a man who finds his usual body dysmorphia compounded by the fact that he is HIV-positive – and pretty freshly diagnosed. He’s soon stuck in the middle of a perfect storm of “I am not enough” feelings. At night, he invites a macho, joyless man over to take advantage of him in the bedroom, and we see how Trey, in his self-loathing, brings people into his life who abuse him – reinforcing his role as the victim. But there is a happy ending to all of this, starting as the next day dawns. Trey, continuing on with his bulking progress, he becomes one pound heavier than the day before. A sexy, stylish and thought-provoking short film, Mass is now available to rent or download on-demand at TLAgay. 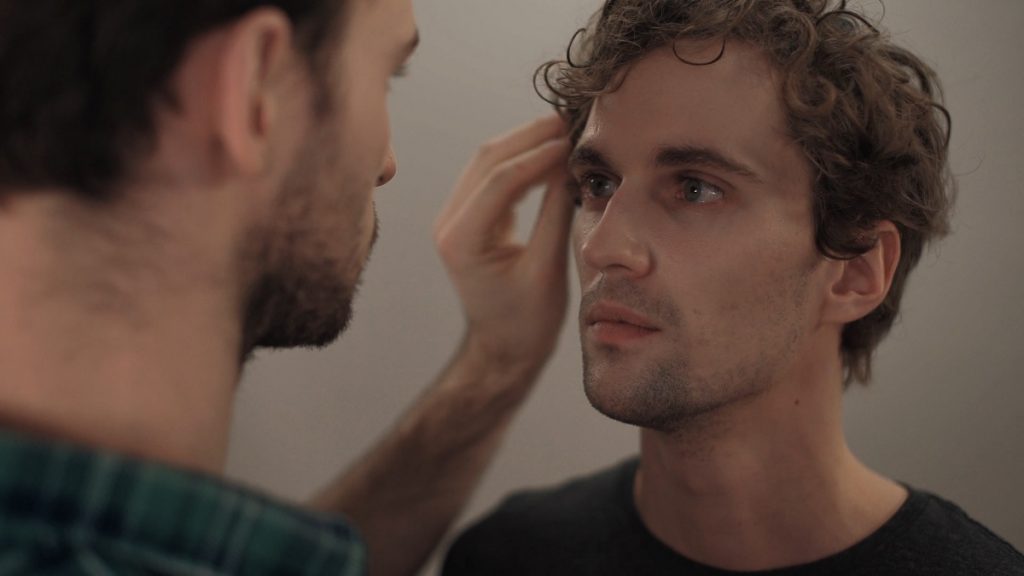 Testosterone: Volume One
Get ready for the first volume in a thrilling series of gay short film collections – featuring some of the hottest flicks from four corners of the world! Testosterone: Volume One is guaranteed to get your pulse racing. From the intense effects of first love to a deliciously campy tale of a camping trip gone horribly wrong, this compilation of four brilliant shorts is sure to stir. The End of My World follows an attractive young man who, after a break-up, becomes convinced that the world is ending. The Surf Report tells a ghostly beach-side love story. It Gets Better? follows an older man who decides to start telling secrets online. Finally, the hilarious Killer Friends is a quirky horror comedy that follows four friends on a camping trip gone terribly wrong. Make sure to look for the rest of the Testosterone short film collections as well. There are four in total so far!

Even Lovers Get the Blues
A contemporary pansexual drama, Even Lovers Get the Blues follows a group of close, sexually-liberated friends who are coming to grips with a tragedy. Ana (Marie Denys) is sleeping with Hugo (Gaël Maleux), Dalhia (Adriana da Fonseca) with Graciano (Gabriel Da Costa), Leo (Séverine Porzio) with Louis (Arnaud Bronsart), and Arthur (Tristan Schotte) with just about anyone who will have him. All of the wild parties and one-night-stands satisfy their individual desire to live life to the fullest… until one of them passes away quite unexpectedly. In the cold light of day, each member of this tight-knit group begins questioning the path they find themselves on. Featuring a ton of nudity and some truly explicit sex scenes, Even Lovers Get the Blues is an adults-only exploration of the love and sexual lives of a group of fascinating young lovers. 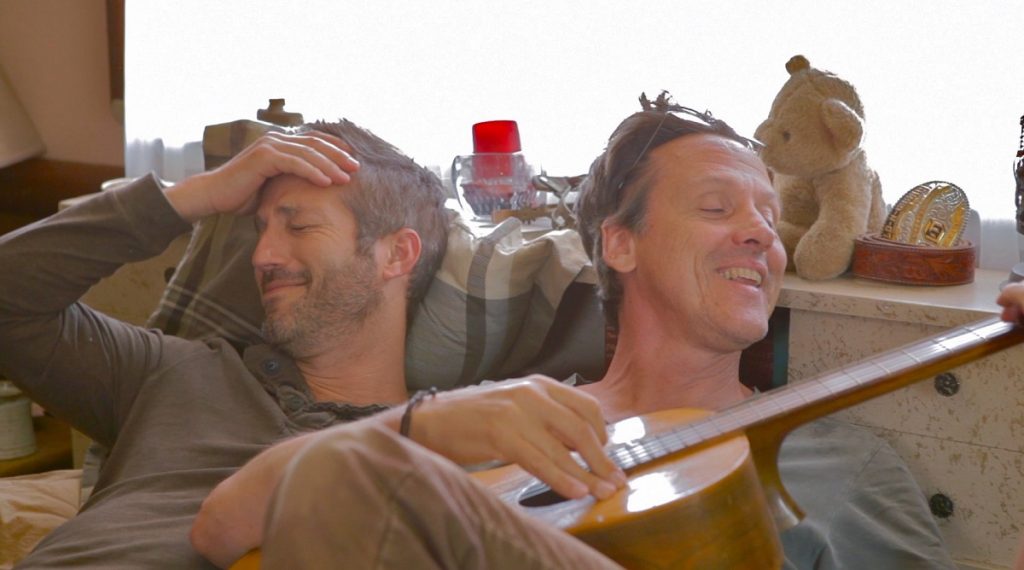 Perfect Cowboy
Perfect Cowboy is a unique “alternative family film” about the two gay fathers of a straight country western singer, all living in a rural community and playing music together. When hard-drinking singer/songwriter Jimmy Poole (Ken Roht) returns home after a stint in prison, he finds that things have changed. His longtime partner Ty (Jeffrey Watkins) seems to be doing just fine without him, and the son they raised together has taken over his place as the lead singer in his country-western band. As Jimmy struggles to retake center stage in his own life, he ends up alienating those he loves the most. And when he reveals what happened to him in prison, it threatens to break up his relationship with Ty for good. Will their family’s collective love for making music be enough to keep them together? Don’t miss this award-winning musical family drama.