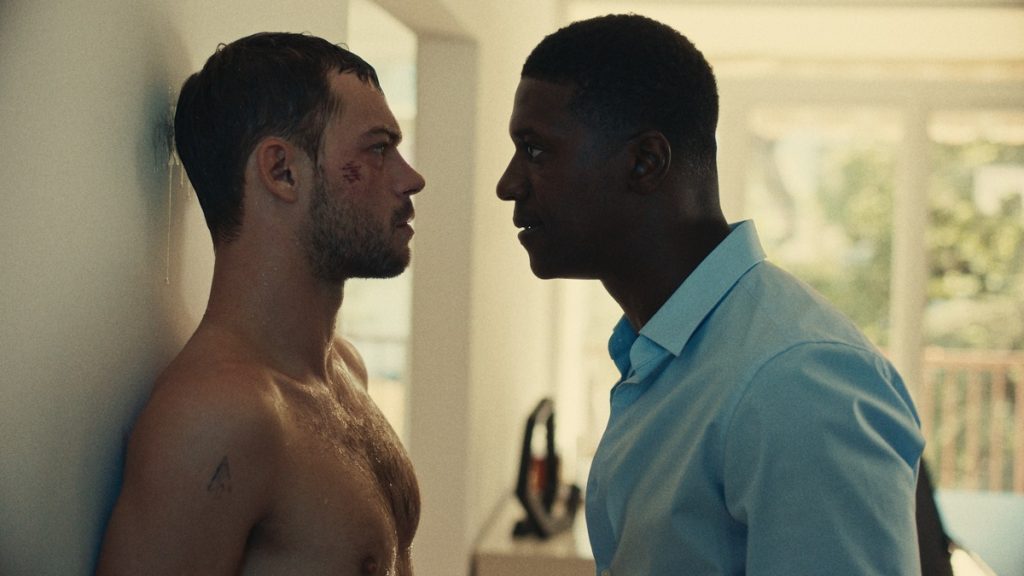 Boys
Following one man through two timelines decades apart, Boys is a gripping and compassionate study of first love and the lingering sting of loss. We first meet Jonas (BPM, Sauvage/Wild and Knife+Heart star Felix Maritaud) in the present where he’s having a rough go of it. He’s prone to starting fights at the local gay bar and his boyfriend has had enough of his infidelity and alcohol-soaked antics. His volatile behavior may stem from his past. The film flashes back to 1997, where Jonas meets a rebellious new student who will become his crush. The pair venture out on their first proper date, unaware that a traumatic incident is about to change their lives forever. Charrier teases out the details in this searing mystery/thriller/drama. 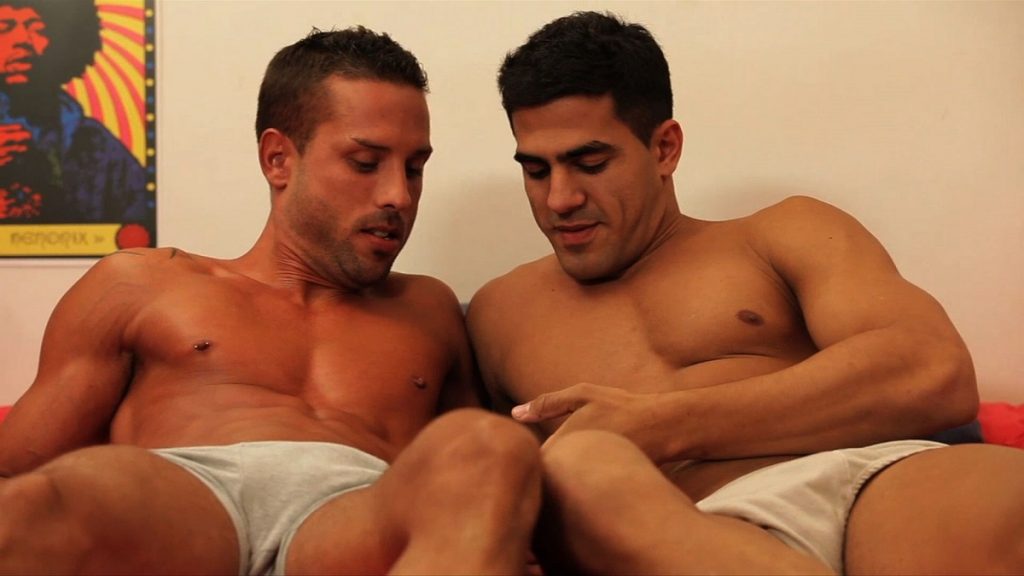 Sexual Tension: Volatile
A pulsating collection from acclaimed director Marco Berger, Sexual Tension: Volatile weaves together six sexually-charged short stories of erotic male bonding! A young man feels the adrenaline rush of his sexy tattooist’s needle in Ari while in The Cousin, a cute boy has a taboo attraction for a family member. Two straight buddies show each other how to make love to a woman in The Other One, while a man with Broken Arms receives a sensual sponge bath from a male nurse. Love is questionable when a broken shower brings a married man and an innkeeper together and in Workout two muscular men begin to explore each other chiseled bodies. So many voyeuristic pleasures await you in this stunning anthology film! 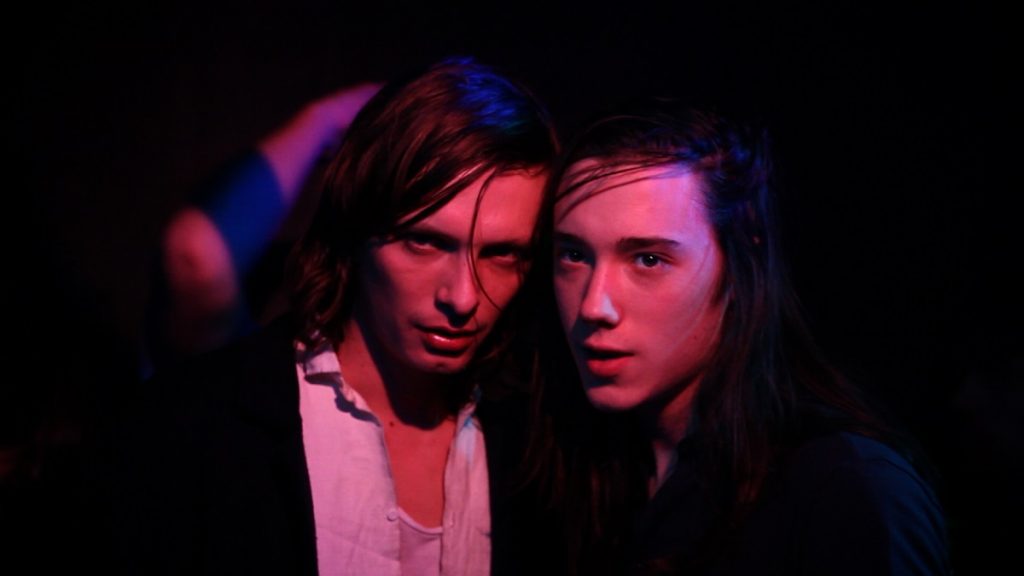 Atomic Age
An exploration of the underlying sexual tension between two close male friends, Atomic Age charts the evolution of burgeoning youthful sexuality over the course of one night in Paris. Victor and Rainer (Eliott Paquet and Dominik Wojcik) are typical young French hipsters on their way to Paris, swigging Red Bull, bantering about the Stone Roses, and musing about what awaits them. Checking into a club, Victor hits on the girls, while Rainer spikily rebuffs the advances of a male admirer. Testosterone surges, bravado leads to a face-off… just another night on the town. Until it’s not. This character study captures what it’s like to be young and fumbling through a sexual awakening while negotiating the delicate bonds of friendship. 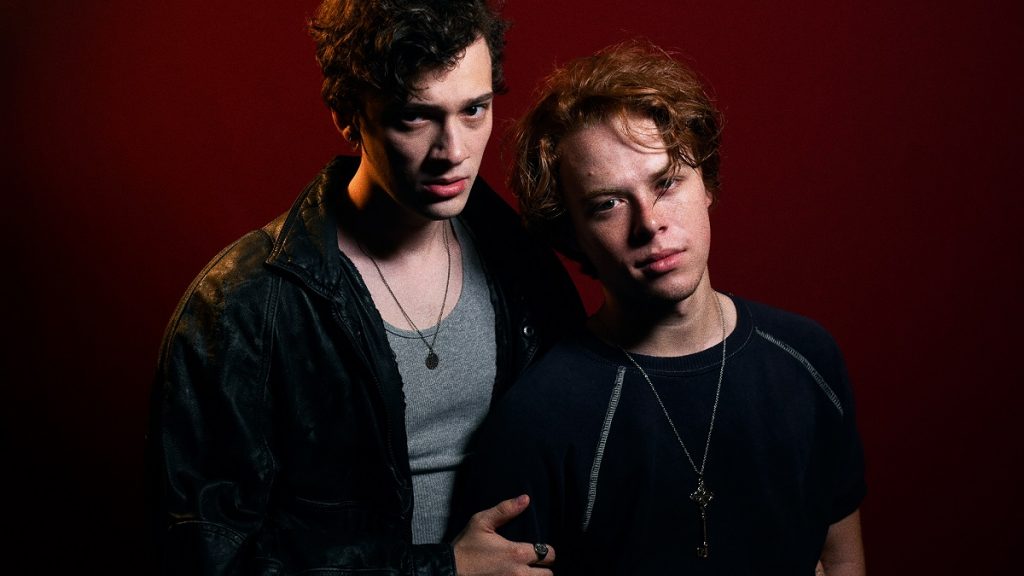 Rapture in Blue
Like a David Lynch thriller filmed through a queer lens, writer-director Ryder Houston‘s Rapture in Blue follows a young man’s quest through flickering neon and hazy shadows to find his true self. After Jason (Bryce Lederer) tries to use his childhood home for a steamy rendezvous with his girlfriend, they discover it’s been newly occupied by the smoldering Sebastian (Tanner Garmon), who eagerly warms up to anxious Jason. Wracked with desires he’s long ignored while also being pressured by his girlfriend’s sensual advances, a growing sense of unease and dread permeates his life. After receiving an “impossible” photo of him embracing Sebastian, Jason realizes he needs to confront the madness consuming him from all sides. 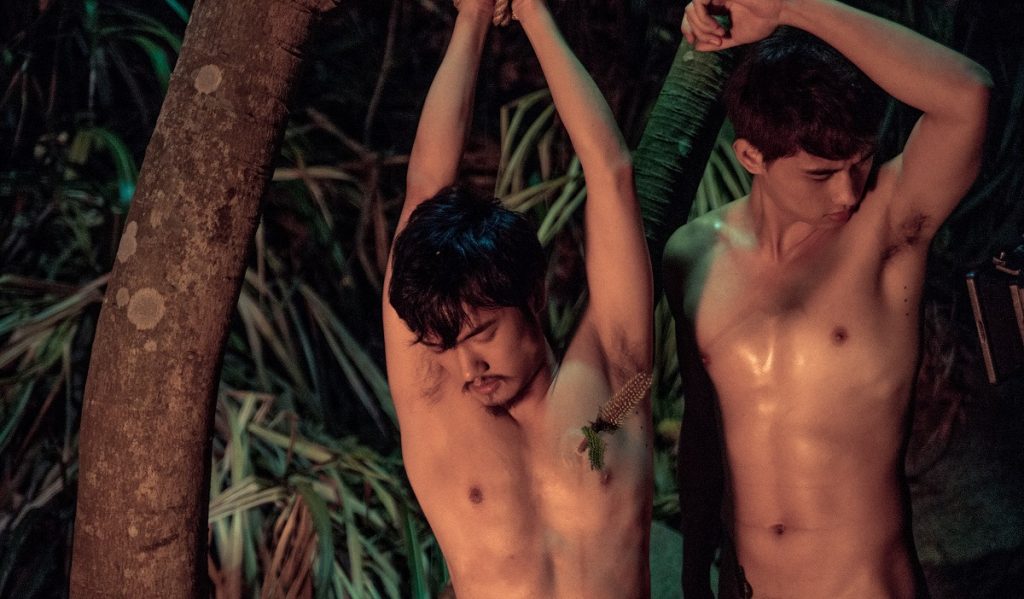 Utopians
From provocative Hong Kong-based filmmaker Scud, Utopians follows Hins (Adonis He), a dreamy young student of literature and philosophy who finds himself in thrall of his charismatic teacher Antonio (Jackie Chow). Antonio soon drags Hins and his religious girlfriend Joey (Fiona Wang) into uncharted erotic territories. The intriguing appearance of Swan (Moe Chin), a beautiful intellectual woman, only adds to their entanglement of sensuality and lust. What once seemed like a path towards a surreal and unrestrained utopia is now barred by a lifetime secret and a lie of the heart. Will Hins lose himself amid the chaos of eroticism? Packed with nudity and graphic sex scenes, Utopians is a heady pansexual drama.