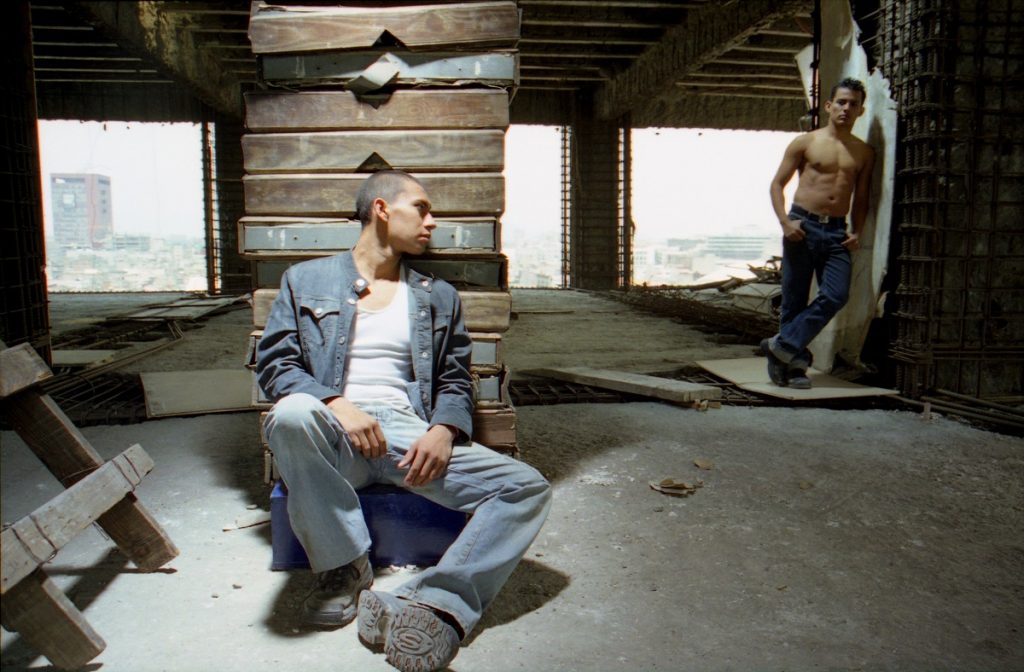 Mexican Men
Who’s up for a sensual, seductive and truly unique trip through short, queer Mexican cinema with some of the hottest Latin men that have ever graced the screen? Mexican Men collects five of the most accomplished recent gay shorts from South of the Border – where some very exciting, expressive and groundbreaking LGBT cinema is being produced. With casual encounters, emerging love stories and deeply touching connections, this unusual, completely exclusive compilation is guaranteed to stir your heart… and your loins. This collection includes the films Tremulo, Atmosphere, To Live, Wandering Clouds and the provocatively titled Young Man at the Bar Masturbating with Rage and Nerve. 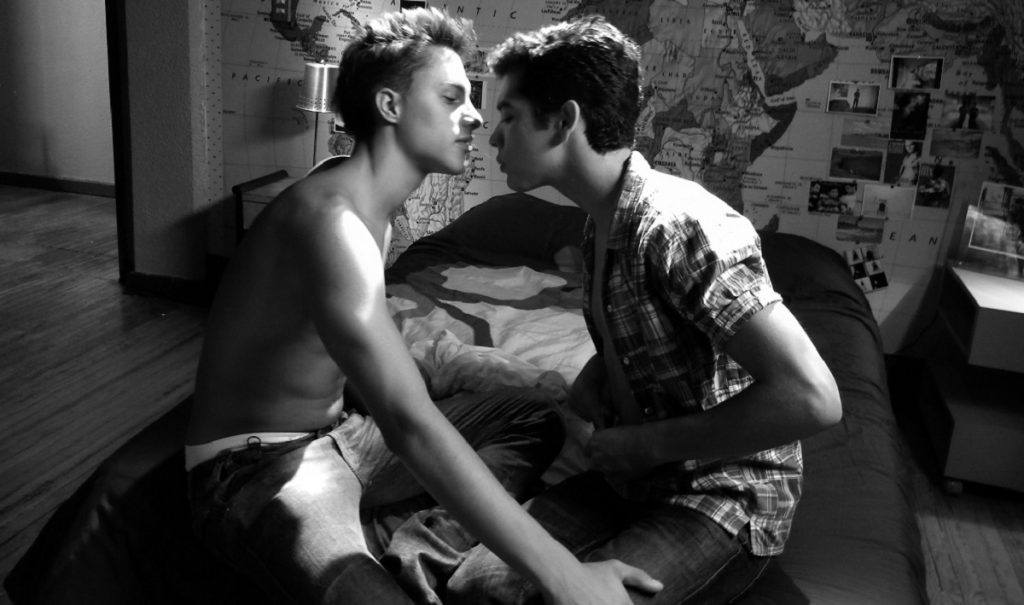 I Am Happiness on Earth
Speaking of Mexican men, Julián Hernández, one of Mexico’s premier LGBTQ filmmakers (Raging Sun, Raging Sky), helmed this tale of a film director struggling with the line between his sexually charged reality and equally arousing cinematic creations. Will lead character Emiliano (Hugo Catalan) be able to sustain his relationship, or will his lust for beauty and meaning lead him elsewhere? Furious couplings between gorgeous men include an exhilaratingly explicit play-within-a-play. Hernández’s boldly poetic romance compares with such films as Fellini’s 8½, Godard’s Contempt and others exploring the connections between love, sex, creativity and filmmaking. 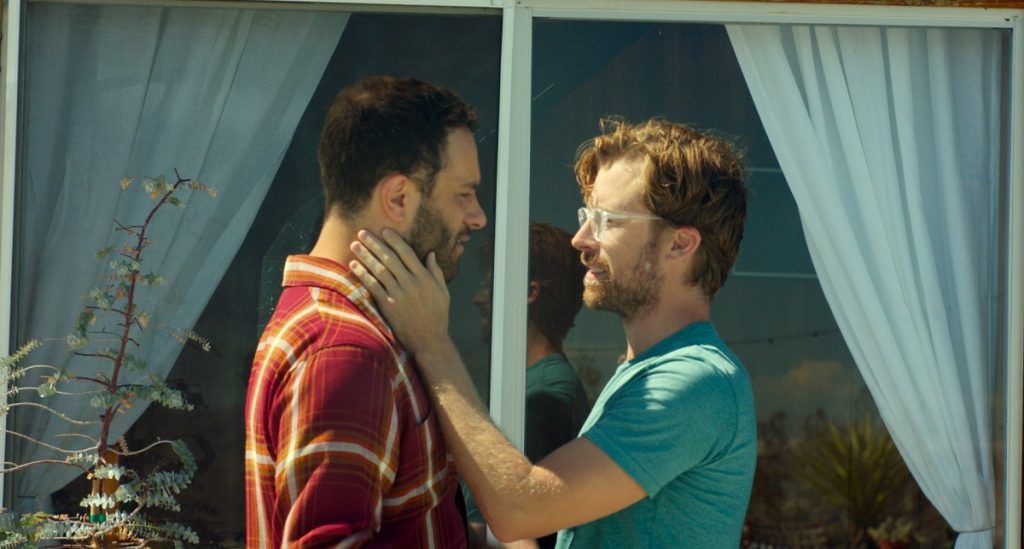 Lazy Eye
Dean (Lucas Near-Verbrugghe), a graphic designer living in Los Angeles, notices a sudden change in his vision. Around the same time, Alex (Aaron Costa Ganis), an ex-lover from 15 years prior, contacts him unexpectedly in hopes of rekindling their relationship. When the two meet at a vacation house in the desert near Joshua Tree, secrets are revealed and passions are rekindled that threaten to upend both of their lives. Forty-eight hours later, neither will ever be the same. Written and directed by Tim Kirkman, Lazy Eye is a thoughtful and thoroughly sexy romance about roads not taken, unfinished business and the struggle of adjust to progressive lenses. 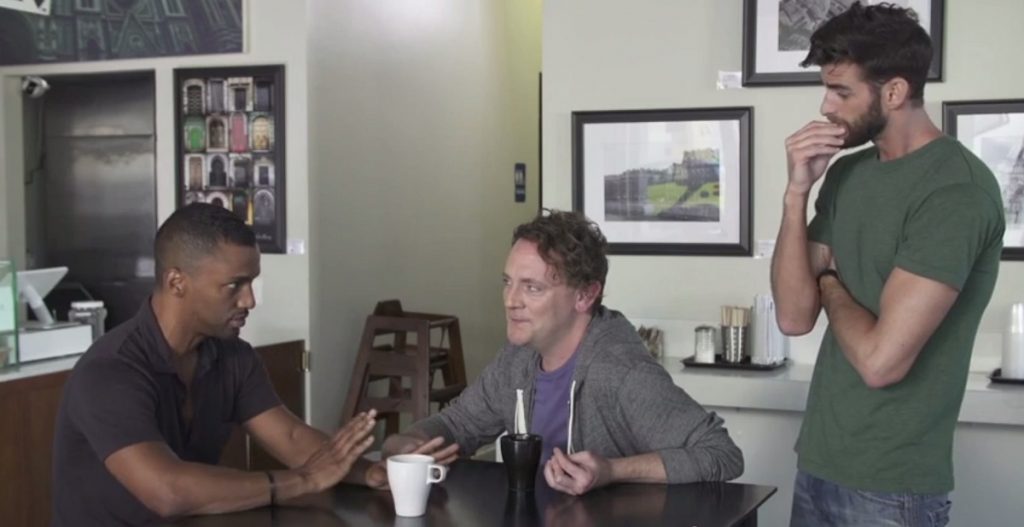 Coffee House Chronicles: The Movie
Based on the beloved and successful web series, Coffee House Chronicles: The Movie takes a close look at different LGBTQ people who make contact with each other in a variety of ways – the Internet, via social media, and face to face – in coffee houses, and how their relationships grow and evolve over time. The movie unfolds in an anthology style, showcasing short, entertaining vignettes with a diverse set of characters. The cast faces that will be familiar to gay movie/series fans, like Drew Droege, Chris Salvatore, Darryl Stephens, Mark Cirillo and Nicholas Downs – and director Stewart Wade also makes sure to add a strong emphasis on the important social issues that face the LGBTQ community each day. 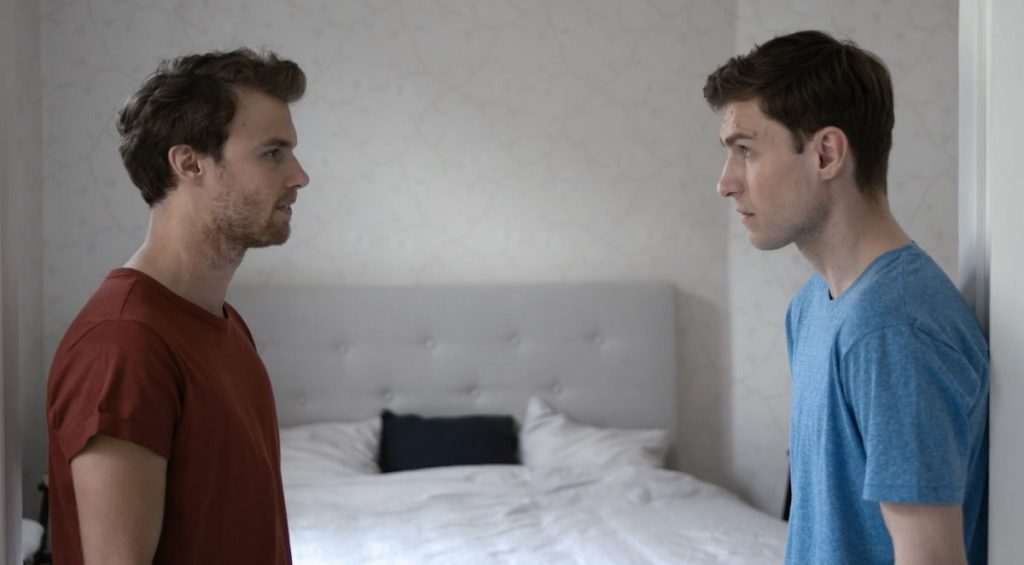 Are We Lost Forever
Are We Lost Forever follows two young men who may have come to the end of their long-term relationship. For Hampus (Jonathan Andersson), breaking up with Adrian (Bjorn Elgerd) is a good thing. He’s happy to veer away from the destructive path that their relationship had been taking. For Adrian, it’s quite the opposite. He’s devastated to lose his lover and will stop at nothing to win him back. The fallout of their break-up is divided into stages of desperate attempts to reunite, as well as rebounds that sometimes push them further apart and sometimes bring them closer together. This feature-length debut from award-winning short film director David Fardmar is a poignant, sexy and bittersweet romantic drama.