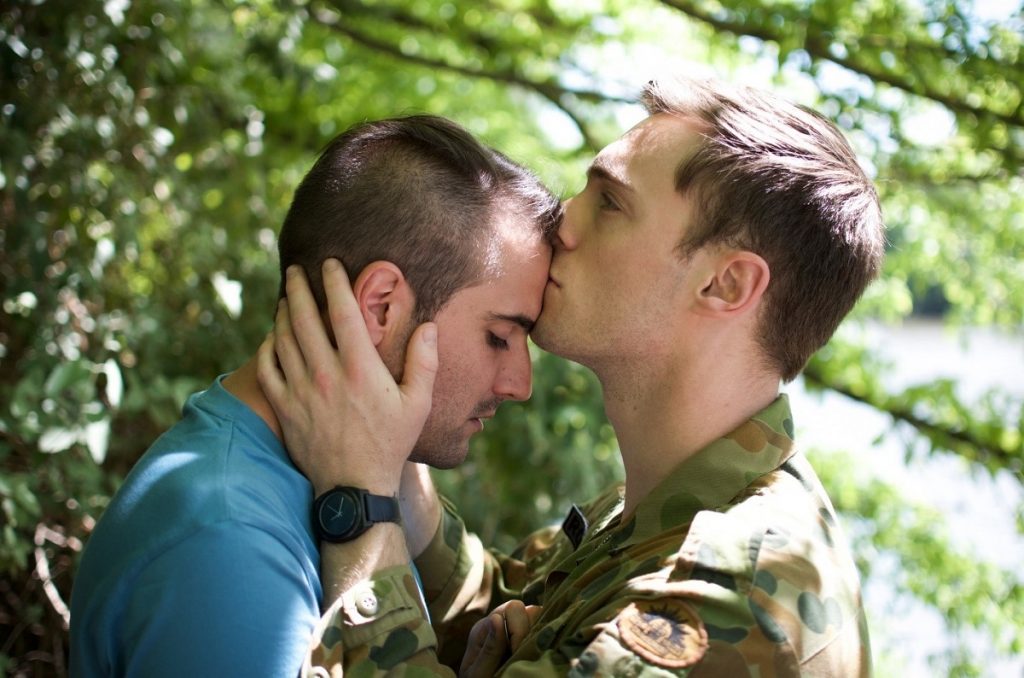 Sacrifice
Created and written by lead actor Leigh Smith, the new 18-minute short film Sacrifice follows two protagonists as they enter a new phase in their relationship. James (Smith), a humanitarian rights lawyer, and Blake (Jesse Everett), a military officer, are continually torn apart by their overwhelming sense of duty – and their struggle to lead a “normal and quiet life.” They love each other unconditionally, but their sense of duty is equally as important to both them, especially due to Blake’s military background. Sacrifice aims to show that love is the greatest sacrifice of all, regardless of race, gender and everything in between. The film also pays tribute to those in the military history of Australia who were unrecognized in their service due to their sexuality prior to the fundamental mind-shift in regulations.

Crazy All These Years
A poignant yet humorous look at life, death and the damage caused by running away, the romantic drama Crazy All These Years follows Ben (Christopher Howell). Worn out from his life in New York, Ben returns home to take care of his dying mother (Cinda McCain), only to rediscover the reasons he left. Picking up their contentious relationship, Ben tries to muddle through his mother’s every day demands as well as the unresolved feelings he left behind. His only solace comes from the rekindled relationships with his neighbor Lori (Caitlin Nicol-Thomas) and her hunky brother Joe (James Fuertes), who has since turned “straight” after Ben broke his heart. Can Ben mend these wounds and return to his old life? Or will he leave again… this time for good? Crazy All These Years began life as a stage play, but the emotional impact lends itself well to the cinematic world. 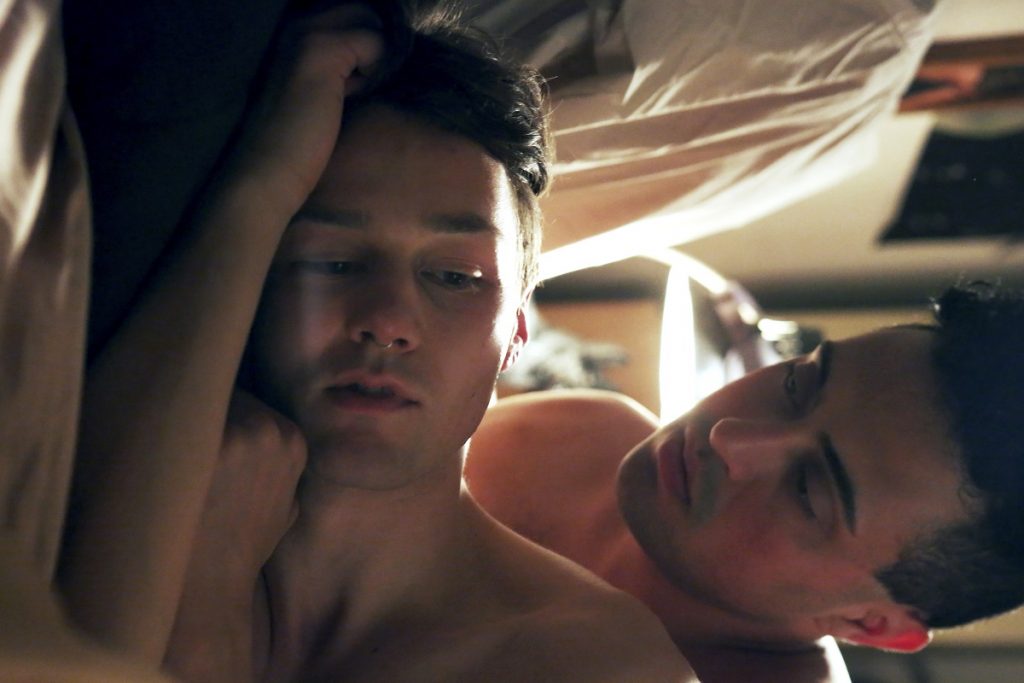 Desire Will Set You Free
A gay romance with a punk/hardcore aesthetic, Desire Will Set You Free takes you deep into the free-spirited, drug-fueled queer-paradise of contemporary Berlin. Ezra (Yony Leyser), a struggling American writer, meets Sasha (Tim-Fabian Hoffmann), a Russian immigrant escort, and introduces him to his world of clubs and parties – a dizzying and vibrant hedonistic underground. As they journey together through Berlin’s layered history and unique subcultural landscapes, their relationship begins to take a new form and inner desires threaten to disrupt everything. Fast-paced and sexy with eye-popping cinematography and production design, Desire Will Set You Free features an über-large cast of notable figures, including Amber Benson (Tara on “Buffy the Vampire Slayer”), “Godmother of Punk” Nina Hagen, infamous musician/performance artist Peaches and legendary gay artist/filmmaker Rosa Von Praunheim. 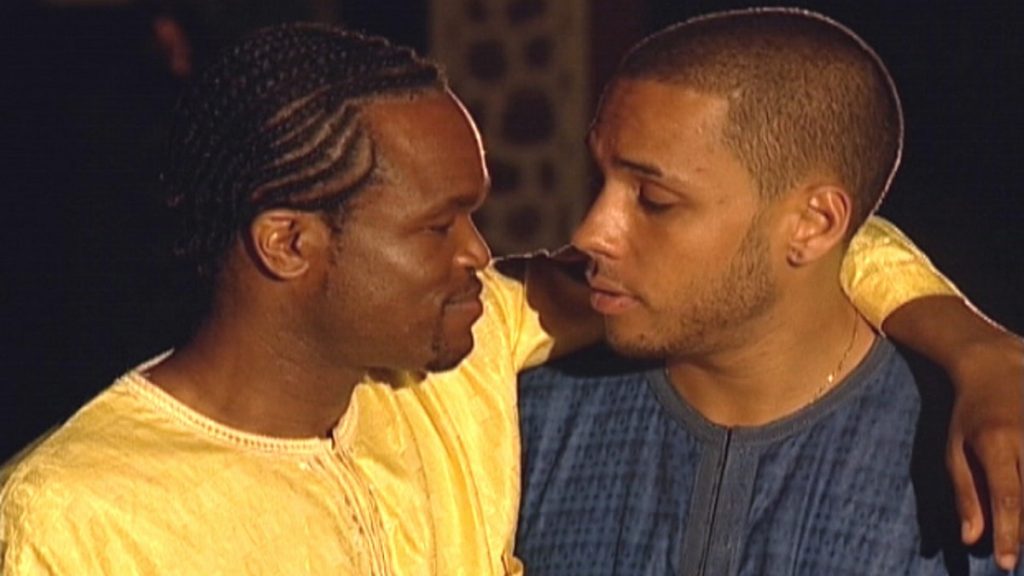 Rag Tag
Two friends are reunited and discover their feelings for one another in this drama from British-Nigerian writer-director Adaora Nwandu. Raymond (Danny Parsons), known to his friends as ‘Rag’, was born in London to parents from Jamaica. As a child, his best mate was Tagbo (Damola Adelaja), or ‘Tag’ for short, whose folks were émigrés from Nigeria. As adults, the pair have lost touch. Rag, now a hustler, leaves behind an ex-girlfriend and child in Birmingham to move back to London and reconnect with his best friend, while Tag has graduated with honors from law school and is looking for work while dating Olivia (Tasmin Clarke). Rag finds Tag and they soon become fast friends again – seeming to understand one another and connect on a level others do not. While Rag realizes their true feelings and attraction, Tag is still reluctant to actually go through the “last” step. However, they will do all they can to take care and watch each other’s backs. 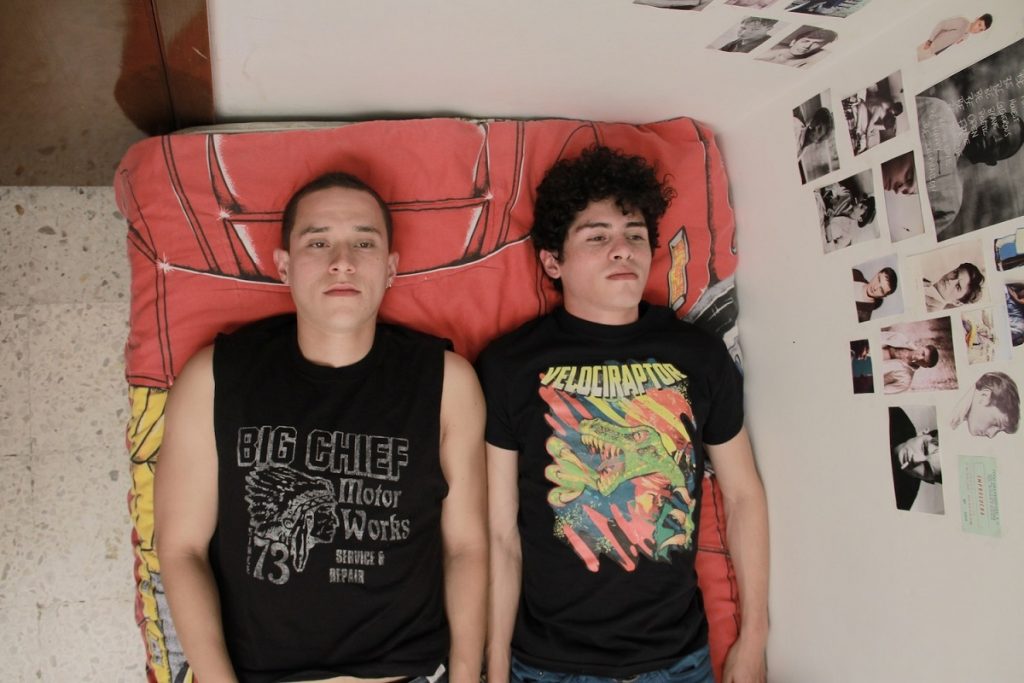 Velociraptor
On the eve of an imminent apocalypse, two buddies – one gay, one… lets say “undecided” – wander the streets. Deep in conversation, Alex and Diego (Pablo Mezz and Carlos Hendrick Huber) find themselves forming a deep bond while sharing their fears and desires about sex and intimacy. Once they make their way to Alex’s bedroom, the true nature of their relationship is made clear. The strength of their unbreakable friendship helps them test the limits of trust and loyalty while pushing one another into exciting new realms of sexual exploration. A smart, heartfelt mix of drama, science fiction and romance, Velociraptor is a terrific evocation of what it means to be young man, exploring male friendship and desire in an entirely fresh way. Make sure to check out director Chucho E. Quintero‘s similarly-themed follow-up These Peculiar Days (also starring Huber).