Like You Mean It
In the remarkable relationship drama Like You Mean It, first-time writer-director Philipp Karner (who also stars in the film) deftly captures the challenges of life in Los Angeles through the eyes of a disillusioned actor named Mark. Having spent years auditioning for bit parts, Mark questions whether he’s masculine enough for Hollywood’s leading-man criteria. His relationship with Jonah (Denver Milord), a sweet-natured musician and unfailingly supportive boyfriend, is on the verge of collapse, and nostalgia for happier times only makes their current troubles worse. As they attempt to reignite their intimacy through sex, drugs and therapy, Mark is forced to confront his own self-worth within the vast and notoriously isolating City of Angels. 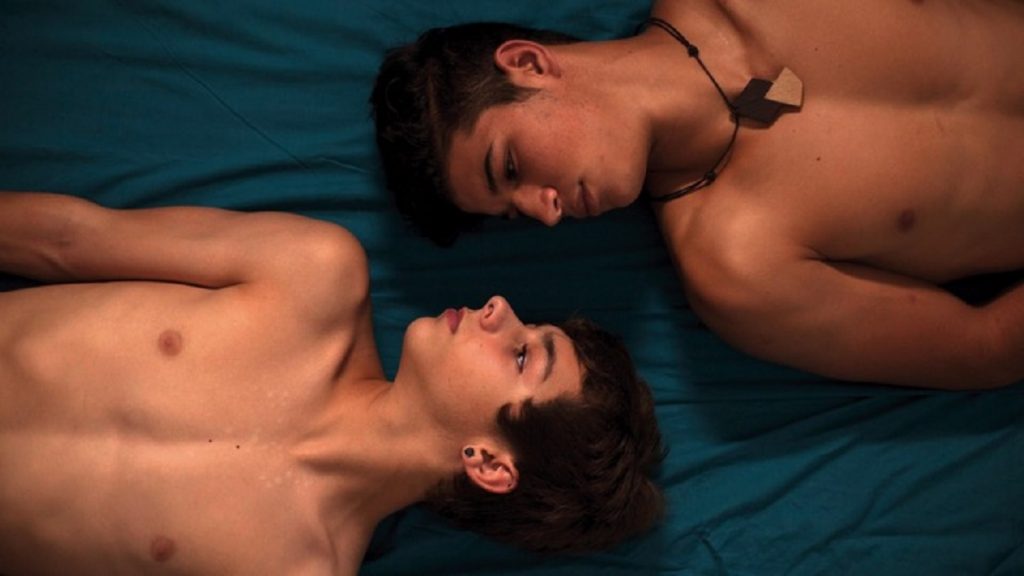 Hidden Away
In the bathroom of a crowded nightclub, Ibrahim (Adil Koukouh), a Moroccan boy, crosses paths with Spanish teen Rafa (Germán Alcarazu). Although they exchange only a fleeting glance, the encounter has a profound effect on the pair. As his friends try and set him up with a local girl, Rafa’s thoughts remain with Ibrahim. Meanwhile, Ibrahim finds himself isolated in the big city, treated like an outsider, with the threat of deportation hanging over his head. When the two boys meet again, they form a close bond and decide to work together to find a way for Ibrahim to escape his fate and live the life he wants. Against a backdrop of societal pressures and racial tensions, this arresting drama boasts two charming performances from its young male leads, expertly capturing the fears and excitement of first love. 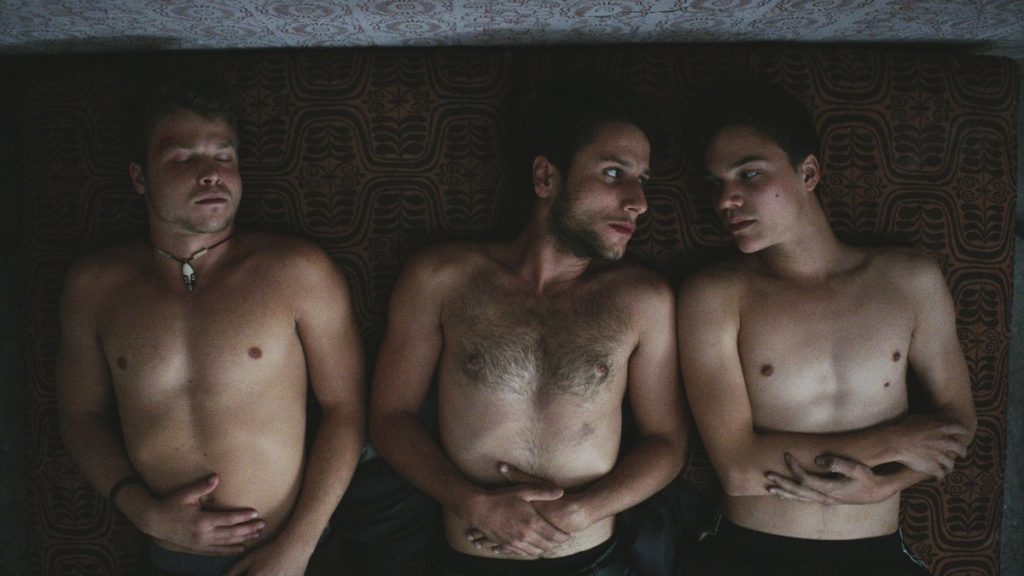 Land of Storms
Szabi (Andras Suto) is a young Hungarian on a German soccer team. After a fight with his best friend Bernard (Sebastian Urzendowsky), Szabi decides to return to Hungary to fix up a countryside home he inherited. There, he meets Aron (Adam Varga) and a mutual attraction ensues. But when news of their love affair spreads around their homophobic small town, the boys find themselves in great danger. To make matters worse, Bernard also shows up and a turbulent love triangle develops. With exceptional performances and evocative visuals, Land of Storms is a deeply affecting drama. It’s also positively dripping with homoeroticism. Those soccer uniforms alone made us break a sweat! 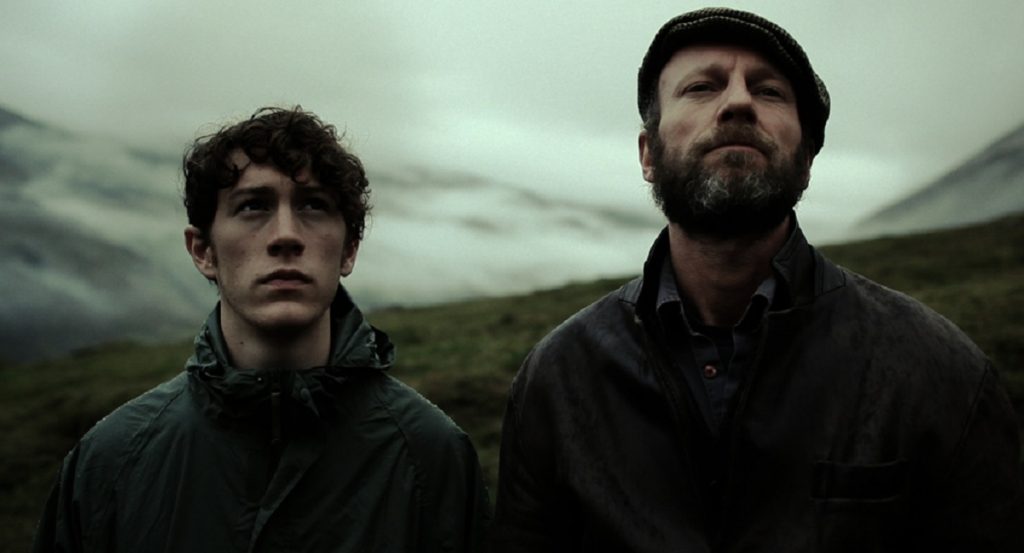 The Hour of Living
Young Theo (Sam Fordham) is on a quest. He finds among his late mother’s belongings a Super-8 film, in which his dad looks really happy – and a little in love (maybe a lot)… but not with Theo’s mother. Theo never really knew his dad and now that his mom is also gone, he’s intrigued to find out who else there was in his father’s life. His quest leads him into the past – and eventually to Switzerland, high up into a remote Alpine valley. There he finds George (writer/director Sebastian Michael) who has been living as a recluse for a decade. For George, Theo’s dad was the love of his life. As the two men meet and get increasingly close to one another, slowly their lives start to make sense. With absolutely gorgeous cinematography, The Hour of Living takes the viewer on an emotional journey that doubles as a feast for the eyes. 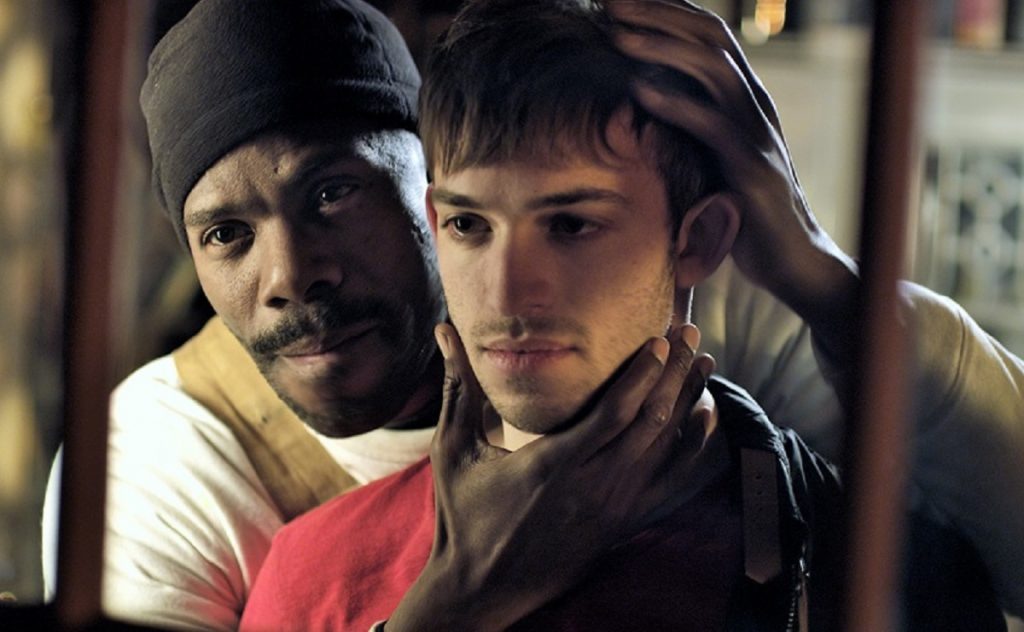 Beautiful Something
Edgy, absorbing and raw, Beautiful Something follows four diverse men (played by Colman Domingo, Brian Sheppard, Zack Ryan and John Lescault) as they navigate life during one sublime night. This narrative takes a fresh and unsentimental look at the links between young and old, black and white, sex and love, desire and art. As all four comb the Philadelphia streets looking for connection, they often settle for something quick and dirty. However, tonight is much different. Inspired by real-life experiences, Beautiful Something explores the deeper meaning of how giving one’s self to love, and its necessary vulnerabilities, helps us turn the corner from seeing the world as a child to seeing the world as an adult.