The Films of Casper Andreas

Selected as one of the 100 most influential and newsworthy LGBTQ+ people by Out Magazine, Casper Andreas is an accomplished actor, writer, film director and producer. In 2020, he was nominated for the John Cassavetes Award at the Independent Spirit Awards for producing Wild Nights with Emily, Madeleine Olnek’s comedic biopic about Emily Dickinson starring Molly Shannon. Also in 2020, Casper premiered his 10th feature film as a producer, the Swedish relationship drama Are We Lost Forever, directed by David Färdmar.

Prior to all this, Casper wrote, produced and directed numerous multi-award winning features through his production and distribution company Embrem Entertainment. Floating effortlessly between comedy, drama, romance and thrillers, he’s an incredibly versatile filmmaker with a bunch of gay cinema crowd-pleasers under his belt. We’re spotlighting six below.

Flatbush Luck and Kiss Me, Kill Me are available currently at TLAgay. His films Between Love and Goodbye, The Big Gay Musical, Going Down in La-La Land and Violet Tendencies are available to pre-order now and will be released on DVD starting February 9th. 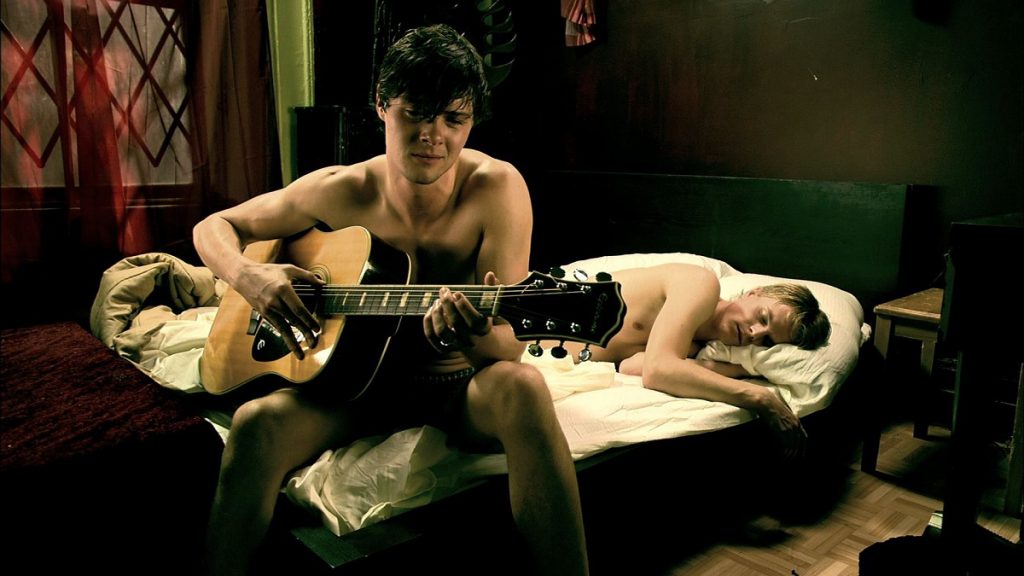 Between Love and Goodbye
Kyle and Marcel (Simon Miller and Justin Tensen) are in love at first sight. Marcel, who is from France, marries his lesbian friend Sarah (Jane Elliott) so that he can stay in the United States with Kyle. Enter Kyle’s sister, April (Rob Harmon), a former prostitute who needs a place to crash. Taking a quick disliking to Marcel, April methodically drips poison into their happiness. The perfect couple falls headlong into possessiveness, jealousy and rage; trapped in the tangled emotions found in that space between love and goodbye. 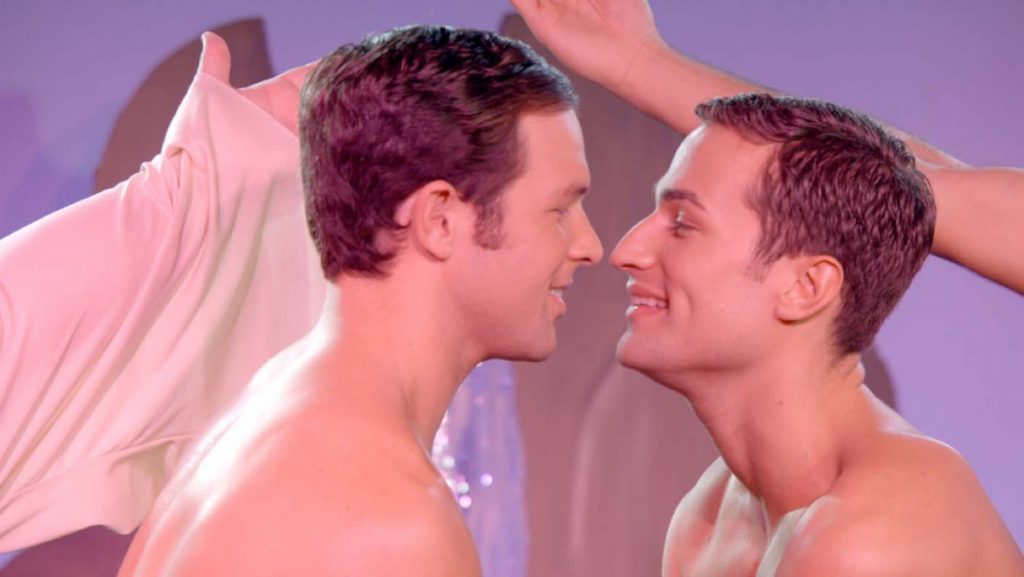 The Big Gay Musical
Starring in the Off-Broadway musical comedy Adam and Steve: Just the Way God Made ‘Em, aspiring actors Paul and Eddie (Daniel Robinson and Joey Dudding) find their complicated lives mirroring their onstage characters. Through rousing musical numbers that feature scantily-clad, tap-dancing angels, a clever retelling of Genesis, creepy televangelists and a camp that attempts to turn gay kids straight, everyone realizes that life gets better once they accept who they really are: just the way God made ’em! 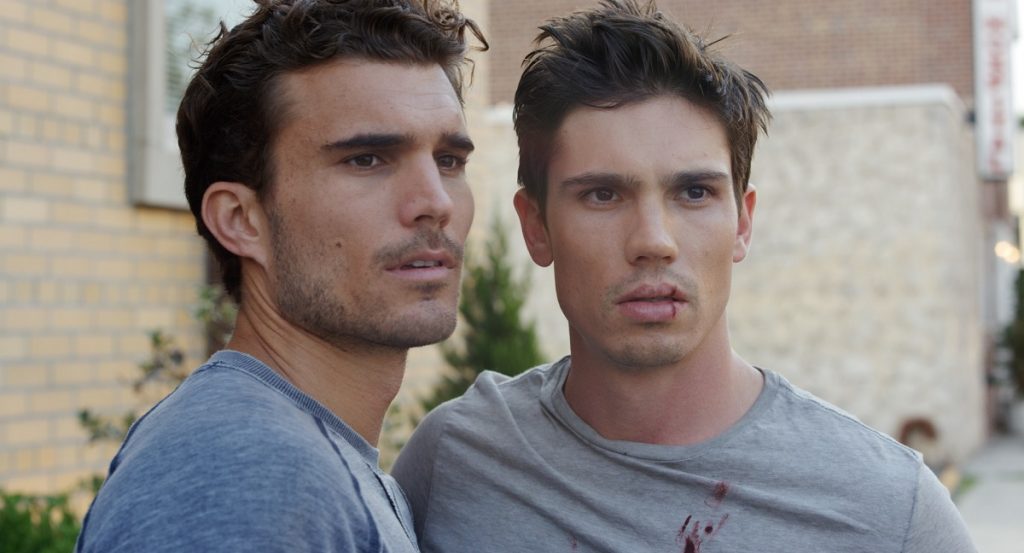 Flatbush Luck
Flatbush Luck tells the story of two hunky cousins from Flatbush, Brooklyn. Former Wall Street hotshot Jimmy (Tanner Novlan) and his buttoned-up cousin Max (Robby Stahl) work as phone repairmen. One day they stumble across insider trading tips and start tapping a phone line to get even more. But when stock tips turn to murder plots, the hapless men are unable to go to the police and soon find themselves in over their heads and flat out of luck. An impending wedding and sexual confusion round out the plot in this romantic comedy crime caper. 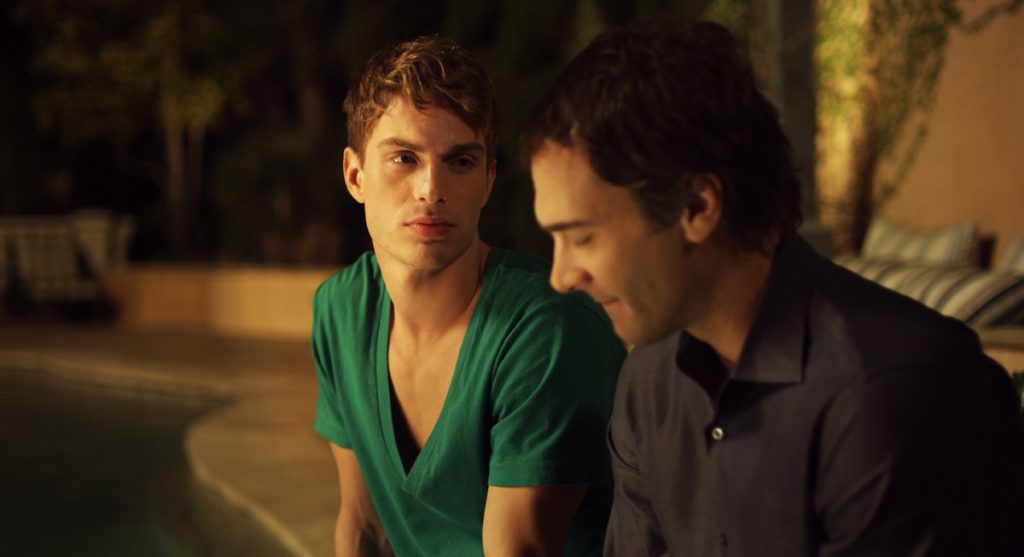 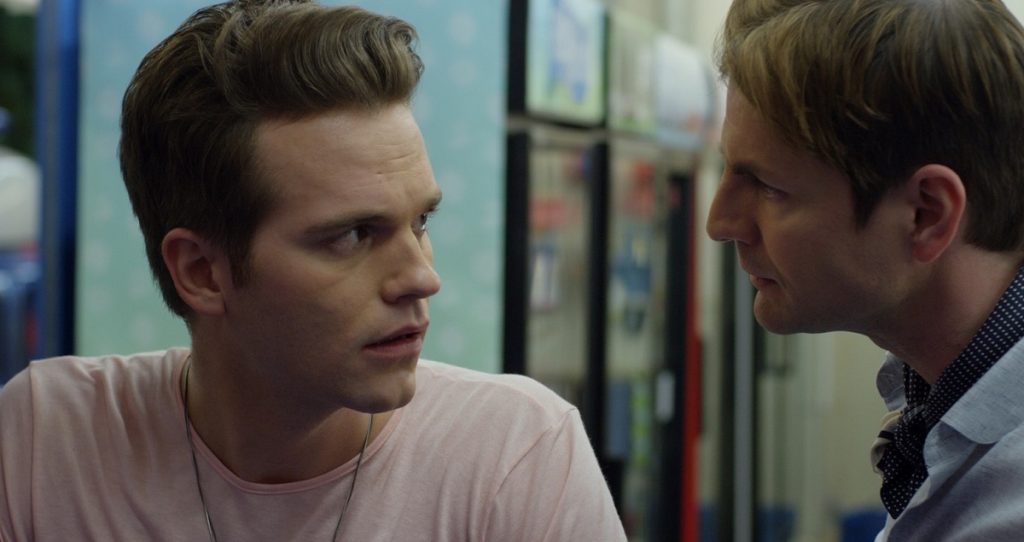 Kiss Me, Kill Me
Dusty (Van Hansis) blacks out while confronting his cheating boyfriend Stephen (Gale Harold). When Dusty comes to, he finds that Stephen has been murdered… and now he’s the prime suspect. But West Hollywood is filled with other possible perpetrators: an unstable lawyer, a couples’ therapist, a jealous ex, a sketchy best friend, a resentful lesbian couple, and a drag queen hypnotist. Now Dusty must put all the pieces together to figure out what really happened – even if it means he’s guilty of murder. 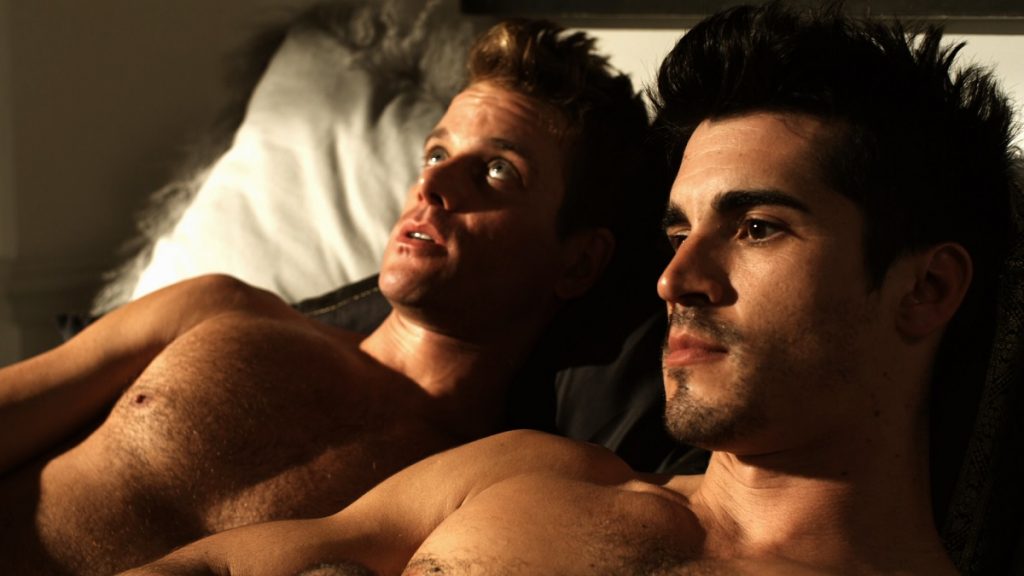 Violet Tendencies
In this charming romantic comedy, Violet (Mindy Cohn), finds that her love life is one big belly flop. Realizing she’s at a certain age and still single, Violet starts to wonder if her close attachments to her gay best friends, and their packed social life, are preventing her from finding a real relationship. Seeking out a straight male version of herself – the mythical “fag stag” – Violet strikes out on a hilarious quest to change the woman she is. Chasing love and lust at all costs, she may find them both in the most unlikely of places.