Soulmates: Season 1 is coming to DVD and Blu-ray in March

In the very near future, a test is developed that incontrovertibly lets a person know who their soulmate is. The new science is clear, and no matter a person’s current relationship status, whether they are single, dating or even married, this test will unmistakably point a person in the direction of their actual, scientifically determined soulmate. People in long-term relationships should not be content in believing they’ve already made the right choice. Even if a person seems to be deep in love with their current partner, this test may just prove that they are mistaken. After all, science knows best.

Originally aired on AMC, the gripping, star-studded new sci-fi series Soulmates explores – through a collection of riveting, self-contained episodes – whether love is a really destiny or just a matter of choice. Created by William Bridges and Brett Goldstein (writers behind shows like Black Mirror, Ted Lasso and Stranger Things), the series features Charlie Heaton, Sarah Snook, Malin Akerman, Laia Costa and many more notable character actors. One of the most acclaimed episodes stars Bill Skarsgård and Nathan Stewart-Jarrett as two men who hook up and end up embarking on a wild night of thievery, gambling and infiltrating a criminal organization during a layover in Mexico.

Watch a trailer for the series below and click here to pre-order your copy. The full first season will be available on DVD and Blu-ray starting on March 23rd. 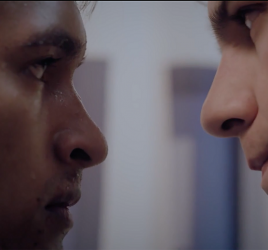 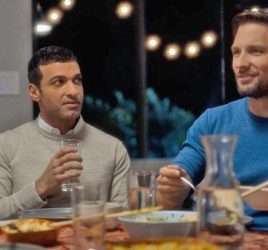 Out This Week: Breaking Fast