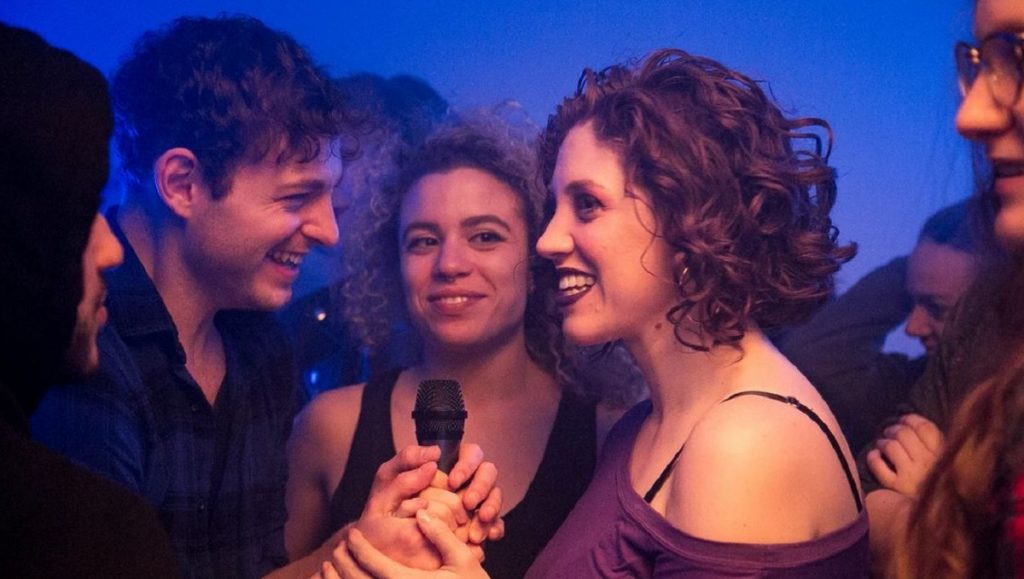 A Single Evening
From the producers of Killer Unicorn and Neon Boys, A Single Evening is a brand-new twelve-minute musical short film that follows Minnie (played by captivating musician Rebecca Hidalgo), an annoyed single woman navigating bisexual angst and the dread of impending loneliness. After online dating seems to fail her on a consistent basis, the apps begin coming to life through music, urging her to keep looking for love in all the wrong places. But sometimes being alone and feeling alone are two completely different things. When her app-obsessed friends prove that they can’t fill the void, Minnie discovers the only thing that can save really her from solitude… is herself. An official selection at countless LGBTQ+ film festivals around the globe, A Single Evening is now available to rent and/or download at TLAgay. 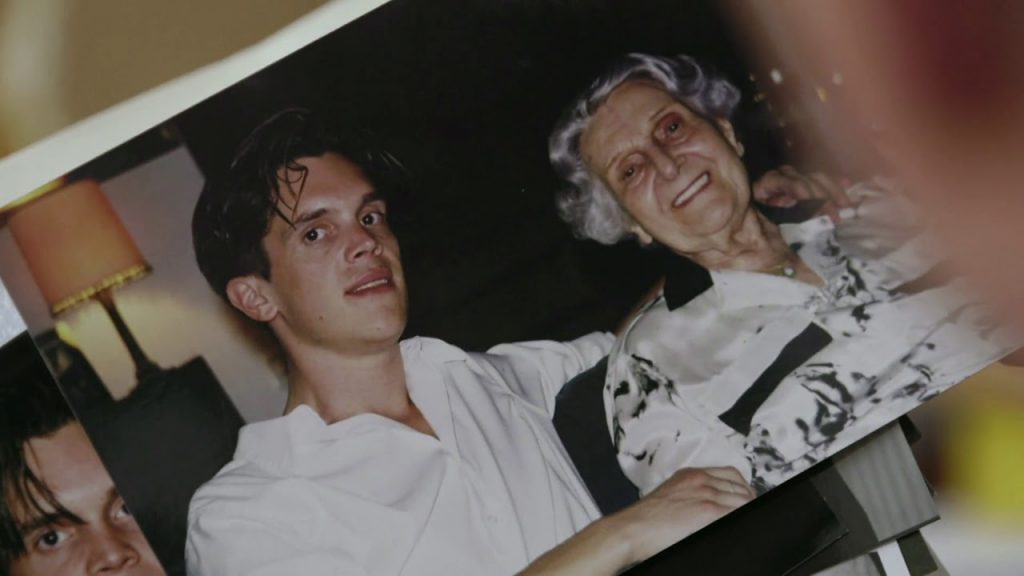 Madame
A double portrait of a young boy slowly coming out of the closet and of the lady that was, even more than his own mother, the woman of his life – his grandmother. Based on private archival footage, Madame takes us onto an intimate journey where Caroline, a flamboyant 90-year-old grandmother, and her filmmaker grandson Stephane explore the development and transmission of gender identity in a patriarchal environment. Promised to domestic life in the 1920s, Caroline manages to free herself from the clutches of imposed marriage and becomes a successful businesswoman, defying the social rules of her time. In parallel, Stephane struggles to play the role everyone expects in his Swiss bourgeois family until the day he comes out of the closet and sets off on a crusade against homophobia and sexism.

Adeline
Adeline (played in the present by Patricia Couvillers and in the past by Eloïse Blomme) is a stubborn elderly woman. She is spending her final days in an end-of-life care home where visitors are few and far between. Before passing, Adeline opens up to her caretaker and shares a story she’s never dared to tell before. She recounts a tale of youth, forbidden love and a lost girl. Moved by Adeline’s story, the caretaker takes matters soon into her own hands. Set in both the 1960’s and present day, Adeline is a deeply moving nine-minute short film about youth, trust and forbidden love. It tells an incredibly ambitious tale that bridges themes of love, freedom, faith and regret. You can rent of download the short now at TLAgay. 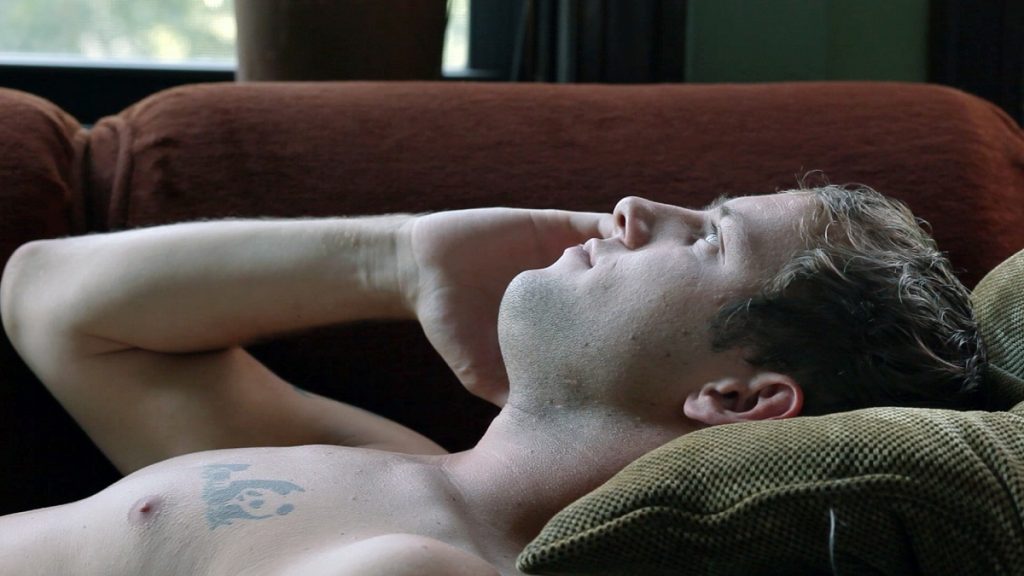 In Bloom
Two young men find their seemingly solid relationship threatened when temptations and unease begin to pull them apart. During one hot summer, blond, pot-smoking and dealing Kurt (Kyle Wigent) and cute, but moody grocery store clerk Paul (Tanner Rittenhouse) begin a committed relationship. Best pals, roommates and lovers, they have an amazing rapport. But when rich-kid Kevin (Adam Fane) enters the picture with romantic designs on Kurt, an unsatisfied longing is exposed – threatening their love in the process. A richly textured examination of gay male relationships, In Bloom is a warm, funny, intelligent, sharply-written, painfully honest, well-acted drama. 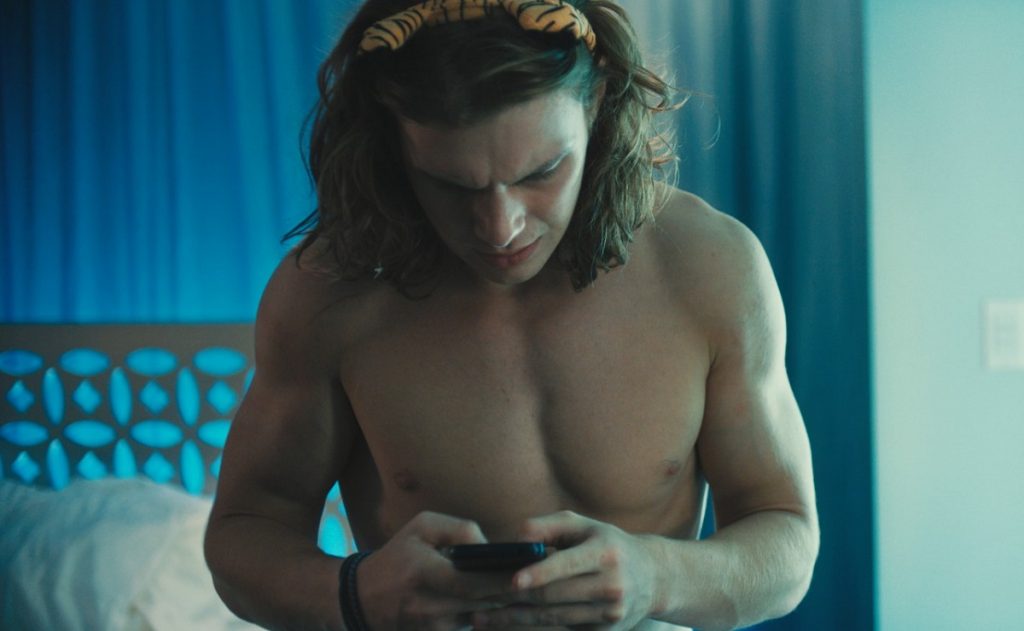 Hooked
We first meet Jack (Conor Donnally), a homeless hustler with a smart mouth and impulsive tendencies, in New York City, turning tricks on the evening before his eighteenth birthday. He spends most of his time in a world of often abusive, but affluent, eccentrics. His only ally is his boyfriend Tom (Sean Ormond). Jack soon sees an opportunity to make a better life for himself by taking a trip to Miami with a client named Ken (Terrance Murphy). At first, Ken appears more honest and caring than the usual john, even winning Jack’s trust… until Jack finds him on a Skype call with his never-mentioned wife. His faith in humanity smashed yet-again, Jack steals Ken’s drugs and handgun. Embarking on a drug- binge, he encounters the slimiest characters Miami has to offer, falling deeper into the hole than he started