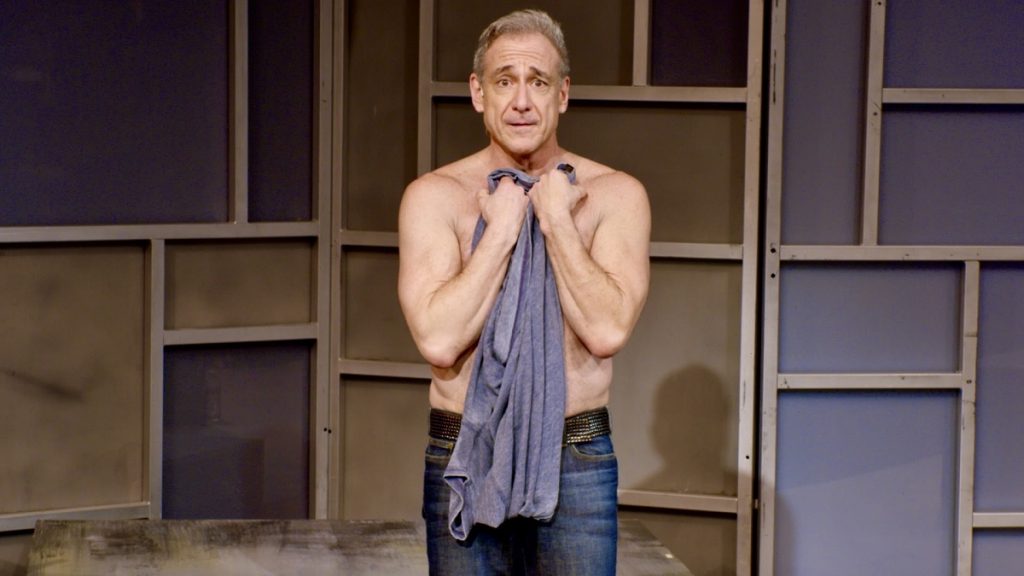 Musical Comedy Whore!
He’s selling it… both onstage and off. In his charming and sexually-frank one-man-show, Musical Comedy Whore!, actor David Pevsner (Old Dogs, New Tricks, Waiting in the Wings, Coffee House Chronicles) opens up about intimate sexual milestones and choices on a difficult, emotional and hilarious road to ultimate acceptance. With great honesty, surprising introspection and a lot of droll and daring ditties, David shares an unforgettable journey based on his true story. It’s David’s story, but in a way it is your story too. Filmed live at the famed Colony Theatre in Burbank, CA before the pandemic, this mix of drama, humor, and musicality is an evening of great theatre. Though it’s a one-man musical stage performance, be warned that this film is still for mature audiences only. 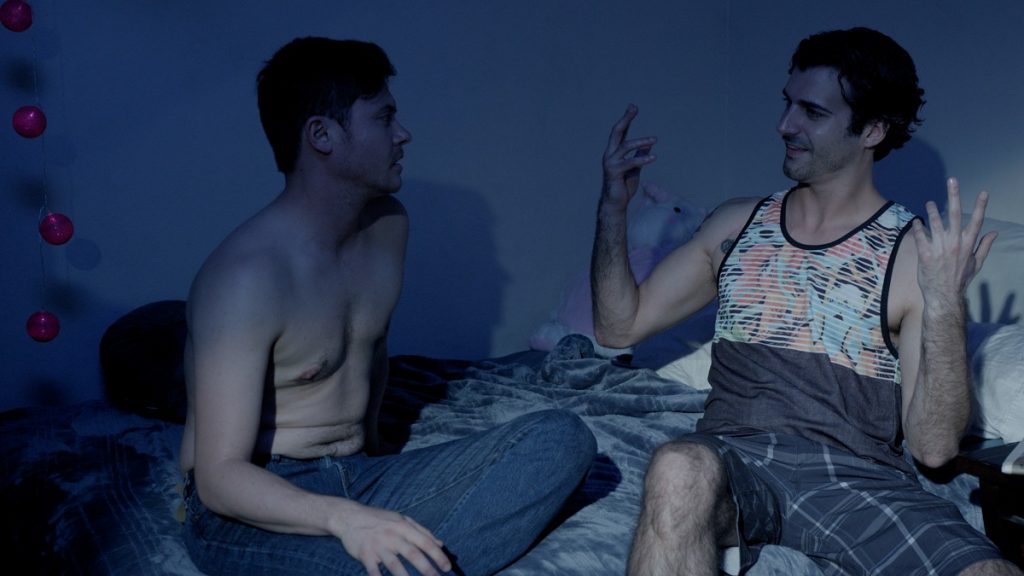 Bombshell
Bombshell is a short web comedy about Jay (Ellis David Perry), a queer transman navigating the shark-infested waters of LA’s gay dating scene. He’s young, he’s single, and he’s really just looking for fun and sex, meeting guys mostly on hookup apps. But, when the bedroom door closes, his private world becomes an arena for cis men and the questions they only feel safe to ask in private. Jay’s chosen family is with him on his journey, starting with his primary relationships with cis women: Selena (Jessica Rosas), his gluten-intolerant Angeleno best friend and Darlene (Cheril Vendetti), the Bostonian hairdresser/problematic fave who practically raised him and Penis Mascot (Charles Johnson), the cartoon caped penis who personifies his id. When he meets Joe (Havon Baraka), a kind genuine guy who’s really into him, he doesn’t exactly know how to act and must learn self respect to save any hope for his new relationship. 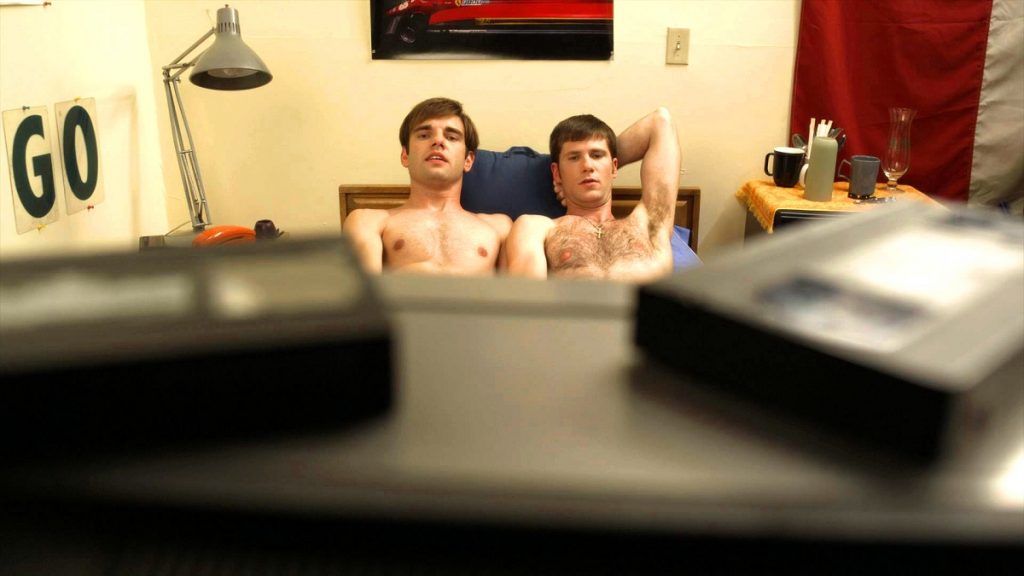 Longhorns
The setting is a Texas college circa 1982. Here, men are men, women are just future wives (or current “sluts”), and there is nothing gay about helping a buddy get off! Good ol’ fratboy Kevin (Jacob Newton) is straight as an arrow (if you don’t count his gay fantasies – or the fact that he loves jerking off his fellow frat brothers) but he begins to see things a little differently when he meets the sexy, openly gay César (Derek Villanueva). Can a straight guy fall for another dude? And can Kevin continue going down on his pals under the belief that it’s just frat boy hijinks? And will kissing César change him forever? Never has a film featured so many straight men doing so many gay things! Beer is guzzled, pants are dropped and playful bed-hopping ensues. Fast, funny and sexy – what more could you want from a film? 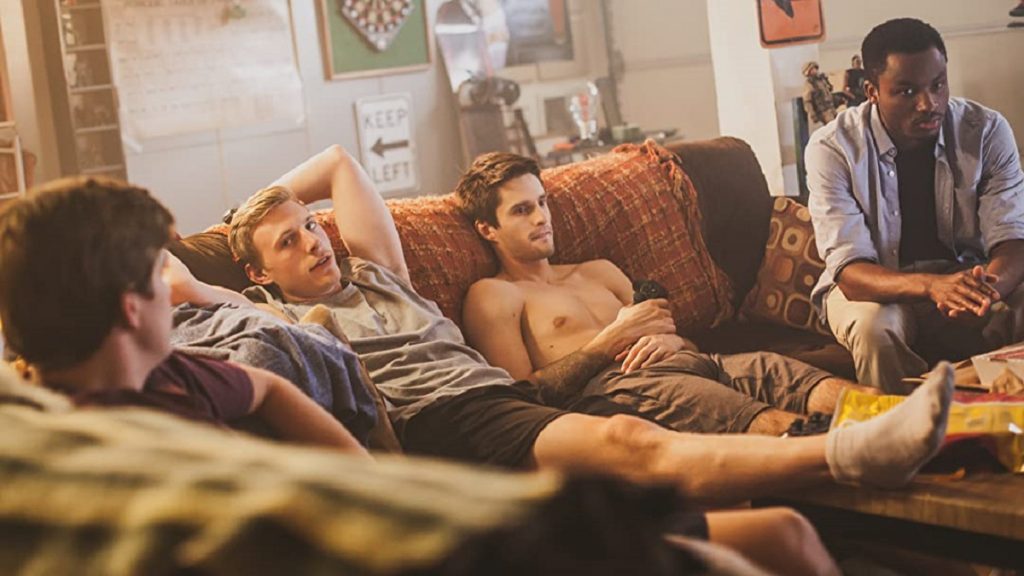 Dudes
Spend some time with a group of raunchy young straight boys (with the exception of one) in the new twelve-minute short film Dudes from writer-director Noan Ribeiro. While a bunch of buddies (Michael Gmur, Jakeem Hawkins, Anthon Meyer and Alexander Volpi) hang out together in the living room playing video games, a homophobic comment is casually uttered. This prompts one brave, young jock to muscle up some courage and finally come out to his (sometimes inconsiderate) frat bro besties. When the news is unleashed, each of the boys has a different reaction. Will friendship win over discrimination? 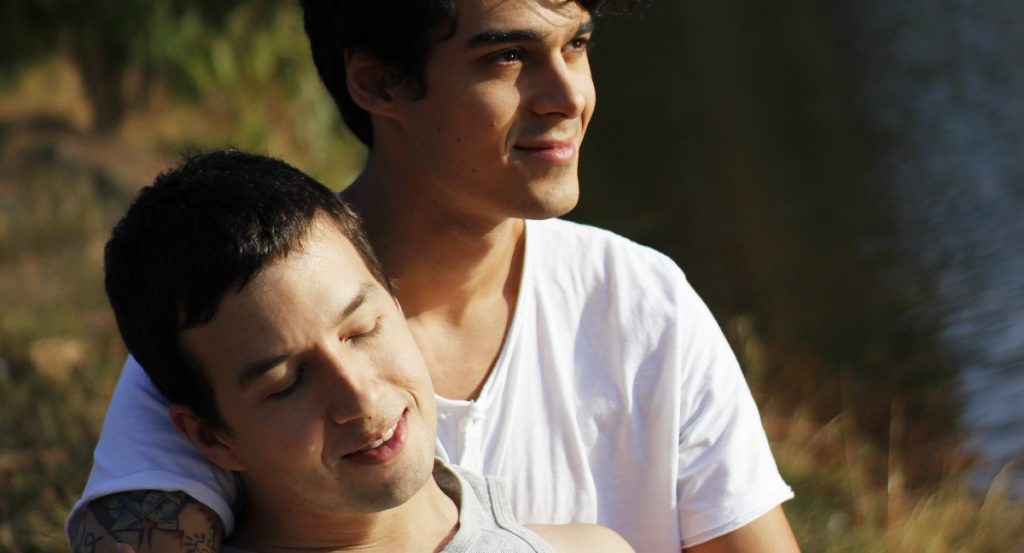 About Us
Diego (co-writer/director Thiago Cazado) is leaving his hometown in Brazil to attend a film school in California for four years. He will have to leave behind everything he has ever loved… including Matheus (Rodrigo Bittes), a handsome young man with whom he fell madly in love and shared a brief passionate affair. Ten years later, back in Brazil, Diego decides to write a novel about their relationship using his camera instead of his pen. This heartfelt biopic shows how passion can increase our motivation in life, but also how making tough choices can affect that passion. Romantic and intimate, filmed with a handheld, fly-on-the-wall intimacy, About Us brings us right into the middle of a tricky relationship – portrayed with aplomb by the two lead actors, both relative unknowns with talent to spare.