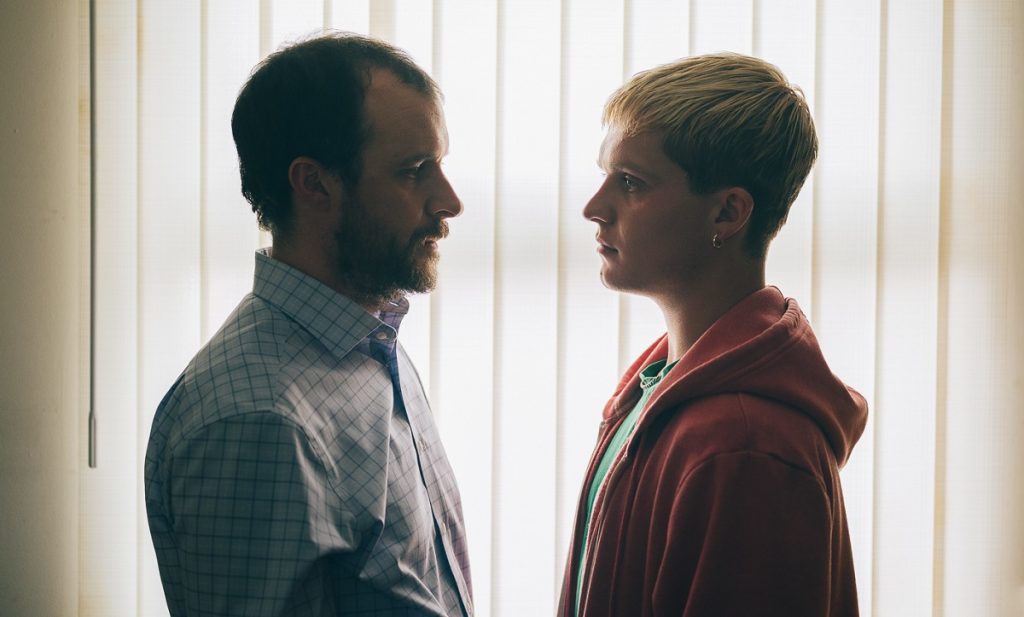 Rialto
Colm (Tom Vaughan-Lawlor) is a married man in his mid-forties with two teenage children. Though he has a seemingly great life, his world is about to crack open. Still grieving the death of his father, a destructive figure in his life, Colm finds himself struggling to connect with his own family. A shake-up at work also starts threatening their financial future. Desperate for comfort, he falls into the arms of a younger hustler named Jay (Dunkirk star Tom Glynn-Carney) and starts down and increasingly self-destructive path. As his sexual encounters with Jay become more frequent and intense, his recklessness starts to put his entire family life at risk. Don’t miss this tense new drama from Irish director Peter Mackie Burns and writer Mark O’Halloran, based on his own play Trade.

Siberia & Him
Reminiscent of Brokeback Mountain and God’s Own Country, the stunning new gay romance Siberia & Him follows two men who begin a clandestine and erotically charged affair. Brothers-in-law Sasha, a meek farmhand, and Dima, a policeman, have always had a fraught relationship. When the two set out on a trip together through the desolate, wide-open country of Siberia in an effort to reach a troubled relative, things begin to change. Along their journey, unspoken truths are uttered and a deep intimacy is built. The pair soon become not only travel companions, but secret lovers – spending their days hiking and hunting for food and their nights in one another’s arms.

The Third
A sexy and provocative new series from creator Matthew Lynn, The Third follows the story of Jason Height (Sean McBride), a young man recently displaced on the West Coast. During his conquests and adventures as a twenty-nine-year-old gay man in Palm Springs, he stumbles into a triad relationship with a slightly older gay couple who are on the outs after thirteen years of marriage. Thinking that a third person might spice up their relationship, they agree to move forward only to learn that relationship issues only become more apparent once someone steps in to fill the gaps. What ensues is a tumultuous experience as everyone tries to figure the true definition of love… and whether or not it can be maintained in a three-person relationship. Don’t miss this totally addictive new series.

People You May Know
A sexy ensemble cast sparks this lively drama that poses some rather provocative questions about the boundaries of friendship and sexuality. Joe, Delia, Rodrigo, and Herbert are very close friends in their mid-30s who are about to see their closeness tested. Delia and Joe used to be a couple until Joe realized he was gay. Then Delia met Rodrigo and true love blossomed with one exception: no kids. When Rodrigo has to return to Madrid to work for six months, Delia and Joe spend a lot of time together and after a night of drinking the two end up in bed together, with Delia winding up pregnant. Having recently discovered Rodrigo is sterile, Delia wants to keep the baby – just as Joe is contemplating a new relationship with his online lover. Then there’s Herbert, the fourth member of this quartet, who is also gay and wrestling with doubts over his affair with a much younger man. When Rodrigo learns the truth, all hell breaks loose. Sean Maher, Mark Cirillo, Lauren Mayhew and Andrea Grano star in this endearing film from director J.C. Falcon. 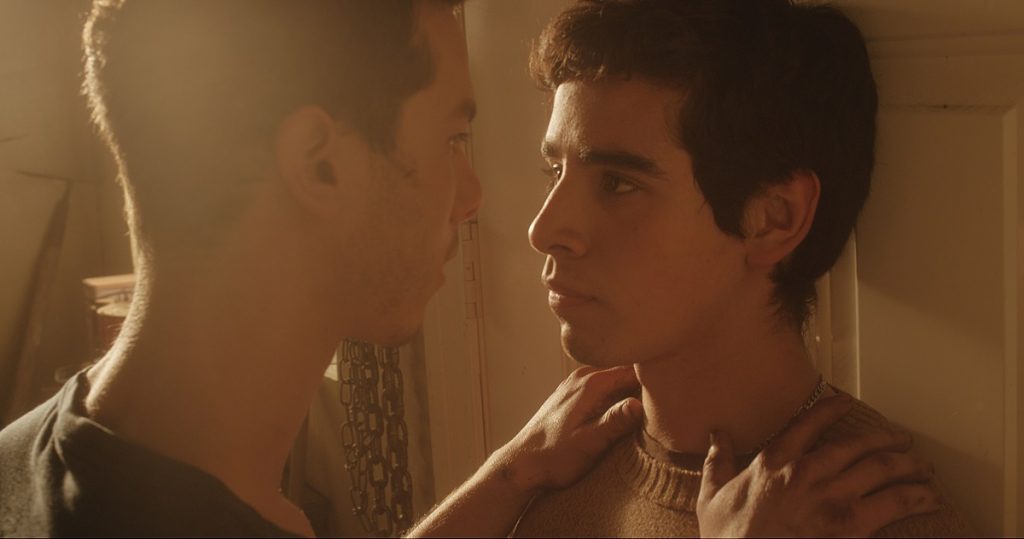 Furious Desires
Desire is mysterious. Desire is overwhelming. Desire is tragic. Desire is FURIOUS. The many permutations of that strange thing called desire are on full display in this stunning collection of short films: Daytime Doorman tracks the burgeoning desire between Marcelo and his sexy doorman Marcio. Xavier charts the beginnings of desire when Nicholas begins to notice his son, Xavier, only pays attention to certain types of boys. The Other Side is about the frustrations of unfulfilled desire when the object of your lust is beyond your reach – literally. The Tiger’s Fight explores what happens when one man, unbound by the ancient traditions, decides to subvert what’s expected of him to declare his desire for his best friend. Finally, in Loris Is Fine, we learn about the lengths two young lovers will go to prove that their love is beyond desire altogether.