The Gay Cinema Video On Demand experience at TLAgay.com has your entertainment needs covered! We’re always working to expand selection of new and old gay-themed movies available for your viewing pleasure. During the month of October, we’re focusing on horror/thriller flicks to get you in the Halloween spirit! Here’s just five of our current favorites that you may have missed – ALL available to watch INSTANTLY! Stay home, stay safe and enjoy a movie!

Rift
Paying homage to classic art-house horror films like Robert Wise’s The Haunting and Nicolas Roeg’s Don’t Look Now, Rift is an enticing, well-acted and expertly-directed mystery-thriller from Iceland that will make the hairs on the back of your neck stand up. Gunnar receives a strange phone call from his ex-boyfriend, Einar, months after they parted ways. Einar sounds distraught, like he’s about to do something terrible to himself, so Gunnar drives to the secluded cabin where Einar is holed up and soon discovers there is more going on than he imagined. As the two come to terms with their broken relationship, some other person seems to be lurking outside the cabin, wanting to get inside. Eerie and stylishly crafted, Rift was a big hit at film fests – not just LGBT festivals, but general horror film festivals as well, where it has earned rave reviews. 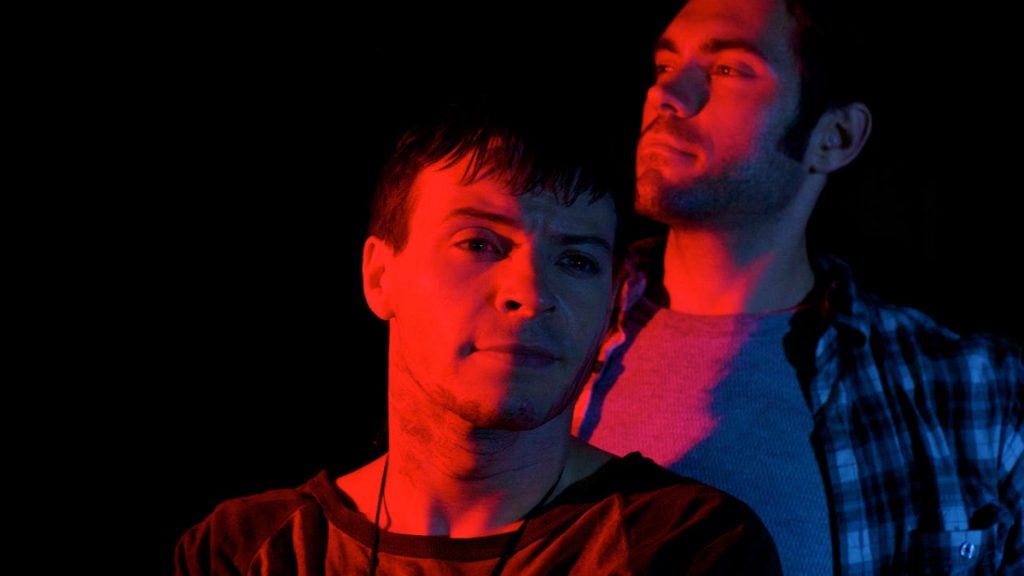 Bite Marks
Hunky truck driver Brewster (Benjamin Lutz) takes over his missing brother’s delivery of coffins. On the way to his funeral home destination, he picks up some hitchhikers: the cute and wise-cracking Cary (Windham Beacham) and his smitten but tense boyfriend Vogel (David Alanson). The couple’s relationship is on the rocks (though that doesn’t stop them from some hot-and-noisy gas station toilet sex, which ignites the repressed homo in the voyeuristic Brewster). With dicks firmly back in pants, trouble descends on the threesome when a faulty GPS leads them into a deserted junkyard – where the truck promptly breaks down. Normally, this would not be a terrible situation. But this night is far from normal – as an assortment of blood-thirty zombies begin to attack! Now, the mismatched trio must fend off the marauding monsters and try to survive until dawn. With plenty of witty asides, sexy encounters and flesh-tearing scenes, this low budget gem delivers the gory goods!

Devil’s Path
In the early 1990s, two strangers (Stephen Twardokus and JD Scalzo) meet in a wilderness park where gay men cruise for sex. What seems like an innocent and random meeting quickly descends into a horrific nightmare. With recent disappearances and attacks, the two men soon find themselves in the terrifying position of being the next victims in a deadly game of cat and mouse. As they flee further into the woods to escape the danger, they begin to understand that the greatest danger of all may be closer than either of them realize. Will these two strangers be able to work together to defeat the darkness that has settled in on Devil’s Path? Or will their own secrets and lies lead them to be the next two missing persons in this perilous park? This riveting new gay thriller will keep you on the edge of your seat. 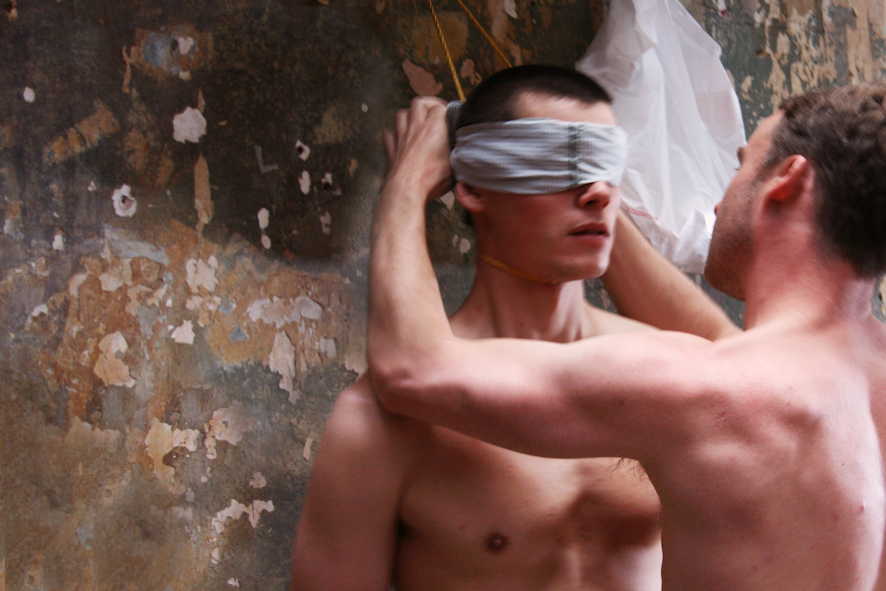 Black Briefs
Curated by prolific writer/director Rob Williams (Make the Yuletide Gay, Shared Rooms) for his distribution label Guest House Films, Black Briefs features six award-winning short films with pretty dark, horror or horror-adjacent stories and themes. When it comes to short film compilations, there is always something to recommend. If you don’t like the first one, chances are good there is a short just around the corner that you’re going to appreciate more. In Black Briefs, we really like Hong Khaou‘s steamy Spring, about a young man who meets up with a stranger for a little exploratory sadomasochistic sex; and Jack Plotnick‘s Video Night, in which a group of filmmaker buddies discover something unexpected in their raw footage. Our favorite, though, is Greg Ivan Smith‘s Remission – soon to be a feature film. A man, all alone in a secluded cabin, awaiting the results of a serious medical test, is haunted by a terrifying presence. It’s genuinely chilling and it’s one of those rare movies that can create dread and unease even in its scenes set during the daytime.