The Gay Cinema Video On Demand experience at TLAgay.com has your entertainment needs covered! We’re always working to expand selection of new and old gay-themed movies available for your viewing pleasure. During the month of October, we’re focusing on horror/thriller flicks to get you in the Halloween spirit! Here’s just five of our current favorites that you may have missed – ALL available to watch INSTANTLY! Stay home, stay safe and enjoy a movie!

Innocent Boy
Off a lonely Texas highway, a group of hustlers prey on the desperados who come for sex and drugs. When a murderous cowboy (Kamy D. Bruder) rolls into town, Penny (Unique Jenkins), a young trans boy sees an opportunity to feed the emotional hunger that has long been ignored by his neglectful Momma (Michael Vincent Berry). As the boys fall one-by-one, Penny is caught between the Cowboy’s lustful rage, and the greed and corruption that Momma represents. An expertly-crafted short film debut from writer-director Brock Cravy, Innocent Boy is a wild, colorful, shocking and original vision of queer horror. Watch the trailer below and click here to rent or download the film now at TLAgay. 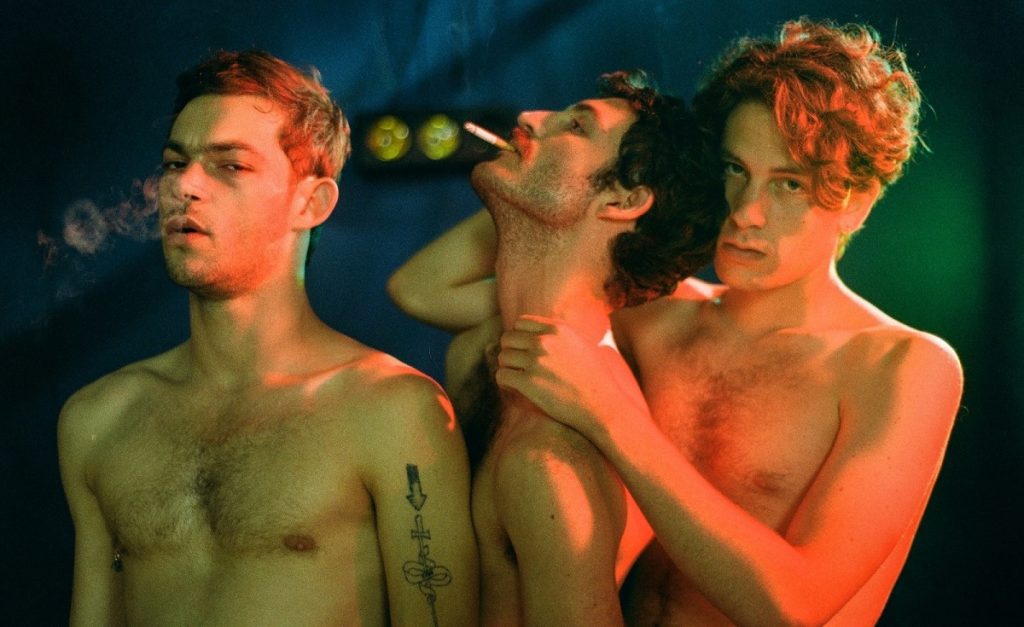 Knife+Heart
Easily one of the most acclaimed gay films of the past few years, this sexually explicit throwback thriller from visionary writer-director Yann Gonzalez is an absolute must-see! Vanessa Paradis is incredible as Anne, a savvy French woman who produces third-rate gay porn. After her editor and lover Lois (Kate Moran) leaves her, she tries to win her back by shooting her most ambitious film yet – with the help of her trusted, flaming sidekick Archibald (Nicolas Maury). But when one of her actors is brutally murdered, Anne gets caught up in a strange investigation that turns her life upside-down. Shot on 35mm and featuring a killer retro score from the band M83, Knife+Heart is an ultra-stylish and blood-soaked ode to 1970s-era Brian De Palma, Dario Argento and William Friedkin. 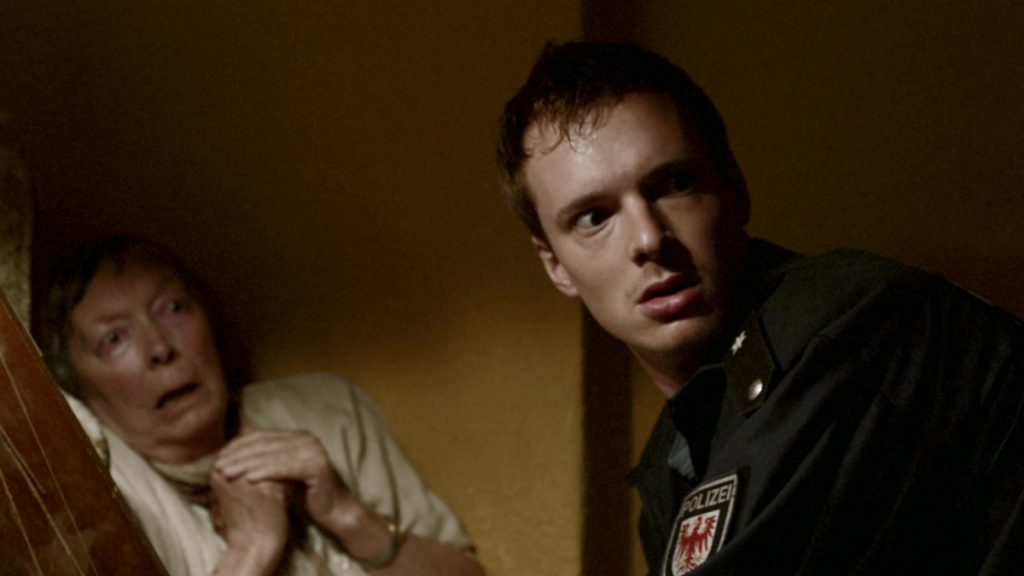 Der Samurai
Jakob (Michel Diercks) is a policeman in a village deep in the woods, where little happens… until the arrival of a mysterious wolf starts causing havoc. Working the night shift, Jakob is tracking the wolf, only to discover that the lupine lurker is actually a man clad only in lipstick and a ladies’ slip – and toting a samurai sword that he uses to lop off the heads of the townspeople, including Jakob’s tormentors. Jakob and the samurai seem to share a bond, and as the night gets darker, events get even weirder. Unlike any other horror film you’re likely to see, Der Samurai is a German mind-bender about shape-shifting cross-dressers, bloody decapitations, repressed sexual desires and small town life. It’s a surreal mix of dark comedy and eerie creep-out fun that recalls David Lynch and pays homage to, while often improving upon, the synth-soundtrack-packed horror classics of the ’80s. 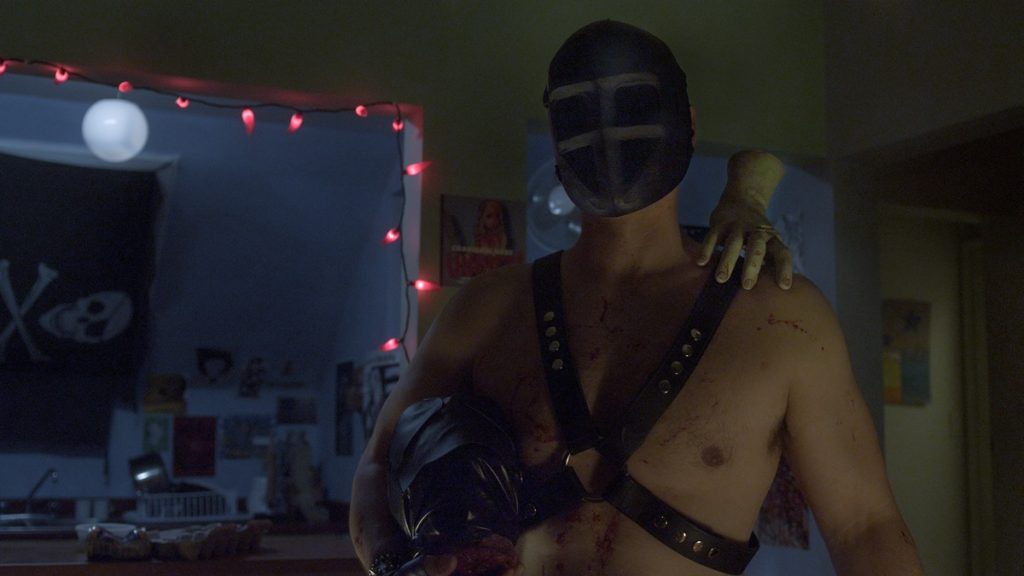 Bloody Knuckles
Canada, our well-heeled neighbor to the north, is not known for cinematic carnage or gore comedies, but first time director Matt O. shakes things up with Bloody Knuckles, a deliriously offensive, gory and happily un-PC horror-comedy. Travis (Adam Boys), an underground comic book artist with a penchant for obscene caricatures, upsets a thin-skinned crime lord, who responds by cutting off the young man’s hand. A despondent and now alcoholic Travis wallows in post-severed hand depression. Will criminality reign supreme? Will Travis give up his acerbic pen and live alone as a bitter one-handed man? Not if the slightly rotted hand, now alive and determined to exact revenge, teems up with his former body – and a masked, S&M-loving gay superhero – to rid the city of evil! 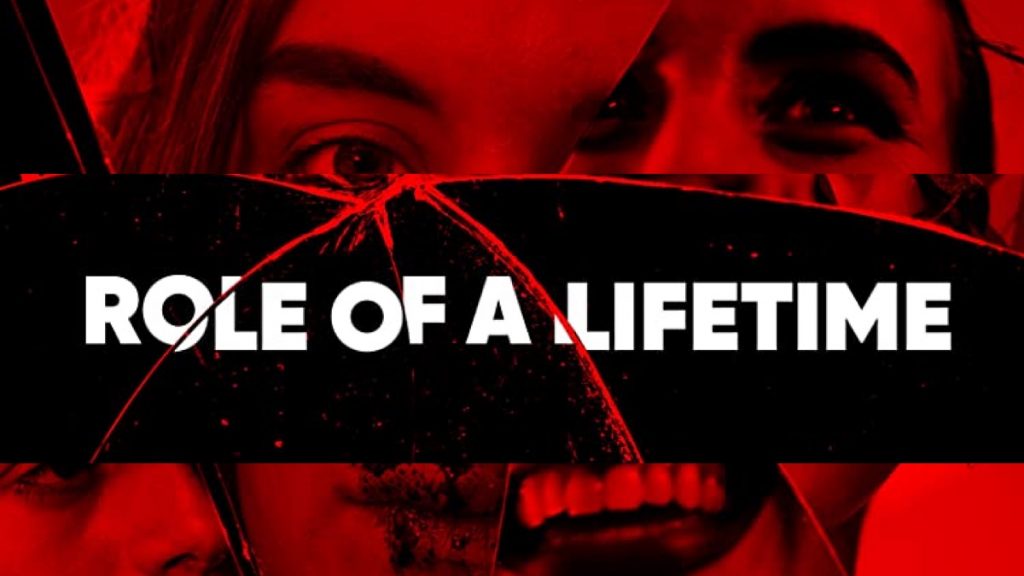 Role of a Lifetime
Amber (Elysse Winn) and her lover Liz (Rain Dove Dubilewski) are moving slow after a romantic evening celebrating their anniversary – along with Amber’s recent Oscar Nomination. Liz wakes up to receive a package from a strange and invasive postal worker, Jade (Larena Danielle), who secretly enters the apartment. Desperate to save their brunch plans, Liz leaves for groceries and Amber is relieved to see the unopened package with an engagement ring. Unnoticed, Jade makes herself at home and soon confronts Amber, trapping her in a series of lethal accusations and riddles before being interrupted by Amber’s persistent manager, Richard (Steve Wolf). Eventually, Amber realizes that while she may not be able to save herself, she may be able to do something to keep Liz alive. Role of a Lifetime is a stylish twelve-minute thriller from writer Kelly Feustel, director Ashlei Hardenburg and the gang at Mattioli Productions.