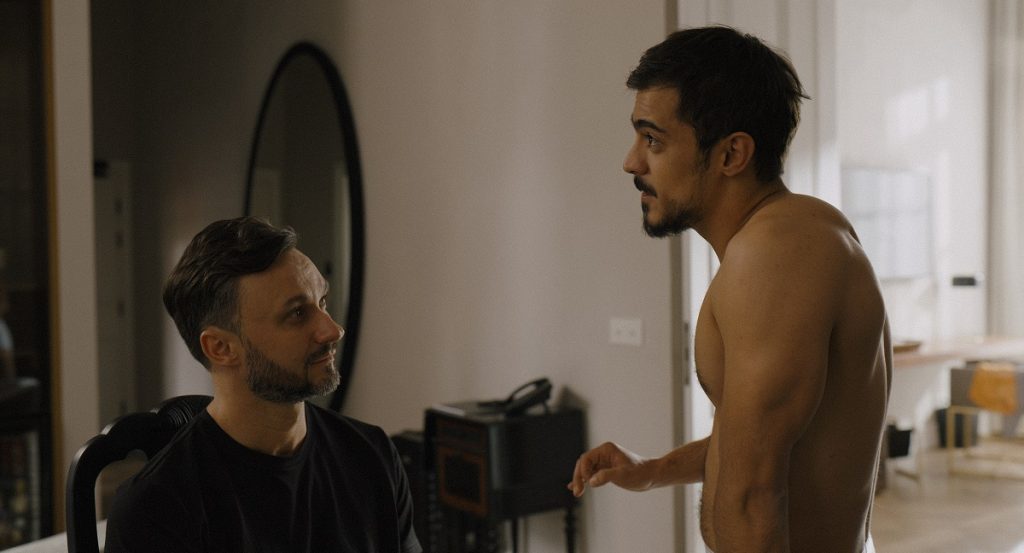 The Lawyer
Life just seems to drift on by for corporate lawyer Marius (Eimutis Kvosciauskas)… until he finds an unexpected connection with the dark and handsome Ali (Dogac Yildiz), an incredibly attractive young Syrian refugee who makes his living as a sex-cam worker. After Marius’s estranged father passes away, his infatuation intensifies. It isn’t long before he’s completely obsessed. He inevitably flies to Belgrade to meet Ali with in person, in hopes of a romantic week with his sexy object of infatuation. Although, off-camera, things might not be exactly as they seemed. An intense romantic drama, The Lawyer is the newest film from prolific Lithuanian writer-director Romas Zabarauskas, the same creator behind the LGBTQ films Porno Melodrama, We Will Riot and You Can’t Escape Lithuania. 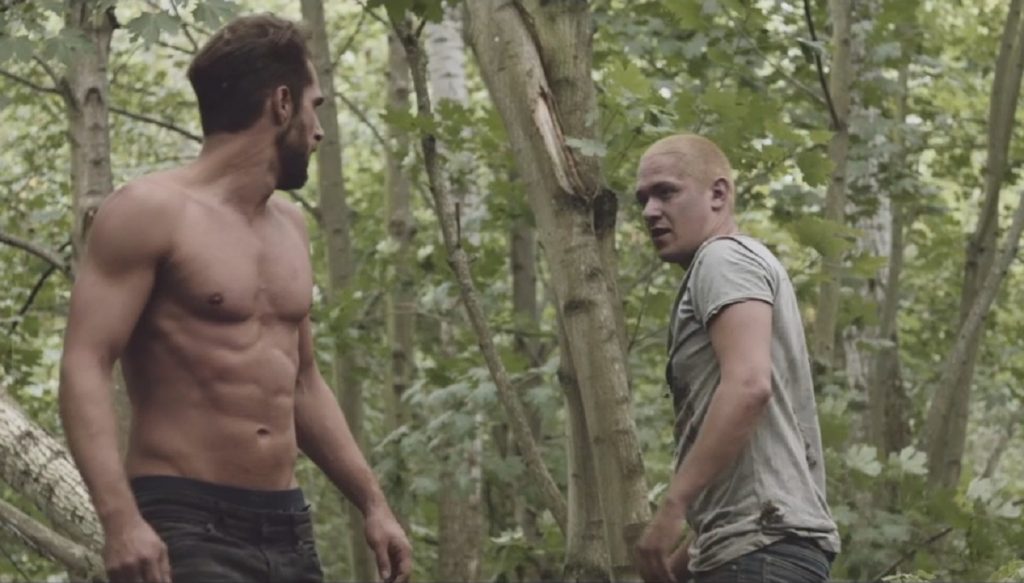 The Year I Lost My Mind
From German director Tor Iben (Orpheus Song, Love Kills, The Passenger, The Visitor) comes a new thriller about a lonely young man who becomes dangerously obsessed with a perfect stranger. After encountering him during a burglary, Tom (Alexander Tsypilev), a disturbed young man prone to wearing creepy masks that obscure his quite handsome features, begins stalking and antagonizing the attractive young Lars (Julien Lickert). When Lars finally discovers that Tom is on his tail, and that his intentions may be somewhat sinister, he manages to turn the tables on him, leading to a unexpected game of cat-and-mouse and a shocking confrontation. Sexy and unsettling in equal measure, the tension is palpable in this stylish drama with shades of Alfred Hitchcock. 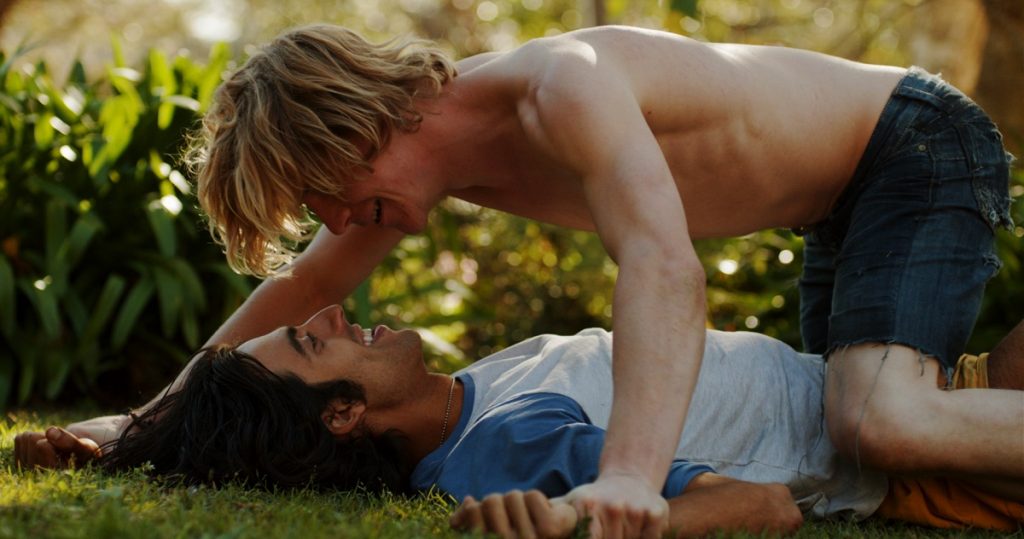 Teenage Kicks
The scars of our youth shape the adults we become. In this riveting Australian drama, angst-ridden seventeen-year-old Miklos (Miles Szanto) makes plans to escape his migrant family and run away with his best friend and secret crush Dan (cutie-pie Daniel Webber of The Punisher, The Dirt and 11.22.63). Miklos’s dreams are dashed after the accidental death of his older brother Tomi (Nadim Kobeissi). Only he knows the events that led to this tragedy. Suddenly, he is forced to navigate his guilt, as well as his explosive sexuality, in order to find the man he will become. Written and directed by Craig Boreham, who made MTV’s list of “hot filmmakers to watch” as a result of his work here, Teenage Kicks is a smart and sexy drama that has earned rave reviews around the globe. Empire magazine labeled it “a debut not to be missed.” 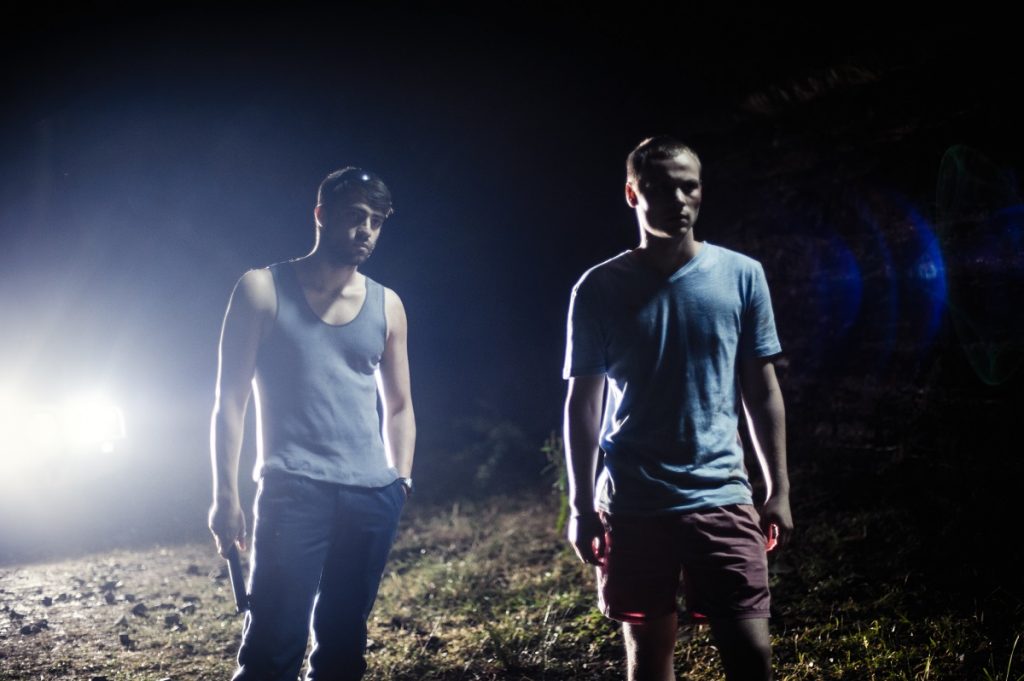 Downriver
Sometimes the path to redemption is paved in sin. Eighteen-year-old James (Reef Ireland) has just been released from juvenile detention after serving time for his involvement in the suspected drowning of a young boy in a river years earlier. Ravaged with uncertainty, dealing with an estranged family and expecting to face the dead boy’s mother, James is set upon a journey of self discovery, shocking revelations and danger as questions surrounding the boy’s death brim to the surface. Old friendships are questioned, family ties are tested and lives are put on the line as James must find his path to the truth. Its a path that will lead him downriver… or toward the truth. 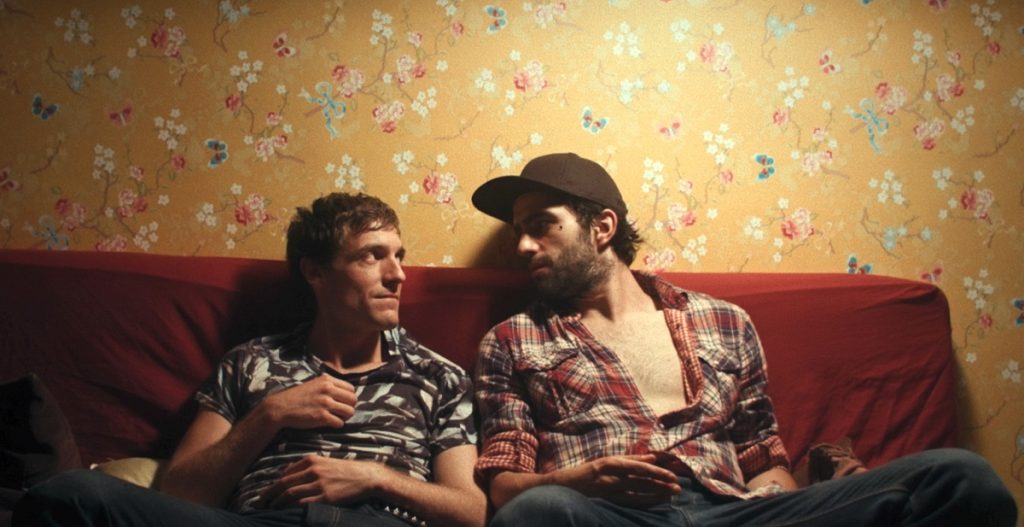 Even Lovers Get the Blues
A contemporary pansexual drama that can best be described as the darker, equally sexy Belgian version of John Cameron Mitchell’s Shortbus, Even Lovers Get the Blues follows a group of close, sexually-liberated friends who are coming to grips with a tragedy. Ana is sleeping with Hugo, Dalhia with Graciano, Leo with Louis, and Arthur with just about anyone who will have him. All of the wild parties and one-night-stands satisfy their individual desire to live life to the fullest… until one of them passes away quite unexpectedly. In the cold light of day, each member of this tight-knit group begins questioning the path they find themselves on. Featuring a ton of nudity and some truly explicit sex scenes, Even Lovers Get the Blues is an adults-only exploration of the love and sexual lives of a group of fascinating young lovers. Viewer discretion is advised.