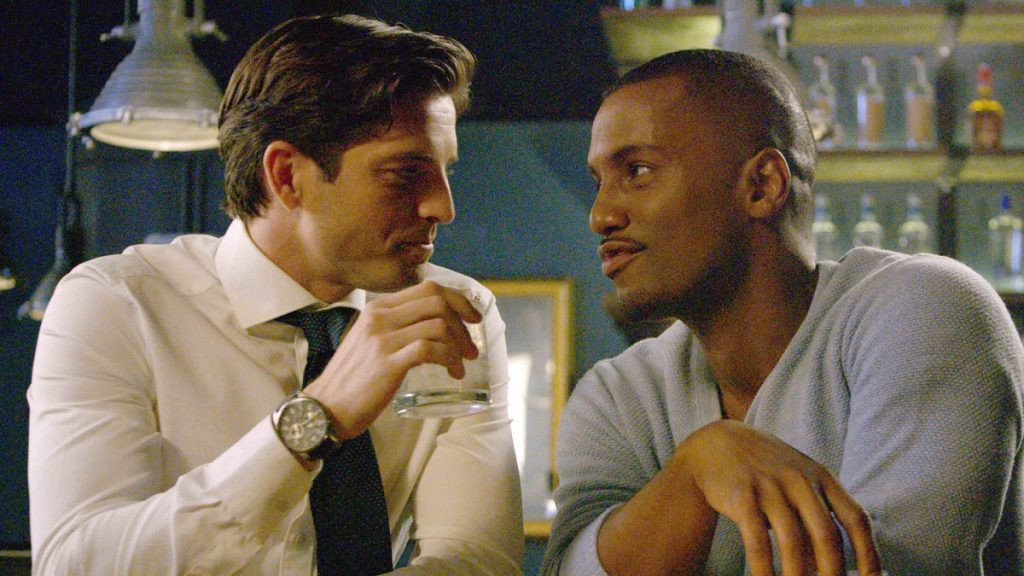 From Zero to I Love You
Jack (Scott Bailey) has what every man would want; a beautiful and successful wife, two smart and pretty daughters, a big house and a great job in a publishing house. He also has a secret that has been eating him alive for most of his life. Like many men and women, Jack choose the path of “normalcy” to the American Dream rather than face the fact that he’s attracted to men. He tries as hard as he can to be the faithful husband and good father until one night, he can’t do it anymore. Pete (Darryl Stephens) is just a guy in Philadelphia who happens to have a history of getting involved with married men. His father (Richard Lawson) and his soon-to-be stepmom (Leslie Zemeckis) are on him to find someone who’s actually available and to settle down. A chance encounter at a party leads Jack straight to Peter who will change his life forever and upend everything Jack has built. What was supposed to be a one-night stand turns into a once-in-a-lifetime love for both of them. 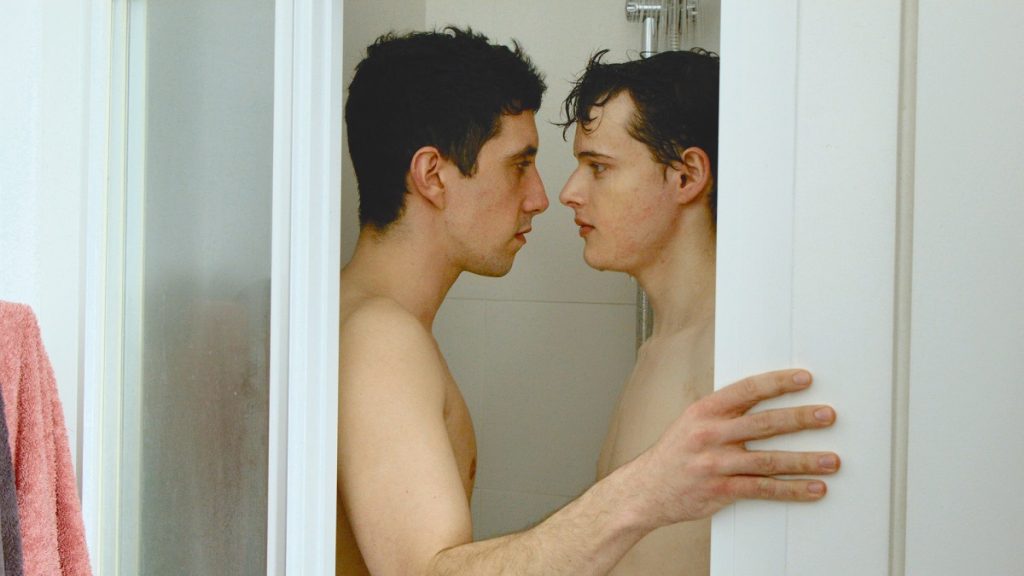 Love Blooms
Martin (Paul Delbreil), an aspiring young filmmaker, arrives in Paris in a desperate attempt to reunite with his first love, Lea (Adele Csech). Though lively, cultured and curious, Lea is not very happy. Although she doesn’t quite know what her future is going to look like, she’s pretty sure that it won’t include Martin as a romantic partner. Reluctantly, Martin begins to accept the fact that their relationship is truly over. Now he must find a way to rebuild his life from scratch. He’s just starting to do that when, much to his surprise, he ends up falling head-over-heels in love… with another man. Sexy, romantic, funny and poignant, Love Blooms takes a sensitive look at sexual discovery, young love and trying to find yourself, while struggling to become a mature adult. 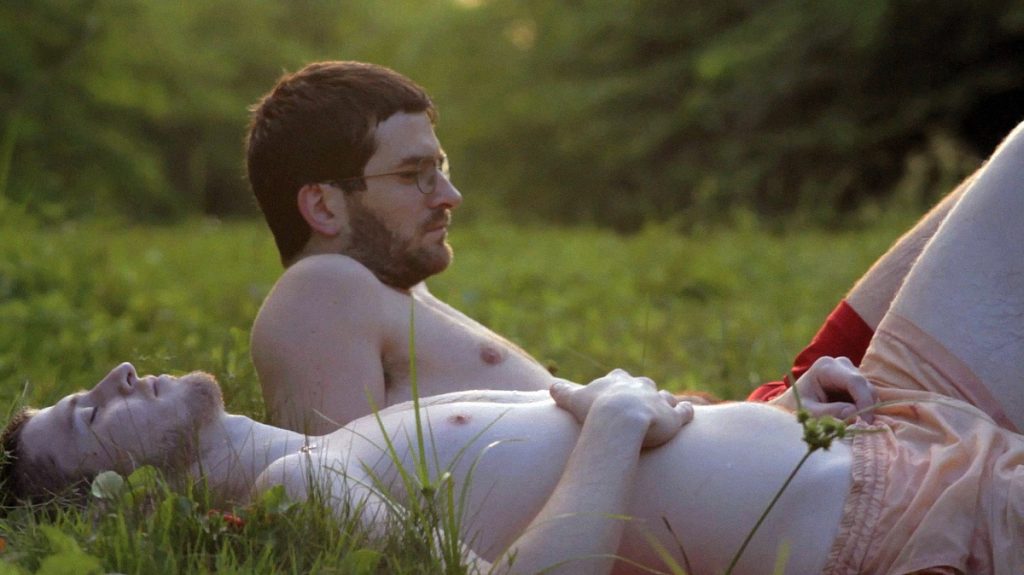 Hawaii
The sexual tension practically spills off the screen in this sweaty, titillating romance from award-winning director Marco Berger (the same guy behind Absent, Plan B, Sexual Tension: Volatile and Testosterone). Hawaii follows Martin and Eugenio (Manuel Vignau and Mateo Chiarino), two former childhood friends who reunite during a hot summer in the Argentinean countryside. As they work together to restore Eugenio’s summer home, a game of power and desire ensues the two buddies to grapple with their sexual attraction and reconsider their relationship. With gorgeous cinematography, a lush setting and compelling lead performances, Hawaii is an intimate character study that percolates with lustful longing. Have a towel ready before you watch it. You are bound to break a sweat! 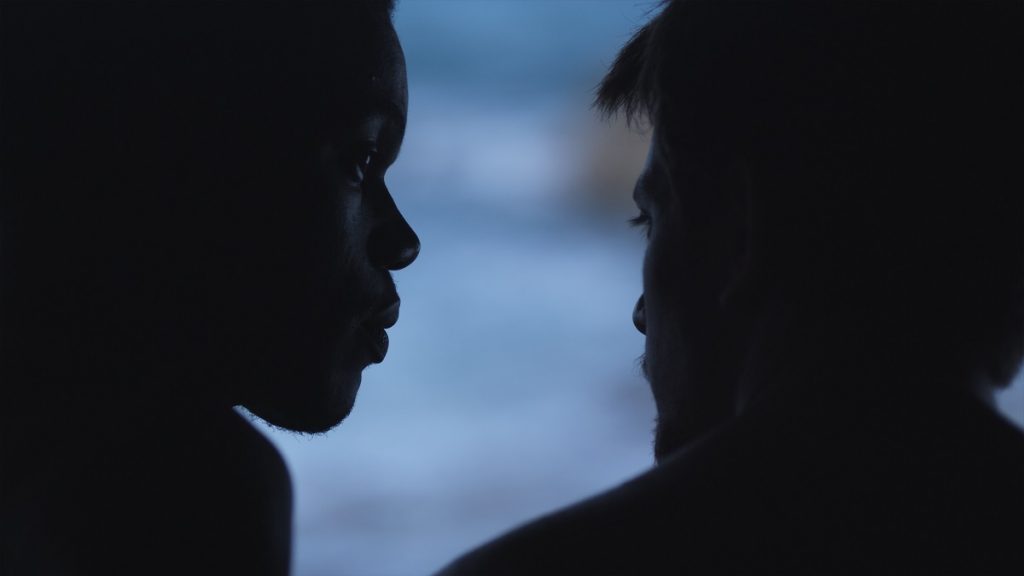 Children of God
Blond haired, blue-eyed Johnny (Johnny Ferro) travels to the island of Eleuthera intent on finding some artistic inspiration. After arriving, he meets the confident, attractive black musician Romeo (Stephen Tyrone Williams) and it is instantly clear that there is a spark between them. Although Romeo has a fiance, he has secretly played with boys on the side before – but Johnny is not just any boy, and soon their relationship becomes far more complex than a simple fling. Struggling to overcome rampant homophobia, and an anti-gay crusade erupting around them, it is going to take more than wishful thinking for their love to last. A beautifully shot, captivating romance, Children of God paints a universally relevant portrait of desire, sexual conflict, tolerance and self-acceptance. 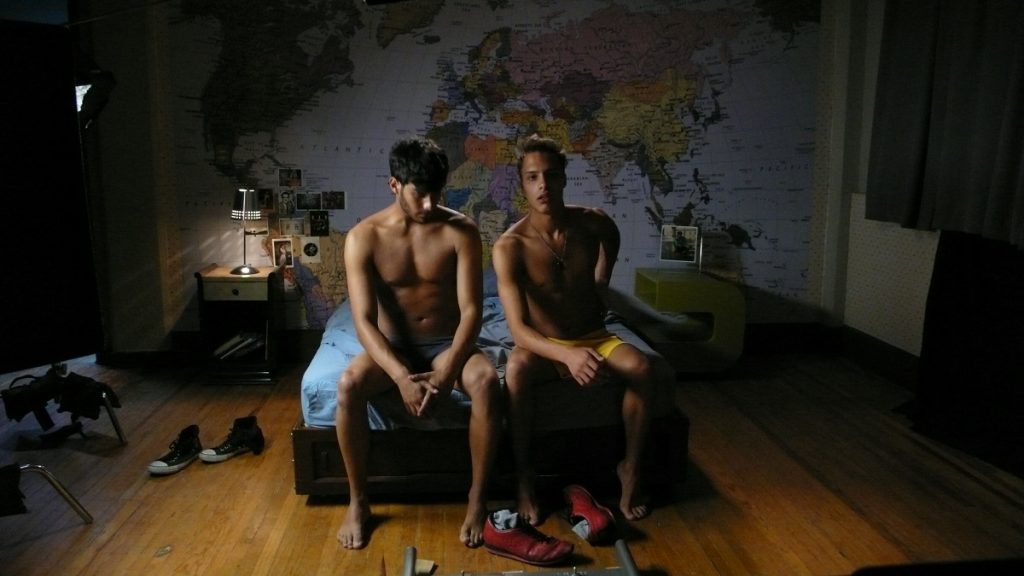 I Am Happiness on Earth
Julián Hernández, one of Mexico’s premier queer filmmakers (Raging Sun, Raging Sky), returns with this tale of a film director struggling with the line between his sexually charged reality and equally arousing cinematic creations. Will Emiliano (Hugo Catalan) be able to sustain his relationship, or will his lust for beauty and meaning lead him elsewhere? Furious couplings between gorgeous men include an exhilaratingly explicit play-within-a-play. Hernández’s boldly poetic romance compares with such films as Fellini’s 8½, Godard’s Contempt and others exploring the connections between love, sex, creativity, and filmmaking.