Screwed
A gorgeous feature-length debut from talented writer-director Nils-Erik Ekblom, Screwed takes us to the Finnish countryside for an unforgettably romantic summer. Seventeen-year-old Miku (Mikko Kauppila) is trying to come to terms with his sexuality and find his place in the world. After his parents find out that he threw a wild party while they were away, he is ordered to spend the summer with them at their cottage. A flirtation soon develops between he and Elias (Valtteri Lehtinen), the irresistible boy next door. As they spend the summer together, escaping the turmoil offered up by their uniquely dysfunctional families, a passionate relationship quickly blossoms. But the boys soon realize that love is not as easy as it seems… especially when it comes to first love.

Cherry Grove Stories
In an era when it was illegal for two men to hold hands in public, the pristine beachfront hamlet of Cherry Grove on Fire Island, N.Y. was a safe haven for gays who were often targeted for arrest and prosecution. Through interviews with residents and new and archival footage, Michael Fisher‘s oral history of the enclave uncovers long-hidden secrets and exposes little-known stories that are more relevant than ever today. Fisher, who has been going to Cherry Grove for 32 years, was inspired to make the film by long-time resident Michael Delisio. “Michael was one of the first men to go to Cherry Grove in the 1950s,” Fisher says. “He is a great storyteller, and his tales of the early gays of Cherry Grove inspired me to capture the many anecdotes about the community before all the old-timers are gone.” In Cherry Grove Stories, residents recount the history of the hamlet, starting in the 1940s when gay men first began congregating in a place that offered a rare refuge from the pervasive homophobia of the time.

Seeds
Young Andy (Emilio Puente) is having a hard time at school, taunted for being different than the other boys. When his mother unexpectedly dies, Andy moves to a small Mexican suburb to live with his strict, no-nonsense grandmother (played by frequent Pedro Almodovar collaborator Carmen Maura), Soon, Andy finds comfort and refuge in Charly (Diego Alvarez Garcia), the estates’ sexy young gardener, who introduces him to an exciting world of danger, risk, and temptation. In this epic coming-of-age story, Andy will navigate the pain and joy that comes with grief, growing up, and finding your identity.

Happiness Adjacent
Happiness Adjacent explores the romance between Hank (Adam Fried), a nice gay Jewish boy traveling alone on a tropical cruise, and Kurt (Ian Dick), a bisexual man vacationing with his wife, Kate (Rachel Alig). While Hank isn’t looking for a relationship, he can’t deny his immediate attraction to Kurt and their intense connection. As Hank struggles to get past his own issues and his past failed relationships, he can’t help but wonder if Kurt is secretly looking for a way to break up the monotony of his seemingly stale marriage. Is this just a vacation fling, or is it a chance for both men to find true happiness? Shot entirely on location on an iPhone, Happiness Adjacent is the ninth feature film from writer/director Rob Williams and Guest House Films (Shared Rooms, The Men Next Door, Out to Kill, 3-Day Weekend).

Take advantage of this limited-time promo code and get an extra 20% OFF your order! 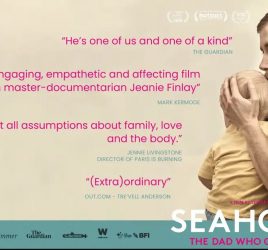 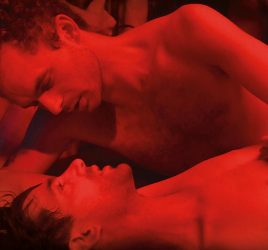