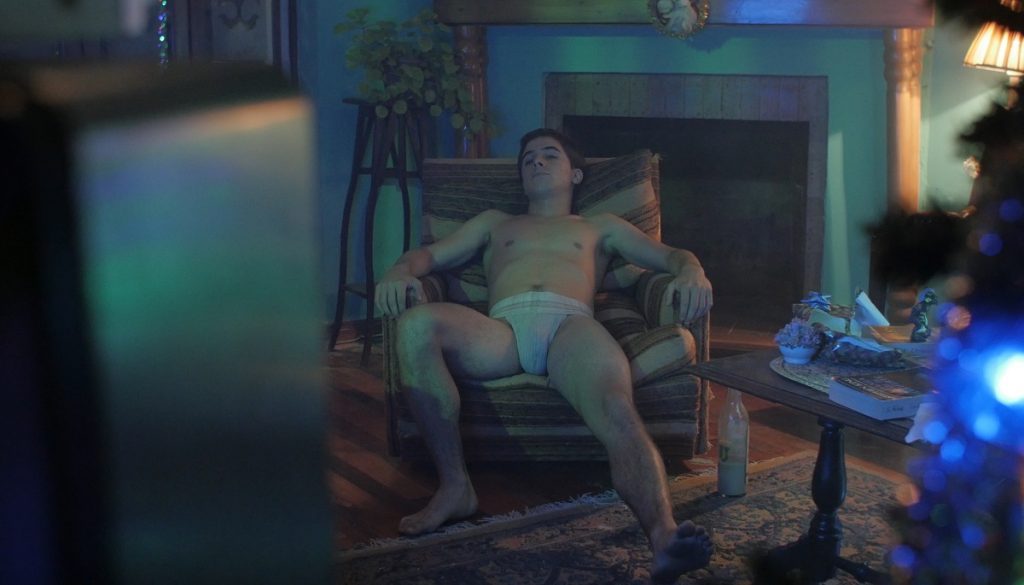 It’s Christmas Eve, 1986, and Borja (Cristobal Rodriguez-Costabal) is a precocious teenager with a passion for film. As his extended family comes together to celebrate the holiday, the combined forces of the suffocating Chilean heat, free-flowing drinks and repressed desire contribute to the eruption of long-held secrets. This hypnotizing story from Chile is both an enticing family melodrama and an explicit erotic thriller about the ways that passion and desire control our lives – from our pop culture tastes to our sexual fantasies. Jam-packed with nudity and graphic sexuality, Cola de Mono is easily the sexiest and most audacious gay-themed Christmas movie we’ve ever seen. Make sure to draw the shades, dim the lights and watch this one with a box of tissues handy. 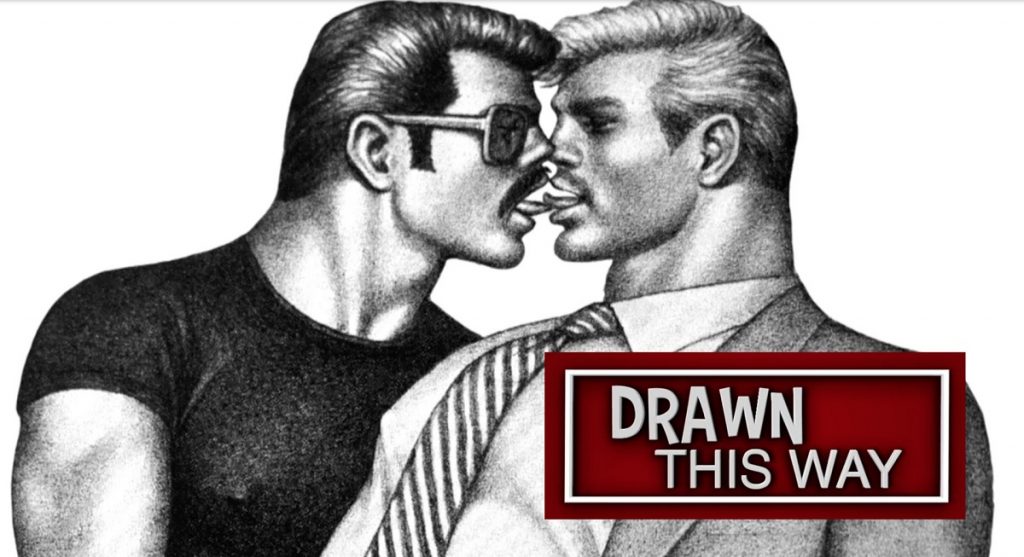 From Tom of Finland to Bugs Bunny in a dress – animation has been a place where artists can unleash and explore their sexuality. When did all this (g)art start? Is it a sexual turn-on? How did the artists get their start? Why the obsession with these fantastical stories and characters? Are they taken seriously in the mainstream comic world? Hosts Andy Cheng and Cara Connors dive into the pages of comic books, animated series, films and video games to discover the LGBTQ characters in the enlightening and entertaining new documentary Drawn this Way. 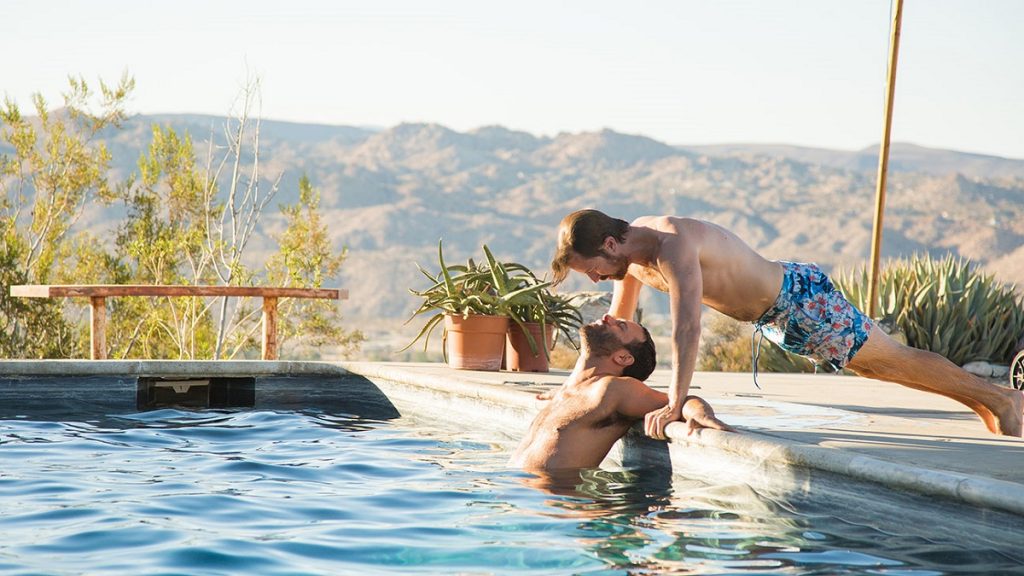 Dean (Lucas Near-Verbrugghe), a graphic designer living in Los Angeles, notices a sudden change in his vision. Around the same time, Alex (Aaron Costa Ganis), an ex-lover from 15 years prior, contacts him unexpectedly in hopes of rekindling their relationship. When the two meet at a vacation house in the desert near Joshua Tree, secrets are revealed and passions are rekindled that threaten to upend both of their lives. Forty-eight hours later, neither will ever be the same. Written and directed by Tim Kirkman, the Emmy, Gotham, GLAAD and Independent Spirit Award-nominee behind Dear Jesse, Loggerheads and The Night Larry Kramer Kissed Me, Lazy Eye is a thoughtful and thoroughly sexy romance about roads not taken, unfinished business and the struggle of adjust to progressive lenses. 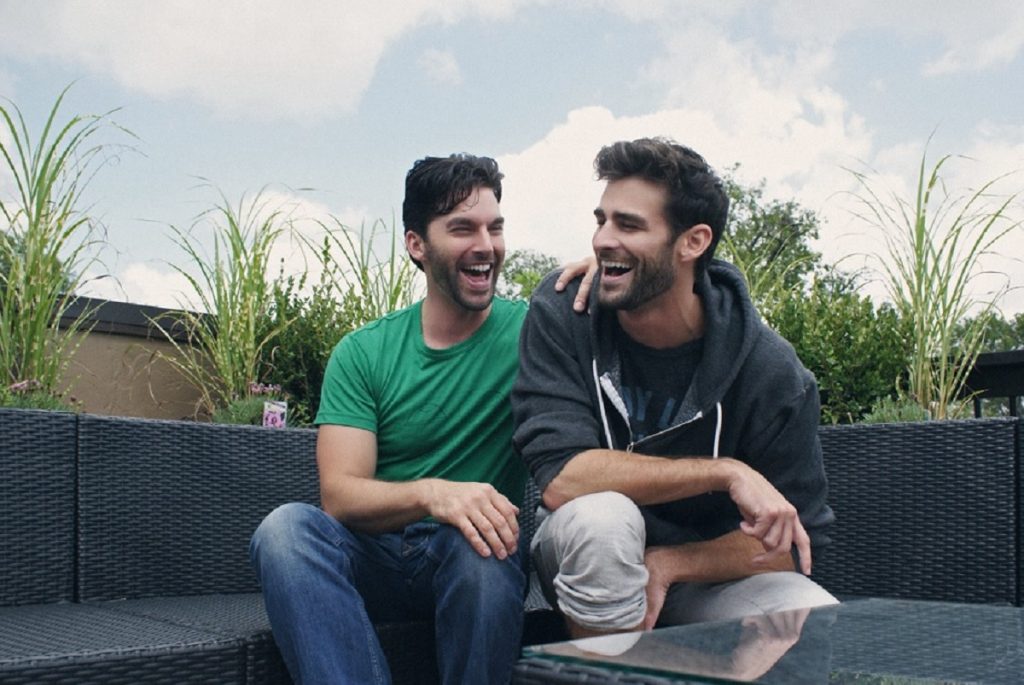 Greg (Jacob York), a 30-year-old web designer, has long been settled into a stable and healthy relationship with Ken (Charlie David), a criminal defense attorney. Caught in a moment of passion on the eve of their four-year anniversary, Greg soon begins feeling nauseated, fatigued, moody and (most unfortunately) fat. At his wit’s end and his boyfriend’s insistence, he goes to see a doctor who is stumped and refers the couple to a specialist. To everyone’s amazement, it turns out that Greg is pregnant. Shock, stress and fear settle in, and Greg’s relationship gets put to the ultimate test. A charming romantic comedy from prolific writer/director Matt Riddlehoover, Paternity Leave poses a modern answer to the age old question: “Are we ready to be parents?” 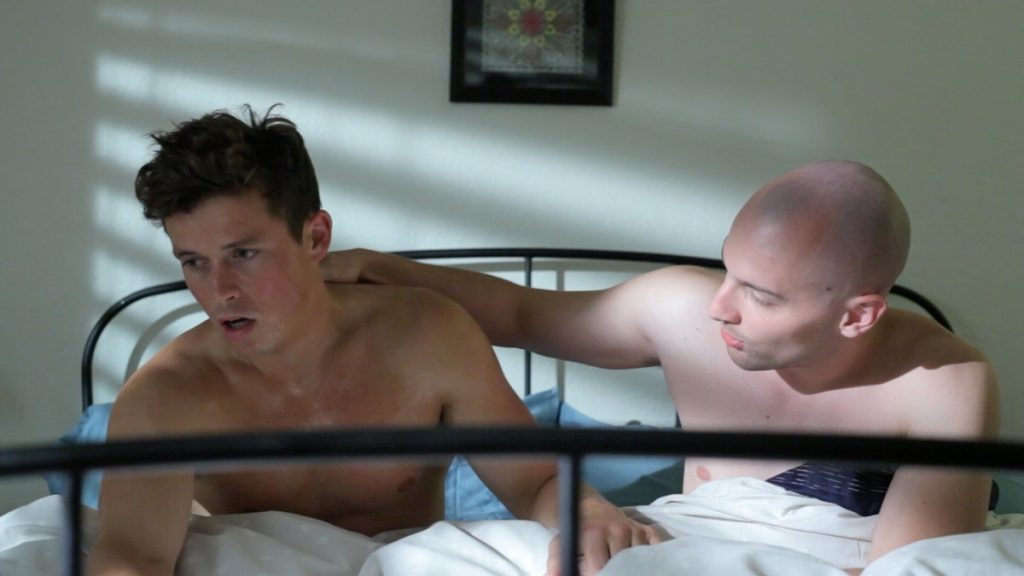 Adam (Bob Hosken) is living with HIV. Broken and in great despair, he has been having a series of nightmares. He soon must confront the guilt tormenting him after betraying and infecting his now dying ex-lover, Raphael (Kyle Patrick Darling). As Adam sets out to reconnect with Raphael on the anniversary of their diagnosis, he discovers that they have both been living nightmares of their own. An official selection at numerous LGBT film festivals around the world, this acclaimed 16-minute short film from award-winning writer/director and activist Armand Petri packs a strong emotional punch. Undetectable takes an incredibly controversial premise and looks at it compassionately, through the lens of two characters who are neither saints nor sinners.