“Convincing and quietly moving, a tale of emotional journeys and trials, and the challenge of starting anew after tragedy.” – RogerEbert.com

“A delicate and moving drama that questions love beyond sexual identity.” – The Playlist

A moving new drama from writer/director Ofir Raul Graizer, a talented artist making his feature film debut after several critically-acclaimed shorts, The Cakemaker has been nominated for nine Israeli Academy Awards, including Best Picture and Best Director, and has become one of the top grossing foreign films of the year in the United States. The trailer alone may make you a little weepy. Make sure to invest in a box of tissues before you watch the full movie.

Thomas (Tim Kalkhof), a young German baker, is having an affair with Oren (Roy Miller), an Israeli married man who has frequent business visits in Berlin. When Oren dies in a car crash in Israel, Thomas travels to Jerusalem seeking for answers regarding his death. Under a secret identity, Thomas infiltrates into the life of Anat (Sarah Adler), his lover’s newly widowed wife, who owns a small cafe in downtown Jerusalem. Thomas starts to work for her and create German cakes and cookies that help her business strive and her son overcome his grief. The encounter with the unfamiliar reality will make Thomas involved in Anat’s life in a way far beyond his anticipation, and to protect the truth he will stretch his lie to a point of no return.

As you can tell from the selected quotes above, critics are already head-over-heels in love with The Cakemaker – and we think you will be too. Check out the trailer below and click here to pre-order your copy. It’s coming to DVD in November. 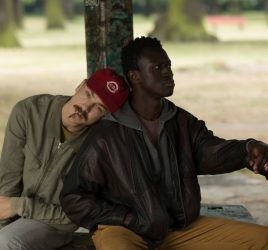 Out This Week: Tu Me Manques