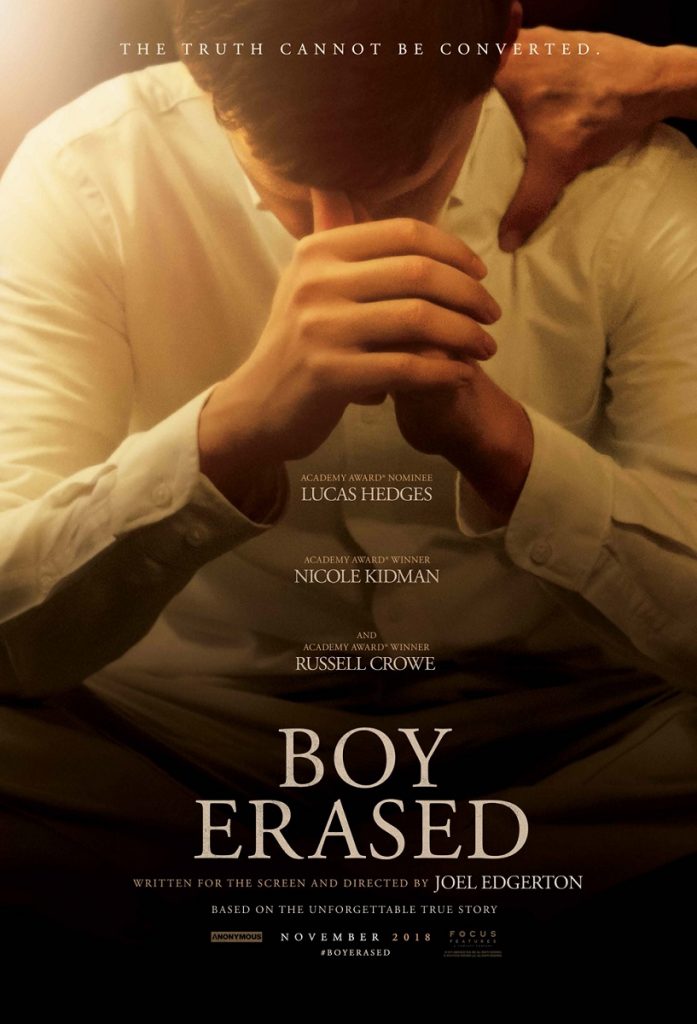 The film was adapted for the screen and directed by Joel Edgerton, who also appears in the film as the conversion camp’s head therapist. Also co-starring are prolific queer writer-director Xavier Dolan (who is having a big moment as an actor along with his recent casting in It: Chapter Two) and out stage and screen star Cherry Jones, who brings welcome gravitas to every endeavor.

Check out the trailer below. The movies comes to theaters in November.