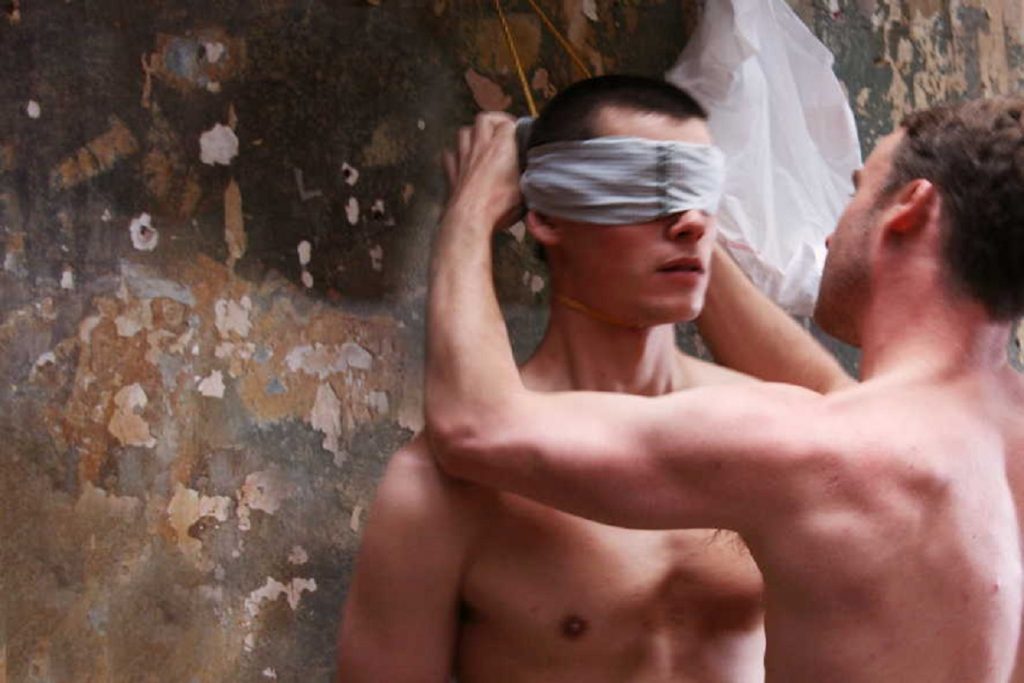 Curated by prolific writer/director Rob Williams (Make the Yuletide Gay, Shared Rooms) for his distribution label Guest House Films, Black Briefs features six award-winning short films with pretty dark, horror or horror-adjacent stories and themes. When it comes to short film compilations, there is always something to recommend. If you don’t like the first one, chances are good there is a short just around the corner that you’re going to appreciate more. In Black Briefs, we really like Hong Khaou‘s steamy Spring, about a young man meets up with a stranger for a little exploratory sadomasochistic sex; and Jack Plotnick‘s Video Night, in which a group of filmmaker buddies discover something unexpected in their raw footage. Our favorite, though, is Greg Ivan Smith‘s Remission. A man, all alone in a secluded cabin awaiting the results of a serious medical test, is haunted by a terrifying presence. It’s genuinely chilling and it’s one of those rare movies that can create dread and unease even in its scenes set during the daytime. 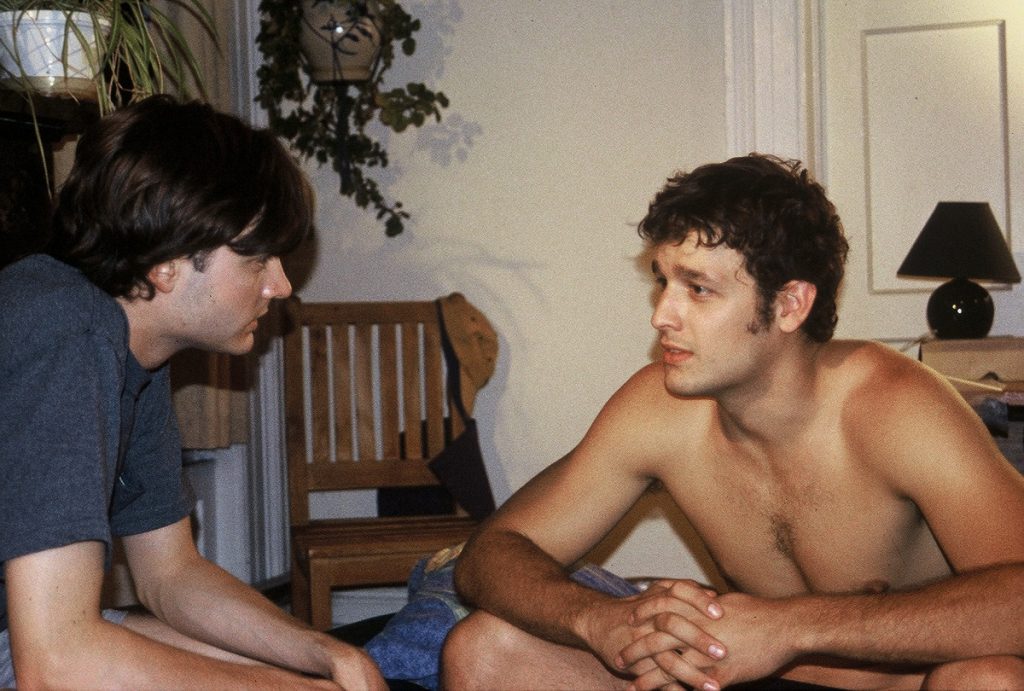 Dorian Blues is a witty, knowing, and immensely entertaining coming-of-age tale. Dorian (“True Blood” and “Crazy Ex-Girlfriend” star Michael McMillian) is a misfit teen living in a small upstate New York town with his conservative father (Steven C. Fletcher), Stepford Wives-like mother (Mo Quigley) and football hero brother (Lea Coco). Adolescence is proving a pain for the always-thinking Dorian. He’s an outcast and the butt of classmates’ jokes. He’s different and understands why when he reaches the conclusion that he’s a “stereotypical gay.” He soon announces this discovery to his boozing social worker, his less-than-understanding parish priest, his brother and, against his brother’s warnings, his homophobic, Nixon-loving dad. Before dad can throw him out of the house, he’s off to NYU where our hero encounters a new world of cafes, sophisticates and handsome men, but this life proves just as frustrating and treacherous as back home. 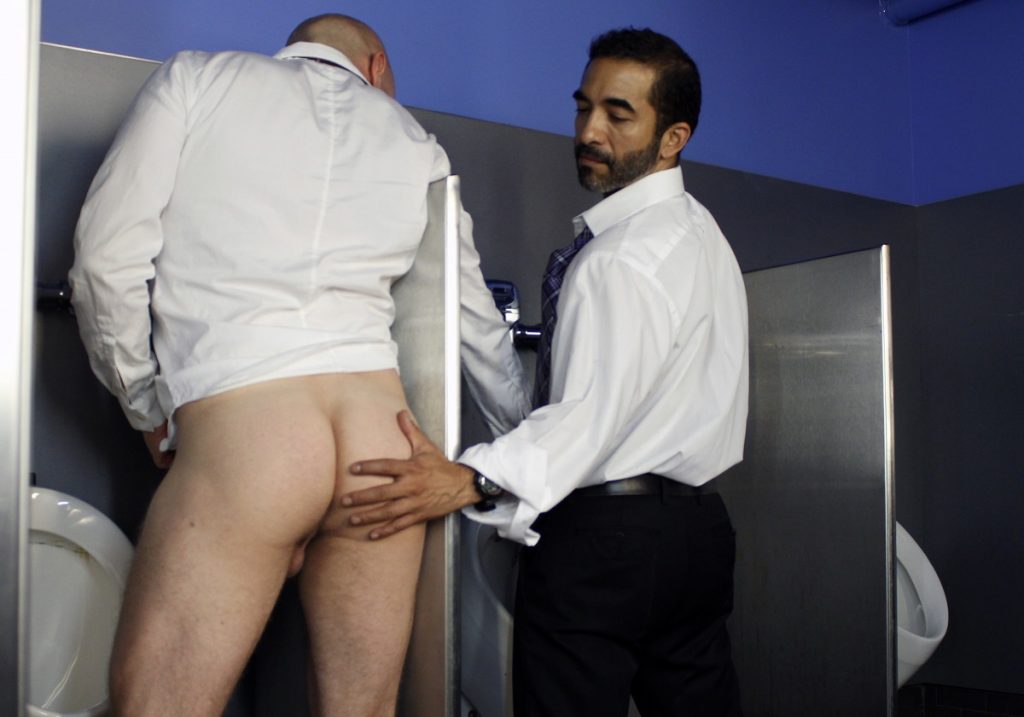 The End of Cruising © Bangor Films

The End of Cruising

In the age of Grindr, Scruff and other apps, who cruises anymore? The End of Cruising is a stimulating anthology documentary the celebrates the pleasures gay men had finding places for anonymous sexual activity. Eloquent voice-over narrators wax longingly and with appreciation about how the act of cruising played an important part in their sexual development and gratification. The subjects involved reflect on the experience of having private sex in public places – from furtive, but knowing glances on the street to anonymous assignations in toilets, parks, beaches and private clubs. Warning: The End of Cruising contains graphic sexual images and discussion. This is a work of non-fiction and is intended for mature adult viewers only. 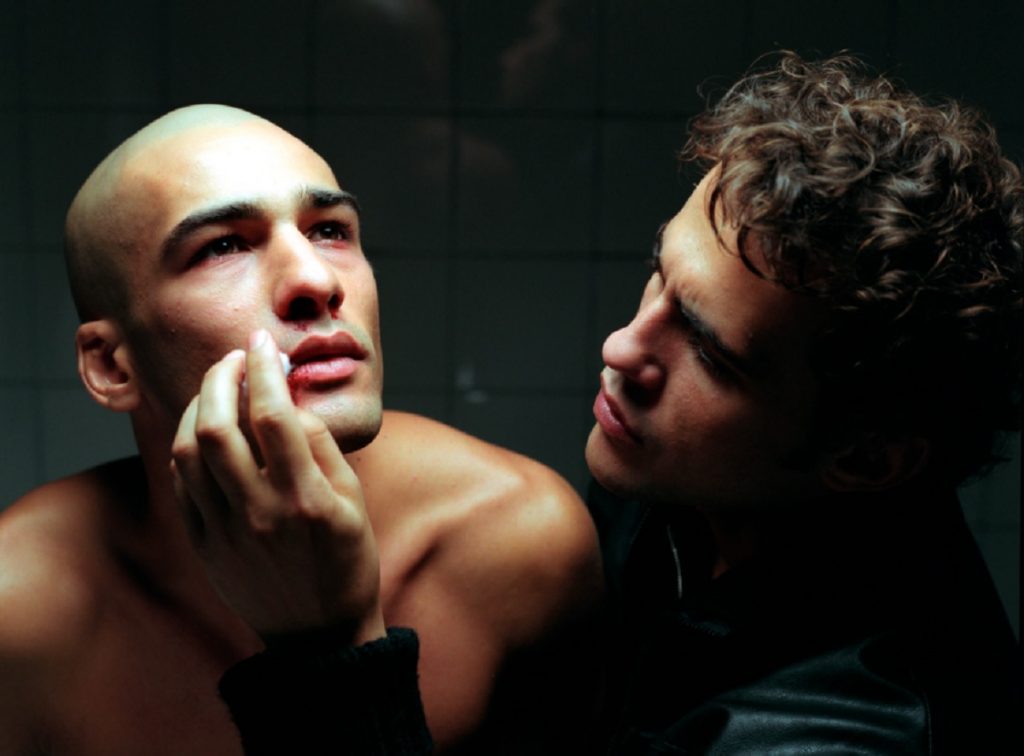 Writer-director Gaël Morel‘s Three Dancing Slaves is filled with hope amidst a violent and unpredictable world. Told in three chapters, the film follows the lives of three handsome brothers. Lonely 22-year-old Marc (Nicolas Cazale) idolizes his older brother Christophe (Stephane Rideau), who has just been released from prison. However, Christophe’s desire to lead a quiet new life is disrupted when he must become Marc’s protector from a band of sadistic toughs who relish taunting the sensitive, younger sibling. The third brother, 17-year-old Olivier (Thomas Dumerchez), doesn’t even relate to anyone from his family – he has chosen to form a strong bond with Hicham, his best friend and “surrogate” brother. When a tragic event occurs, all three brothers’ fragile identities and familial loyalties are put to the test, and each sibling must discover which course in life he will choose. 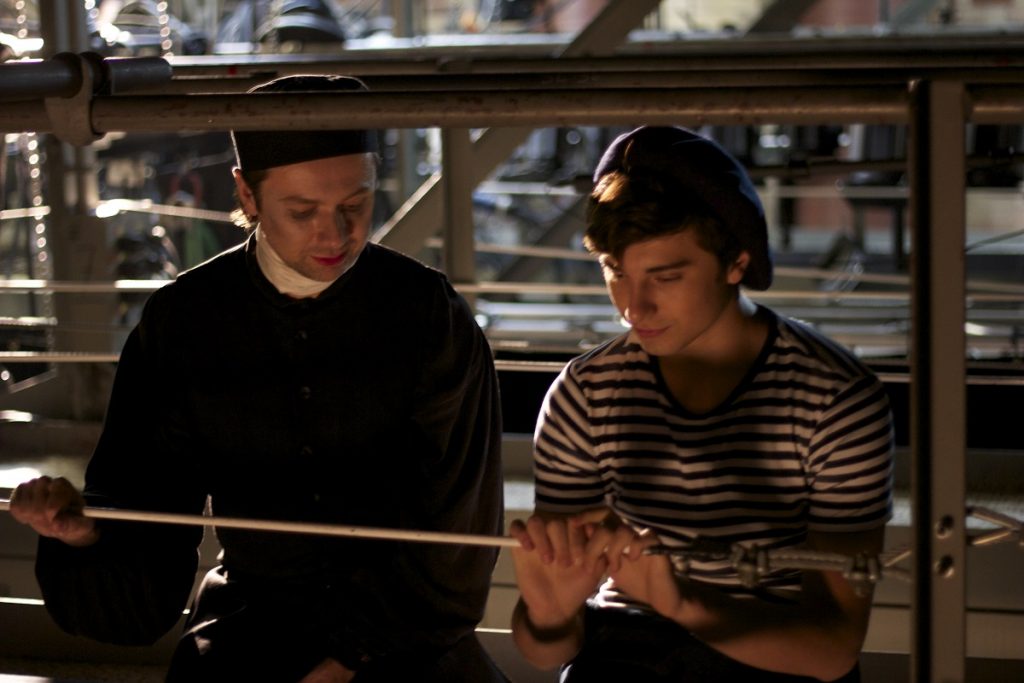 What We Have © TLA Releasing

Maurice (writer-director Maxime Desmons), a gay actor and teacher, finds himself lost in translation in Northern Ontario. Fleeing from his troubled past in France, Maurice’s romantic sense of Canada leads him to seek refuge in a remote community where he discovers little outlet for his Parisian appetite for one-night stands. Things get more complicated after he takes a job tutoring French to 15-year-old Allan (Alex Ozerov), a shy student struggling with his sexuality. As Maurice finds burgeoning romance with the local theatre company’s charismatic manager, Michael (Jean-Michel Le Gal), he finds himself distracted by Allan’s adolescent world – risking everything to protect his young student, who develops an intense attraction to his enigmatic new European mentor.