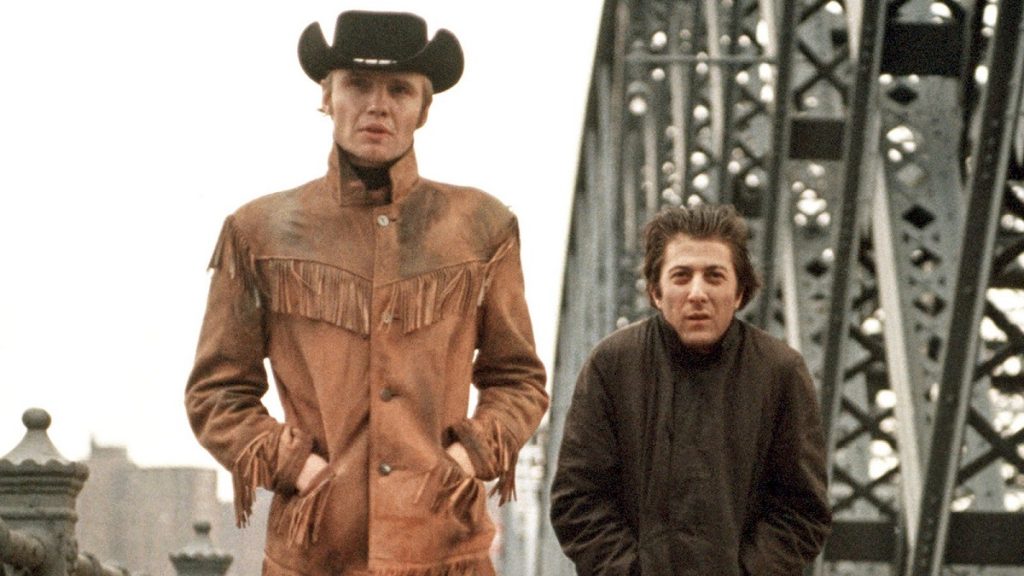 A critical and commercial success despite controversy over what the MPAA termed its “homosexual frame of reference,” Midnight Cowboy became the first X-rated film to receive the Best Picture Oscar at the Academy Awards, and decades on, its influence still reverberates through cinema.

No longer the shocking tale it was when first released, the classic slice of pop culture has evolved into a somewhat nostalgic reminder of the ’60s mindset, capturing the naivete and upheaval of society in the throes of change. Jon Voight and Dustin Hoffman created a pair of legendary screen losers. The complex and tender relationship between Buck and Ratso hints at a homoerotic attraction – and though it’s never explicitly developed, it was still a big deal in 1969. 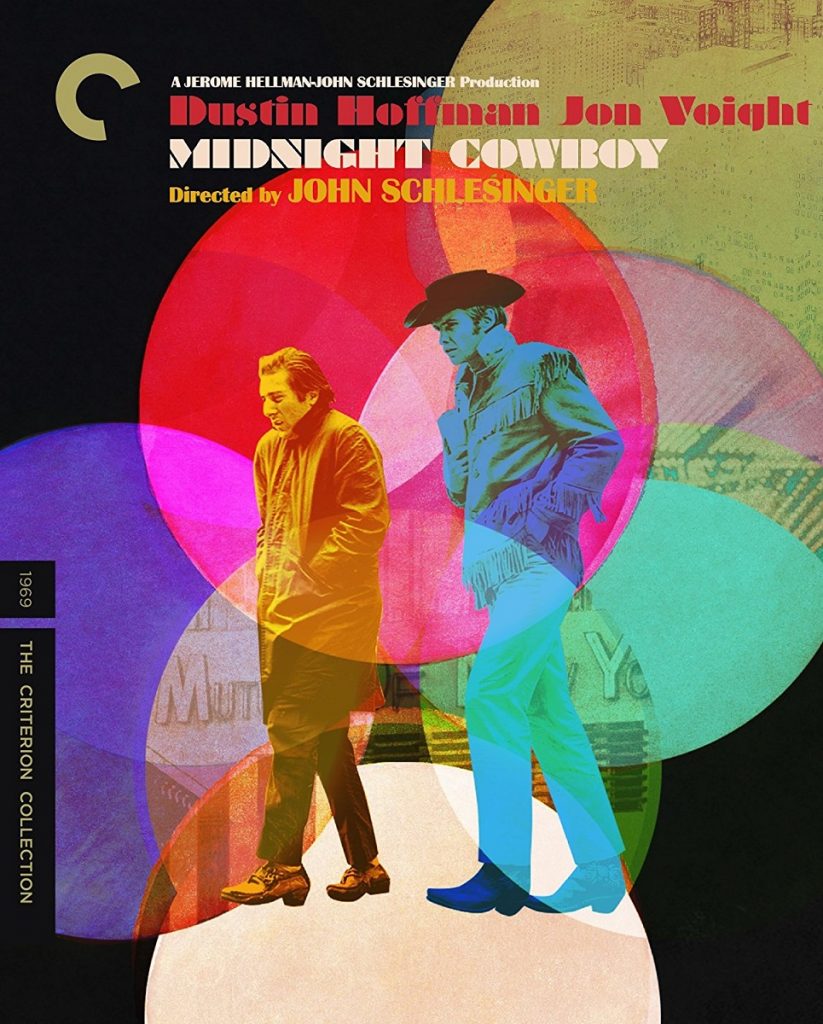 As if it hadn’t received enough honors over the years, Midnight Cowboy will soon be included in The Criterion Collection. Their exquisite new re-release – set to be available at the end of May – collects tons of special features, both old and new. Included are: a brand-new 4K digital restoration, approved by cinematographer Adam Holender, with uncompressed monaural soundtrack on the Blu-ray; audio commentary from 1991 featuring director John Schlesinger and producer Jerome Hellman; a new video essay with commentary by Holender; a new photo gallery with commentary by photographer Michael Childers; The Crowd Around the Cowboy, a 1969 short film made on location for Midnight Cowboy; Waldo Salt: A Screenwriter’s Journey, an Academy Award–nominated documentary from 1990 by Eugene Corr and Robert Hillmann; two short documentaries from 2004 on the making and release of the film; an interview with actor Jon Voight on “The David Frost Show” from 1970; Voight‘s original screen test; and much, much more.

Check out the trailer for Midnight Cowboy below and click here to pre-order your copy.