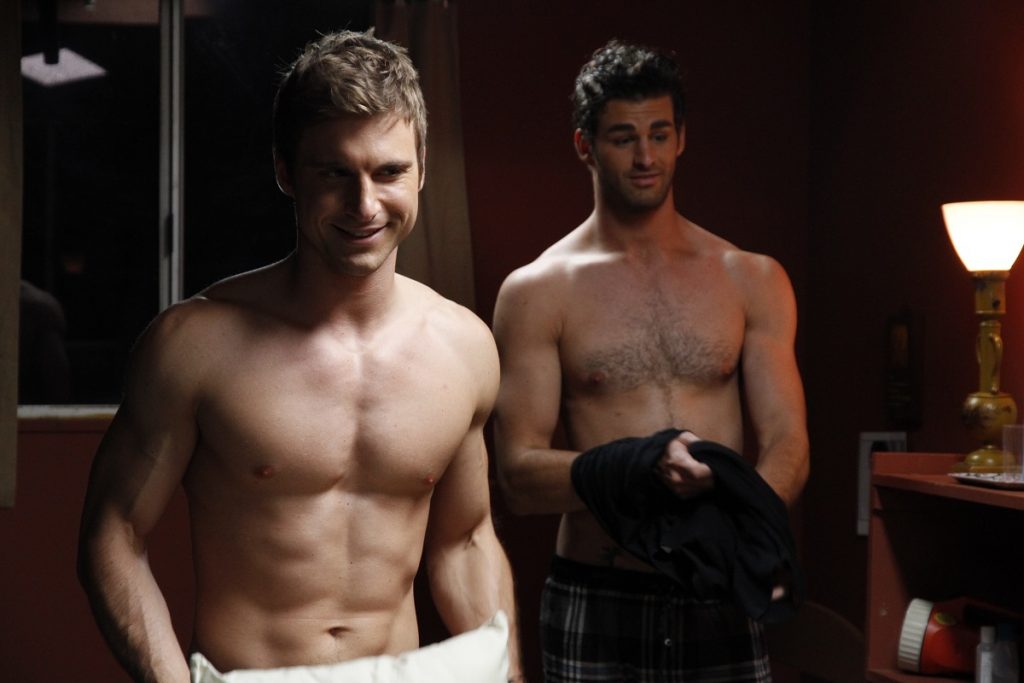 Drama Camp, the fourth film in the beloved Eating Out series, is packed with laughs, smarts and plenty of full-frontal nudity. Zack and Casey (Chris Salvatore and Daniel Skelton) find that their relationship is in a slump, but things are about to change this summer at “Dick Dickey’s Drama Camp”! When Zack meets Benji (Aaron Milo) there is an instant connection. However, not wanting to interfere with Zack’s current relationship, Benji pretends to be straight. When Benji and Zack get cast as lovers in an updated, sexed-up version of ‘The Taming of the Shrew’, their self-restraint is put to the test. And when the sparks start to fly, Casey’s trusted friend Penny (Lilach Mendelovich) takes matters into her own hands by setting a poison oak trap for Benji so that Casey can step in as Benji’s understudy. But when Beau (Ronnie Kroell) starts crushing on Casey, Casey wonders if he and Zack are really meant to be together after all. Introducing a diverse ensemble of characters, Eating Out: Drama Camp is an over-the-top, deliberately raunchy sex comedy with the heart and soul of a sweet summer romance. 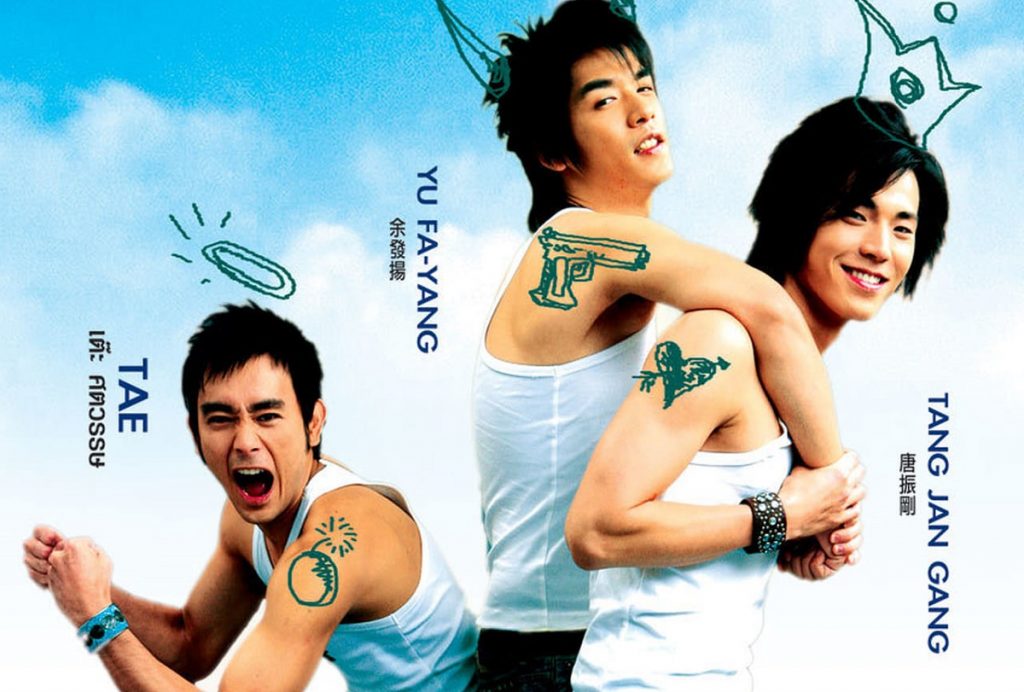 Hong and Shin (TAE and Chen-Kang Tang) have had a special friendship since childhood. As adults, they have drifted apart. Hong holds a menial job (and likes girls) while Shin is a famous rock star (and likes boys). Hong discovers that his self absorbed girlfriend has run up a hefty amount of debt on his credit cards and all the world is after him. In order to raise the money to pay everyone off he enters the “G-Boys Beauty Contest”. Of course the only problem is that all the entrants have to be gay. To help him get through the ordeal, Shin also enters the contest. Our two heroes are joined by a crew of hot, handsome Asian guys, all vying for the title of “G-Boy of the Year”, and a large monetary prize. Unknown to them, there is a spy trying to disrupt the proceedings from within their midst. Will the contest finish with a bang? Will the contestants all look good in the swim suit competition? Will Hong and Shin discover that they are more than just friends? Only at the grand finale will all the truths be revealed.

Every afternoon Noeli (Yanet Mojica), a young Dominican girl, goes to the beaches at Las Terrenas with her boyfriend to look for ways to make a living at the expense of one of the many tourists that wander the beach. As people parade through her life, Noeli has a steady client; a mature French woman (the incredible Geraldine Chaplin in a bravura performance) who, as time goes by, has found an ideal refuge on the island to spend her last years. When Noeli’s boyfriend feigns to be her brother, he outlines a plan in which Noeli travels to Paris with the old lady and sends him money every month. For Noeli, the relationship with the old lady is one of convenience, but the feelings become more intense as the departure date closes in. Selected as the Dominican entry for the Best Foreign Language Film at the 88th Academy Awards, Sand Dollars is an intense drama featuring unique and deeply heartfelt characters. 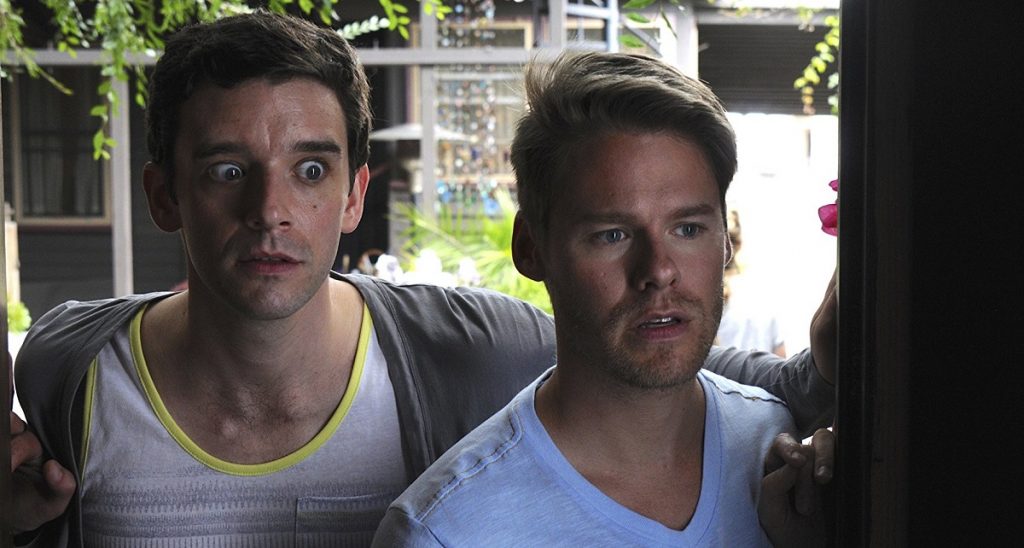 Such Good People is a contemporary screwball comedy about a young gay couple, played by Michael Urie and Randy Harrison, who discover a secret room filled with cash while house-sitting for their wealthy humanitarian friends – who have unfortunately just died in a car accident while doing missionary work for the children of Bhutan. Though saddened, Richard and Alex want what everyone wants: success, money, and, of course, a fabulous house in Los Angeles! After the boys discover wads of cash that the couple will now, obviously, no longer need, mayhem ensues as they deal with jealousy, sibling rivalry, grey-hounds, labradoodles, porpoises, and other friends who want the money as well. With a hilarious supporting cast that includes Scott Wolf, Ana Ortiz, Tom Lenk, Drew Droege and N’Sync heartthrob Lance Bass, Such Good People is a refreshing and lighthearted throwback to the classic caper comedies of the 60s and 70s. 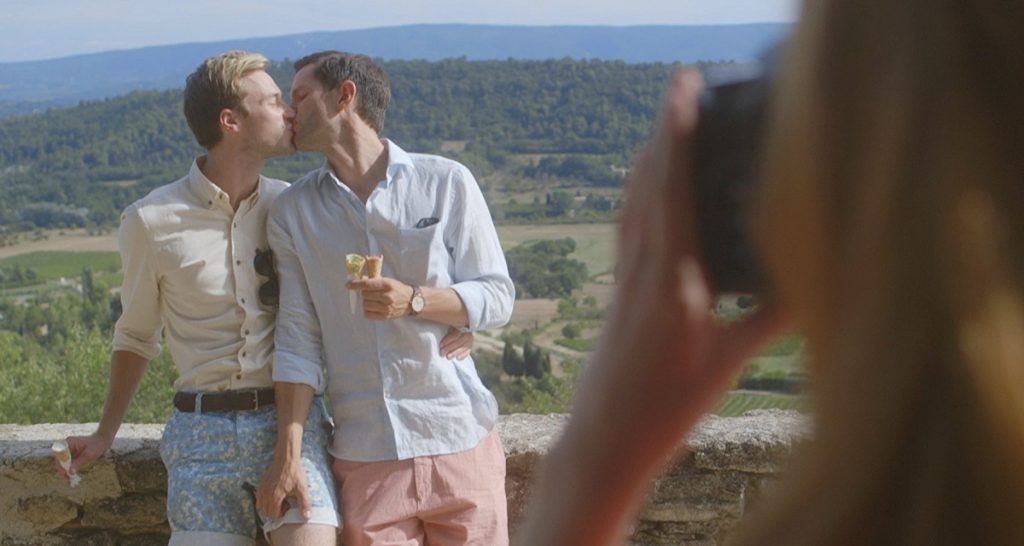 Having left England for a romantic escapade in the south of France, boyfriends Olivier and James (Simon Haycock and Hugo Bolton) invite their friend Caroline (Elly Condron) along with them at the very last minute. She was just left by her long-time boyfriend and seems to be in desperate need of a change of scenery. The trio arrives in a little Provencal village, somewhat cut off from the world. Though everything seems calm between the pool, sunshine and a village visit, Olivier finds himself more and more intrigued by Caroline. A tension of sexual jealousy and possessiveness soon escalate between the three. A simmering slow-burn drama/thriller from writer-director Philippe Audi-Dor, Wasp will get your pulse racing.