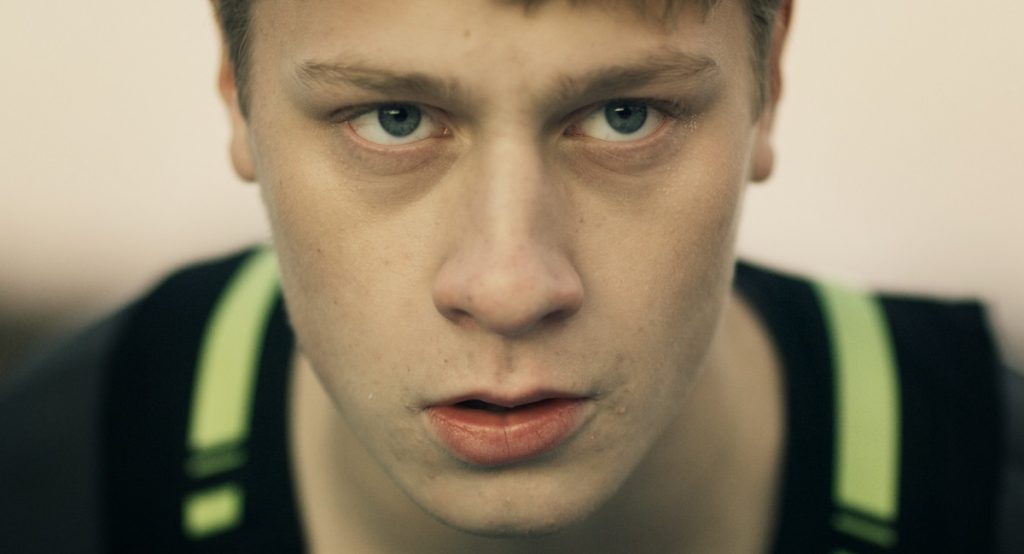 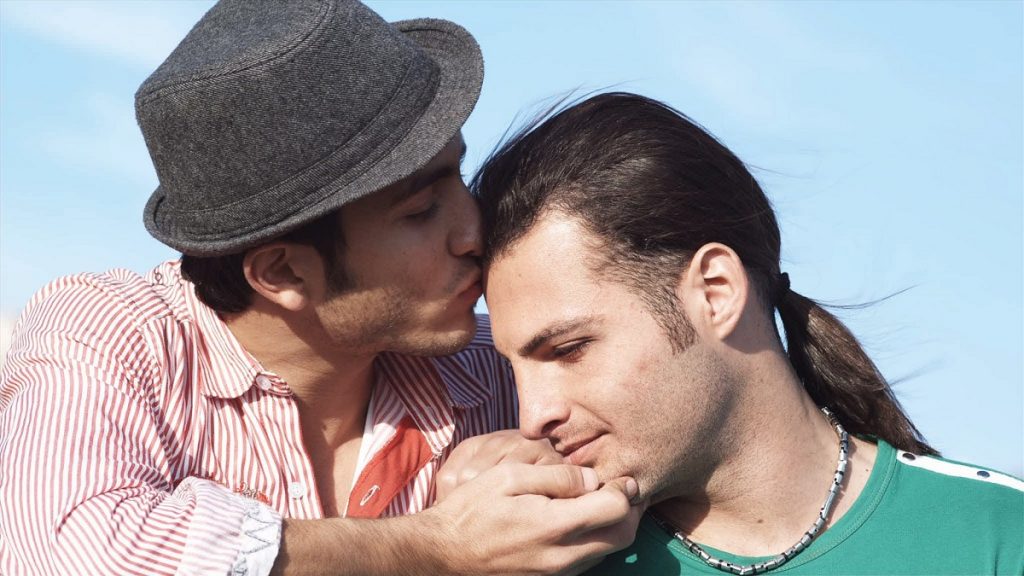 Jason (Rudy Moarbes) lives alone in a large house in war-torn Lebanon. Choosing to embrace his newfound independence, the reticent bachelor hosts a party for his expanding circle of free-spirited friends – including the emotionally agile Louis (Jad Hadid), the drug dealing musician Elvis (Michel Sarkiss), stunning new girl Nathalie (Elaine Kerdy), and gay couple Rami and Ziad (Ali Rhayem and Jean Kobrosly). Living in their own bubble they are forced to face the harsh realities of their surroundings after Ziad shows up to the party bloodied, having been attacked by Rami’s family. All of them are lost between traditional morals and the free thinking ideology of their developing bond. While seeking higher ground, they are able to discover the beauty in one another. Out Loud, the very first out-and-proud gay film from Lebanon, sets a new standard. 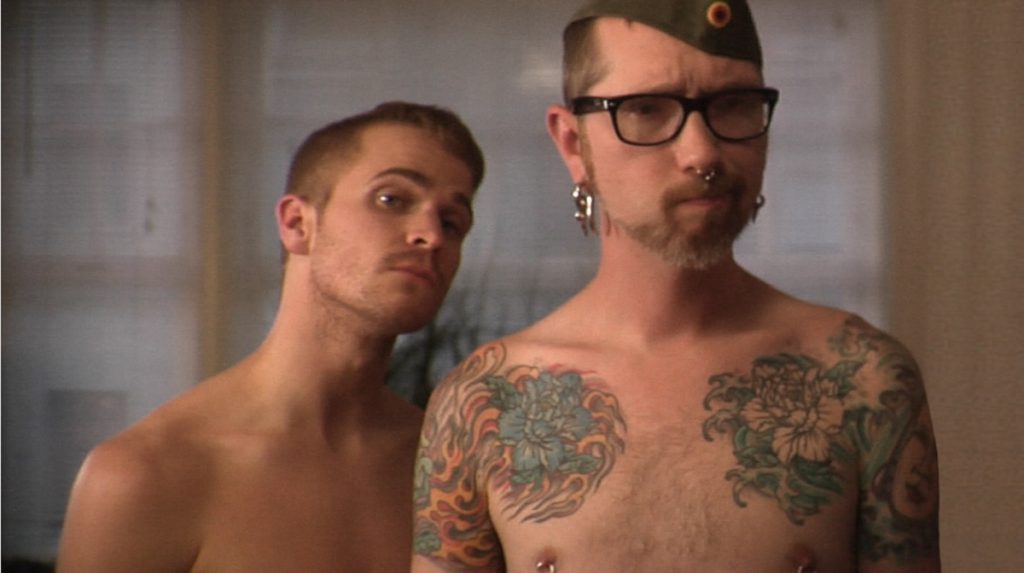 Chaz (Jayson Jaynes), a tattooed, pierced gay San Franciscan hipster, is convinced he’s overweight. The latest evidence? He caught his date feeling out his “fat waist.” Yes, despite his lanky limbs and low body weight, Chaz is afflicted with the most difficult condition to treat: he’s soft in the middle. He’s Skinnyfat. The traumatic event sets him on a plan to lose weight until he has hipbones “sharp enough to trim hedges!” Joined by his flighty friend Davy (Evan Johnson), self-absorbed Chaz stumbles through gym workouts, crash dieting, tweaker yoga, forced vomiting and even a distressing bear party! Along the way, he learns that physical ideals can change with the next pop culture trend, and even the revered six pack may not be enough to secure the most important love of all – his own. With razor sharp humor, writer-director Andy Bydalek creates a hilarious 24-minute short film about image-obsessed gay culture and shows what can happen when body-consciousness becomes-body fixation. 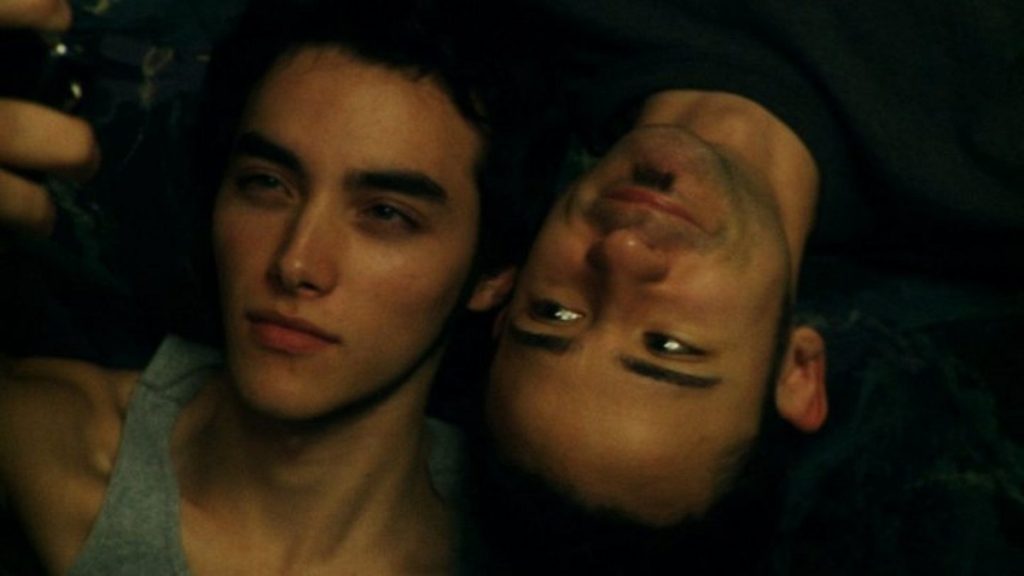 The Stranger in Us © Breaking Glass Pictures

The Stranger in Us

In this poetic debut feature, director Scott Boswell explores the pleasures and perils of losing and regaining oneself through the journey of a young, gay man in the wake of a traumatic breakup. Small-town Anthony (Raphael Barker) follows his heart to San Francisco, eager for domestic bliss with new boyfriend, Stephen (Scott Cox). Soon Anthony faces a waking nightmare as their volatile relationship reaches the breaking point. Isolated and financially strained, Anthony takes to the nighttime city streets, where he meets a strange and alluring cast of hook-ups and wanderers. When he befriends a precocious, young street hustler named Gavin (Adam Perez), Anthony finds the human contact he craves, yet his inner struggles continue to engulf him. Featuring a verite-style portrayal of San Francisco’s grittier side, The Stranger in Us grips viewers with its heartfelt performances and intimate perspective. 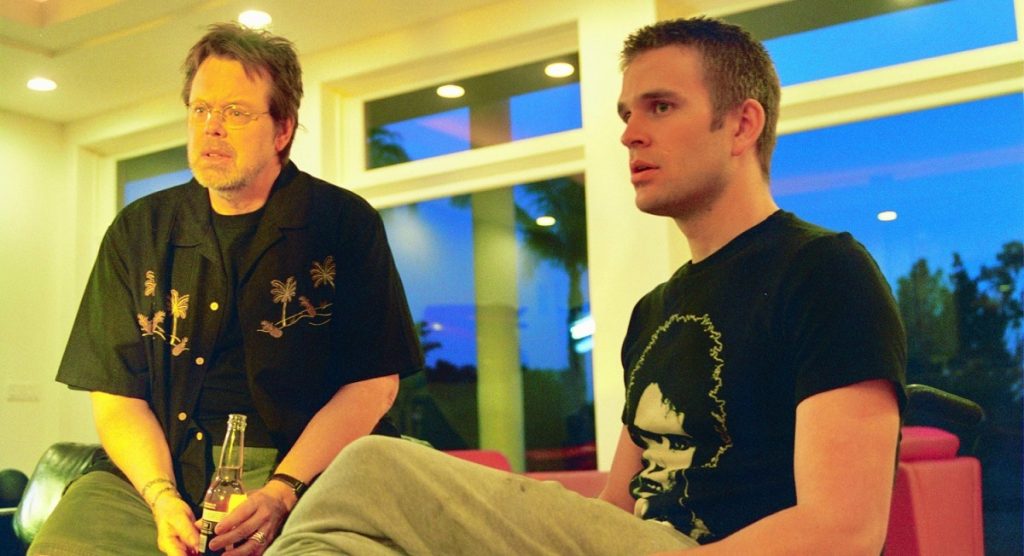 David (Lucas Elliot) is a swaggering 16-year-old homophobe who arrives at the doorstep of an opulent and secluded Hollywood Hills home in search of answers. There, he discovers his biological father, Den (Travis Michael Holder), a closeted television star, and his top-secret much younger lover Colin (John Brotherton), a former dancer who is now confined to a wheelchair. Their otherwise seemingly idyllic and coveted life is permanently altered once this kid arrives. Den, unaware that he has fathered a child, is forced to confront a relationship that began as problematic. Eventually, all three men with the help of their unconventional and extended family are compelled to join together and redefine the concept of what constitutes a family. Originally a critically-acclaimed Los Angeles stage play, Surprise, Surprise is a moving and unpredictable family portrait.