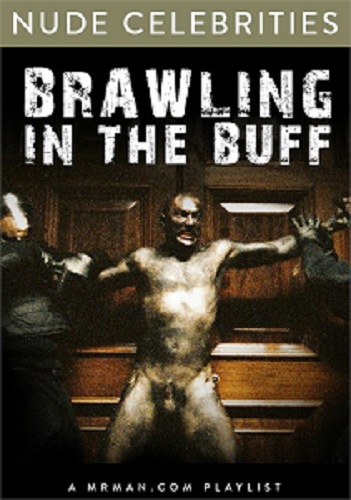 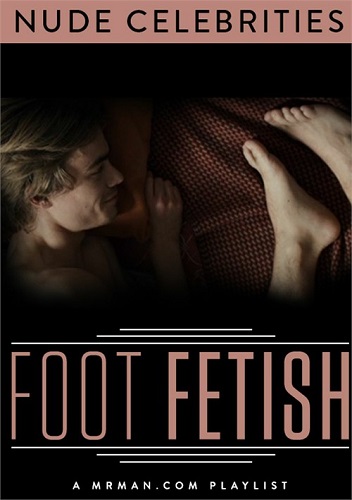 These hot guys have great bodies and even hotter feet. Mr. Man thought he’d put his best foot forward and offer you guys a playlist of scenes with hunky guys showing off those things they walk on. Brenden Gregory and Brad Roberge give us the real deal here while putting on a penetrating show for the camera in Interior, Leather Bar. Guillaume Gouix and Matila Malliarakis get goofy with some sexy foot play in Beyond the Walls. Randy Becker inspects and kisses his muscles, eventually leading to a toe sucking and an attempt at blowing himself in The Deviants. Shawn Wayans sexy physique gets covered with some Kool-Aid in Don’t Be a Menace to South Central While Drinking Your Juice in the Hood. Marcus Patrick sexily shares a cigarette with a lucky dude in Descent. Ben Whishaw and Andrew Leung are lounging in bed, cuddling and chatting in Lilting. Burt Reynolds shows off his tight body while taking an outdoor bath in Sam Whiskey. Joe Dallesandro bares all as he gets worked on by two different women in Flesh for Frankenstein. Samuel L. Jackson strips down for a classical soundtracked shower in The Caveman’s Valentine. Clint Eastwood makes our day by briefly baring his glazed up behind in Tightrope. Juan Carlos Ceballos shows some more package as he receives a bath in a really small tub in Felix et le poisson. Gabino Rodriguez and another unnamed dude strip down and get down with a girlie in I Am Happiness on Earth. Ralph Fiennes steals the scene with his tatted up back and beautiful rump in Red Dragon. Johnathon Schaech is rockin’ the van with his lady, and we are treated to a brief view of his bare rear end in Welcome to Woop Woop. Michael Metta goes ass out while he’s to lick some crazy lady’s cooter in Bleeding Hearts. Jake Weber rocks a mustache and shows off his manly body during a talk with his lady in Hell on Wheels. Matt Passmore brings out the bulge and bulky physique while babbling with his babe in Satisfaction. Gabriel Luna lowly strips down and seduces a lucky lady in Matador. Jan Bijvoet shares a shirtless look at his upper body as he dines in the tub in Borgman. And, finally, Florian Anderer teases complete nudity through the shower door in Gabriel. 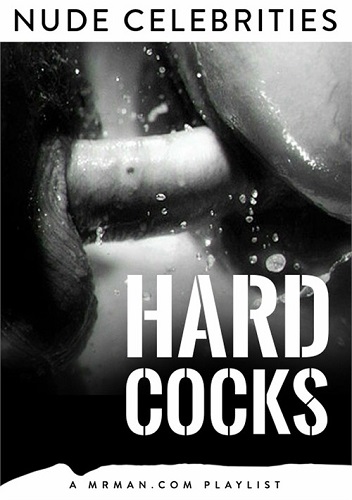 You gotta love these guys that can pitch tents and give us the meaty salute on camera. Get ready to get excited when you check out these scenes of hunky guys brandishing a boner. Things are definitely looking up! Paul Dawson, PJ DeBoy, and Jay Brannan get lost in a patriotic three way in Shortbus. Martin Hedman slides a condom on his erect peen in Karlekens sprak 2000. David Bulnes supplies the morning wood in Sex and Lucia. James Ransone shows full frontal as he jerks off to completion while watching a tennis match on television in Ken Park. Keller Wortham and his babe get on highway 69 in Now & Later. Tatsuya Fuji erect penis makes an impressive appearance in In the Realm of the Senses. Horst Baron provides the close up of the full package for Willem Dafoe in Antichrist. Eric Balfour goes porntastically nude and erect while getting some head and vag in Lie with Me. Jake Steel flashes his butt and impressive peen as he gets blown by Jesse Archer in Into The Lion’s Den. Keller Wortham and Adrian Quinonez get ready for a threesome with their lady friend in Now & Later. Josphat Hamisi does an incredibly long strip show for a bunch of ladies that involves tying a bow on his penis in Paradise: Love. Manuel Ferrara shows it all as he gives the full porn star treatment to his gal pal in Starlet. Sergi Lopez sports some impressive wood as he has sex with his girl in a traincar-themed hotel in Map of the Sounds of Tokyo. Mike Apaletegui gets tied to the bed while his girlfriend grinds against his erection in Ken Park. Tony Curran rolls a condom onto his erect penis to bang a chick in Red Road. Fernando Lopez gets completely nude as he shows off his self-fellatio skills in The Inbetweeners Movie. Wolfgang S. Zechmayer gives his erect rod a few tugs before getting out of bed in Tag und Nacht. Lastly, Wayne Virgo and Marc Laurent go all the way in Shank! 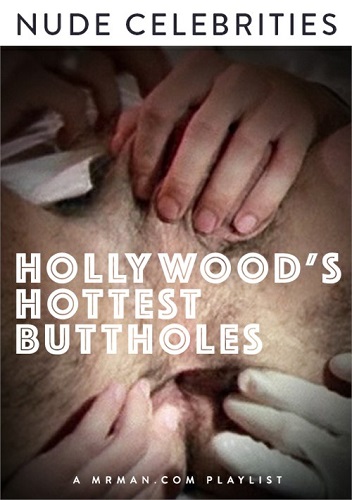 It’s rare to get a shot of butthole on the screen, but we have a hole lot to cover on this Mr. Man playlist. Today’s men dare to show us what’s down there, and if Hollywood knows what’s good for it, we’ll be seeing more manholes in the near future. Frank Ripploh shows cock and balls and butthole as he receives an invasive prostate exam in Taxi Zum Klo. Anthony Ruivivar moons the camera and gives us a peek at his butthole in Starship Troopers. Milo Ventimiglia ravishes his chick on the floor while ravishing us with his butt and a clear shot at his butthole in Pathology. Jason Mewes gets his black briefs pulled down by his partner in porn before giving her a lengthy railing in Zack and Miri Make a Porno. Ola Rapace shows off his peen, balls, butt, and butthole as he wrestles a group of men on a boat in Stockholm-Bstad. Brenden Gregory and Jesse Metzger hook up and get porn-tastically hard while sucking, stroking, and humping their way to climax in I Want Your Love. Kinya Tsuruyama shows full frontal and butthole while he’s tossed around in The Pillow Book. Mathias Melloul‘s lady helps him get a condom on his hard cock before they have unsimulated sex in Sexual Chronicles of a French Family. Joe Dallesandro makes time with a lucky lady in Heat. Dave England shows a little of everything as he takes a hit from the muscle stimulator in Jackass: The Movie. Marc Rodriguez buries his erection deep inside his lady friend in Diet of Sex. Max Parodi‘s ass and butthole are on maximum display as he thrusts hard into his lucky gal in Monella. Mauro Lorenz pops a rod as he goes exploring into his girl’s backside in Cheeky! Ricardo Meneses takes a naked dive and shows every inch of his wet and sexy body in the pool in O Fantasma. Brian McArdle and Trey McCurley get lost in some sexual hijinks in Hot Guys with Guns. Matt Czuchry rips off his boxers in I Hope They Serve Beer in Hell. David Fahms shows his tea bag and butt as he goes down on his gal in I Want You. Jesse Pepe shows off his impressive schlong and butt during the shooting of a death scene in From Here on OUT. Eric Dane‘s butt and butthole are on display as he swims the ocean blue in Open Water 2: Adrift. R.E. Rodgers shows off his junk and trunk in solitary in Oz. 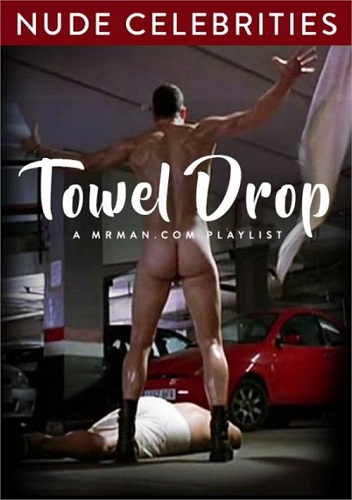 Want to tantalize your tastebuds with towel dropping delights? This Mr. Man playlist features supremely hot guys coming out of a shower in nothing but a towel, and then dropping it! Adam Levine walks out of a shower into a locker room, dropping his towel and revealing his sensationally sexy ass in Maroon 5’s This Summer’s Gonna Hurt Like a Motherfucker. Antonio Banderas shows some amazing full frontal in False Eyelash. Taylor Kitsch walks out of the bathroom in just a towel, sporting some wood, and then baring his butt while a lady gives him a bj in True Detective. Eddie Redmayne loses his towel, briefly bares his butt, and jumps into the arms of his boy toy Unax Ugalde in Savage Grace. Rob Lowe heats up the locker room by showing off his jockstrap bulge and ass in Youngblood. Jerry O’Connell whips off his towel in the locker room in Tomcats. Pablo Puyol drops his towel to reveal an amazing ass in Boystown. Lenny Porterfield loses his towel to show off his cock and balls in The Wolf. Jakob Renger hits the locker room, shucks his towel, and shows it all in Gabriel. Amine Ennaji loses his towel and quickly flashes his butt while getting dressed in Salvation Army. Michael Rooker loses his towel to reveal a nice rump and a hint of sack in Mallrats. Matthew Lillard makes the most of a beach party by stripping down and going for a dip in Summer Catch. Taylor Lacher shows off his ding dong and derriere while drying off after a shower in Devil Times Five. Johnny Rapid bares his butt before slipping into a swimsuit to show off his killer package in I’m A Porn Star. Don Johnson bares his butt in the pool while Gregory Harrison, Bruno Kirby, and Elliott Street go all out with full frontal in The Harrad Experiment. Jesus Ochoa teases his tush before he puts his boxer shorts on and takes the television in El Segundo Aire. Tanc Sade is wet, ripped, and ready to argue in Matador.