Although it’s attitudes and perspective are somewhat dated, this strange pseudo-doc is often hilarious, highly original and still pretty convincing.

Rock Hudson’s Home Movies, originally released in 1992, offers up a revisionist interpretation of Rock Hudson’s film career and life – and seeks to discover the “real” Hudson through his “reel” persona. Was this Hollywood hunk completely out of touch with his secreted sexuality, or did he, throughout his entire career, offer subtle – or not so subtle – hints at his homosexuality?

Exploring this idea, writer/director Mark Rappaport‘s insightful and unconventional biography, clearly inspired by “The Celluloid Closet,” cleverly dissects – through freeze-frame, slow motion and replays – Hudson’s films, seeking clues and overtly gay signals. The premise is that Rock freely chose to perform in these suggestively gay films and that his sexuality was an open secret – the gay fan need only read between the lines to see that Rock was part of the club.

Also included on the DVD, though not available for VOD, is the strangely brilliant 1971 short film/artifact Blue Streak, which features a group of naked men and women in a posed shot with a running litany of sexually-oriented words that float across the screen. This juxtaposition forces the audience to examine their attitudes about sexuality and the sex-negative society we find ourselves in. Or, at least, that’s what it’s going for. Whether or not it’s successful, it’s a bold move for the time in which it was made… just like Rock Hudson’s Home Movies.

You can watch Rock Hudson’s Home Movies and take a trip back to 1992 (and even further) right now by clicking here. 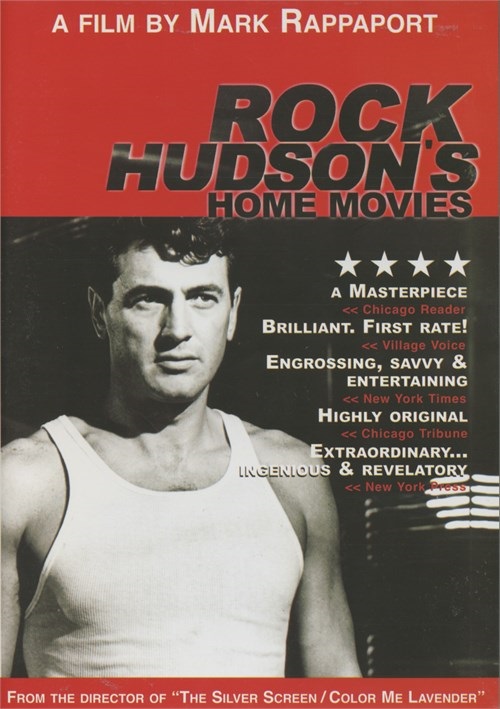