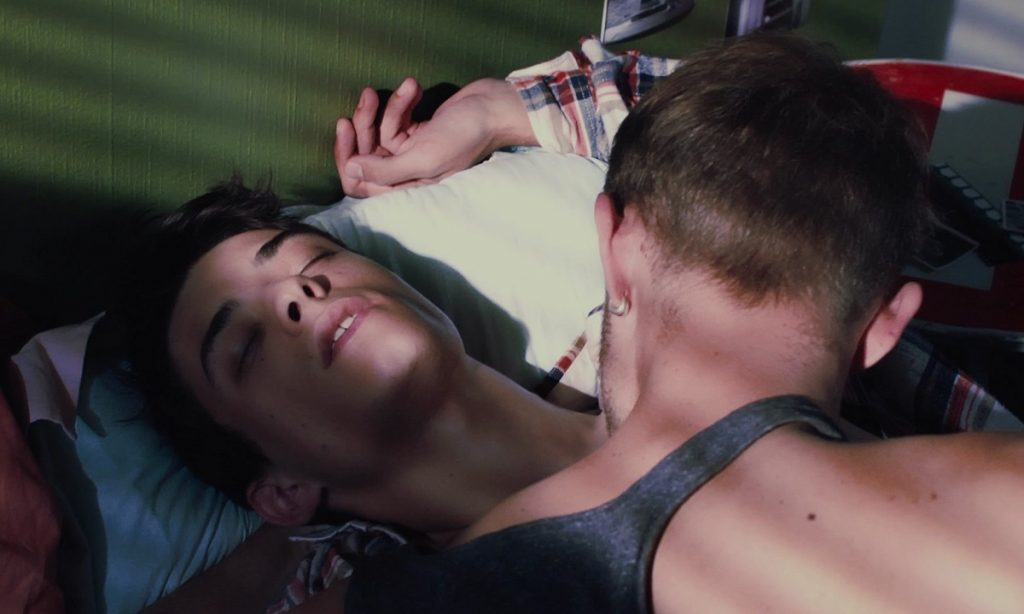 Get seduced by the best gay short films from France in one exquisite collection! In Apollo, we follow a modern teenager, riddled with insecurities who keeps fantasizing about an ever more muscular body – and an even bigger banana. Herculaneum concerns three “appointments,” two men and a volcano that growls. In The Body of Angels, Remi listens to the birds and falls in the hedges while, Gabriel does something far more sinister. In En Retour, Jean-Marc meets Simon, a younger man, for dinner. After a promising start, the evening plunges into extreme drama. Ruptures follows Gabriel and Andre, ex-boyfriends who cross paths for the first time in ten years. Finally, in Juliet Electrique, 14-year-olds Thomas and Victor visit an abandoned bridge and soon face their most secret fears and desires. 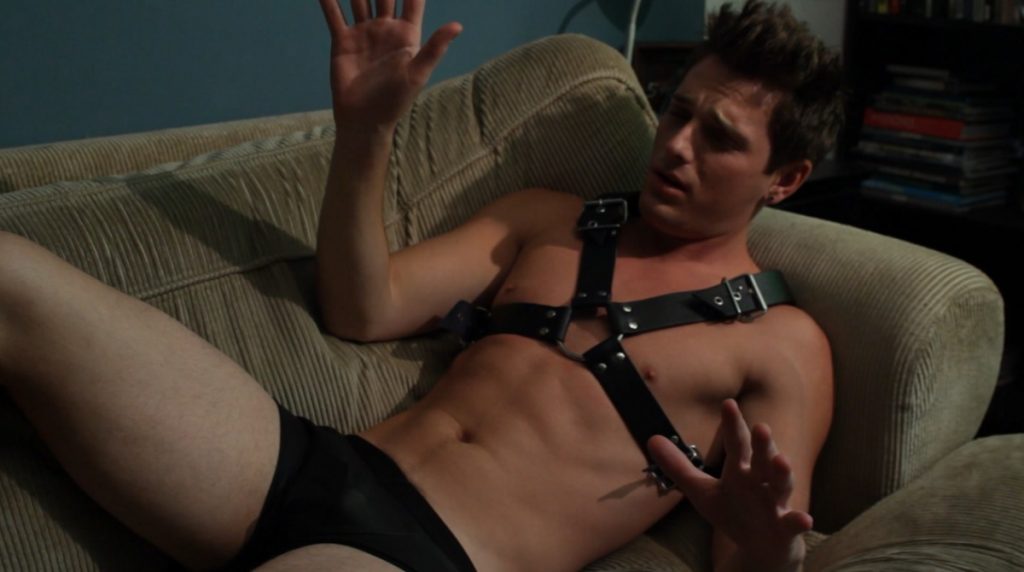 TLA fan favorite Sean Paul Lockhart (known to porn aficionados as the legendary Brent Corrigan) stars alongside a bunch of similarly stunningly hot young dudes! Kissing Darkness follows a group of college boys who, bored with the everyday “gay life” of LA, decide to skip Pride weekend. Instead, they gear up for a camping trip in the woods. Quickly, though, the boys venture into a game that ultimately unleashes the vengeful spirit of a local legend known as “Malice Valeria.” Overcome by her deadly plan of tainted love and her thirst to take back what was lost long ago, the boys must now band together before they fall victim to the poisons of a broken heart. Directed by James Townsend (Sideline Secrets, Unsolved Suburbia), this unbelievably sexy new vampire flick doesn’t skimp on the blood or the beautiful, scantily clad young beefcake. 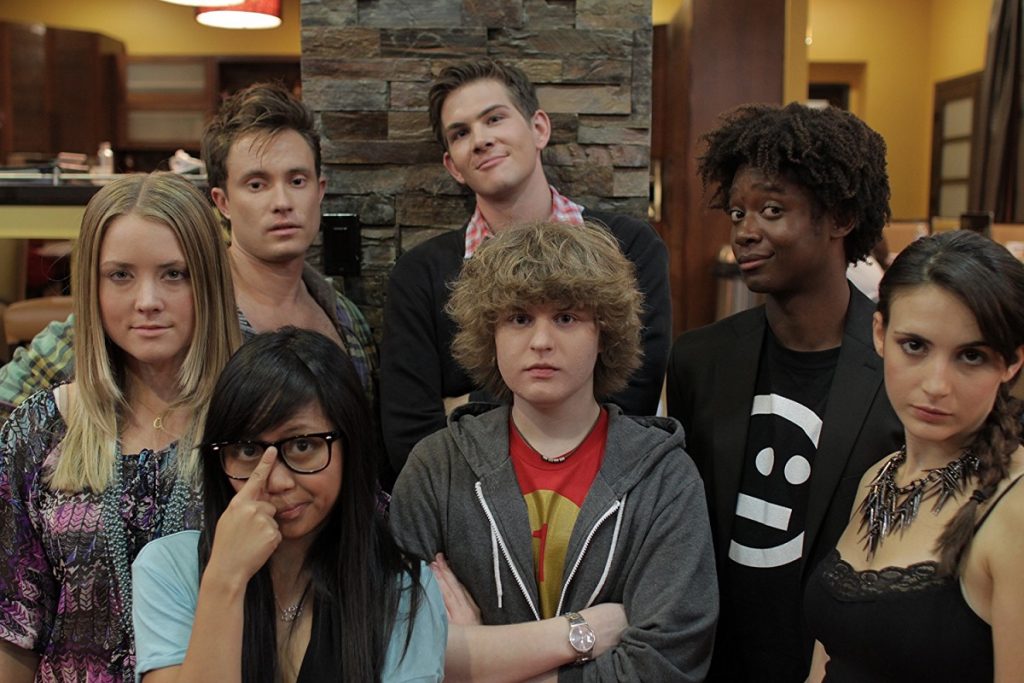 What starts as a too good to be true film school submission turns into a reality check. With free reign of his high school campus and a set of master keys, Drake has one night to attempt greatness behind the camera. His cast consists of his best friend Tim, Ellen, a quiet bookworm, Carly, a gossiping cheerleader, Michaela, an intellectual loaner, Sean, a basketball star, and Sully, a super-senior-drug-dealing loudmouth. Drake drags his players through the scenes of his “masterpiece,” while off camera they veer from the script and delve into the stereotypes, relationships, and sexual identities that have been used to label one another. Each of them, involved in the film for their own reasons, divulge a reality never intended for the camera where unlikely interactions occur and secrets become harder to hide. Rolling is modern, John Hughes-esque high school drama. 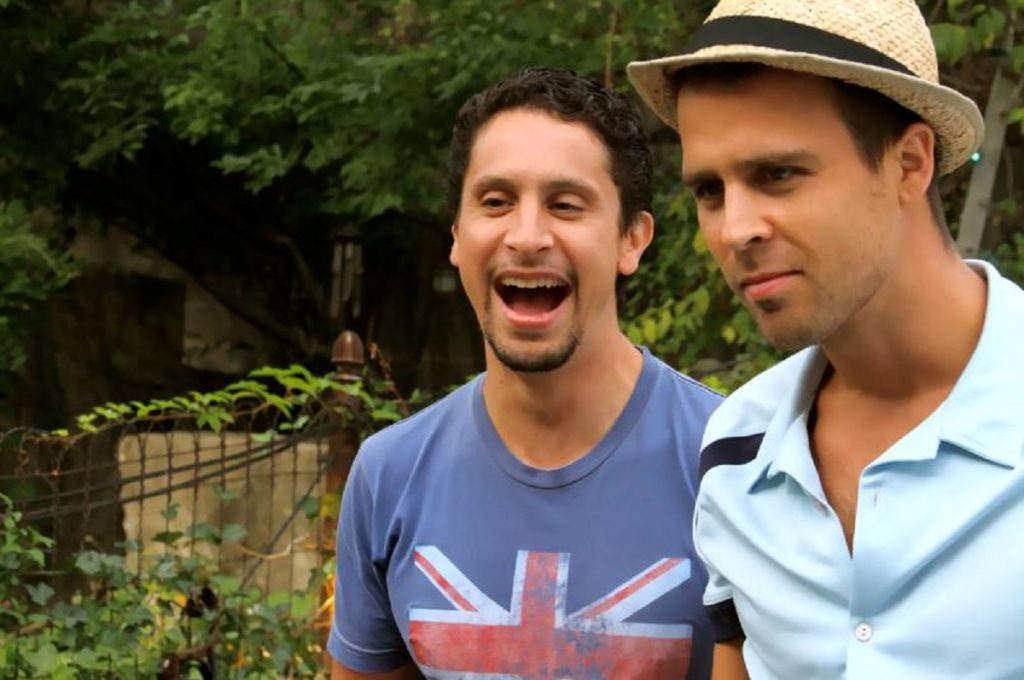 Smart, funny, flawlessly acted and very true to life, Turtle Hill, Brooklyn is a positively charming NYC indie that takes a look at a couple navigating the ins and outs of romance, relationships, friendship and life in the big city while throwing an eventful party in their small Brooklyn yard. Will and Mateo (co-writers Brian W. Seibert and Ricardo Valdez) are throwing a 30th birthday party for Will at their home. When Will’s conservative sister stops by unexpectedly, he is to come out to her and face the repercussions. The party kicks into action as the friends drink, jump in the (kiddie) pool, break the piata, and argue about politics, relationships, sex and religion. Another surprise guest arrives, exposing truths that threaten Will and Mateo’s relationship. When the bottles are empty and guests are gone, the couple faces the reality of who they are individuals and where they stand as a couple. Turtle Hill, Brooklyn is a stand-out gay flick that’s been largely overlooked. 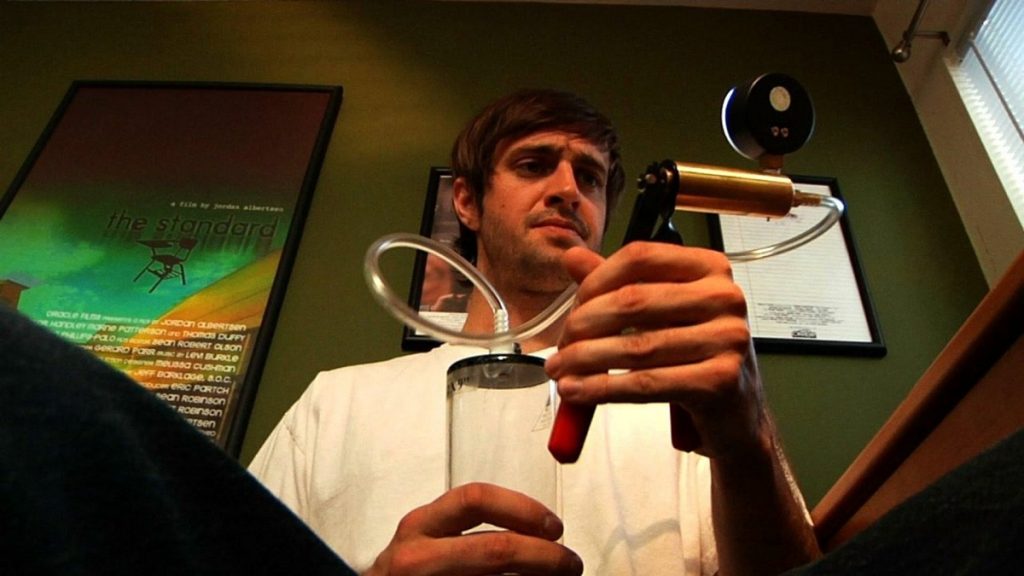 Unhung Hero is technically a documentary that follows a straight dude, but Dan Savage is in it so we’re giving it a pass. Also, it’s fun! When straight cutie-pie Patrick Moote‘s girlfriend rejects his marriage proposal at a UCLA basketball game on the jumbo-tron, it unfortunately goes viral and hits TV networks worldwide. Days after the heartbreaking debacle, she privately reveals why she can’t be with him forever: Patrick’s small penis size. Unhung Hero follows the real life journey of Patrick as he boldly sets out to expose this extremely personal chapter of his life confronting ex-girlfriends, doctors, anthropologists and even adult film stars. From Witch-doctors in Papua New Guinea to sex museums in Korea, Patrick has a lot of turf to cover on his globe trotting adventure to finally answer the age old question: Does size matter?